The deficit this year may fall to below $700 billion, but that is still huge at a time of a record near $17 trillion in debt, and comes despite a supposedly recovering economy and more revenue, despite recent sequestration cuts, despite dramatic 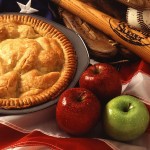 gains in U.S. domestic energy production, despite the return of the Clinton-era tax hikes to the top brackets, and despite the end of the war in Iraq and the wind down in Afghanistan.

Wars, tax cuts on the wealthy, and out-of-control defense spending were all in the past variously cited as causing these huge deficits. In fact, the more compelling causes were always chronically slow economic growth, out-of-control federal spending, and the exemption of nearly half of America from paying any income tax at all.

No wonder we have a deadlock, when the best medicine for restoring fiscal health—stronger GDP growth through suspending Obamacare, opening up federal gas and oil leasing, cutting back on new regulations, and reforming the tax code—is apparently seen as worse than the disease of huge annual deficits.

So we will continue to fight over redistributing a shrinking pie, in hopes that now institutionalized near-zero interest rates will keep allowing us to service a rising debt that otherwise would have crushed us long ago.

The winners at the top in all this are Wall Street that does not have to do much, as hundreds of billions of dollars flock to it in search of any return at all, and, at the bottom of the pyramid, those receiving increased entitlements and federal assistance who pay no income taxes—while the bigger losers are most everyone else in between, struggling with steep gas, food, and power costs, but especially the vanishing upper-middle, job-creating, entrepreneurial classes who are paying more taxes, receiving no returns on their savings accounts, and facing ever more federal fees and regulations.

No wonder a pyramidal U.S. is beginning to look like a chic Palo Alto or Upper West Side elite atop a romanticized and avoided underclass, with a shrinking and caricatured class in-between.