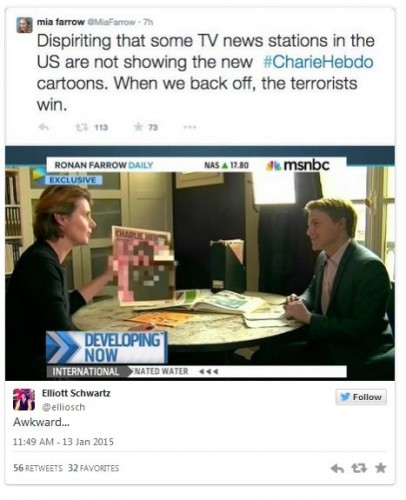 In the current tensions with the Islamic World, pundits bandy about received wisdom that in fact is often ignorance. Here are a few examples.

1)  The solution of radical Islam must come from within Islam.

Unfortunately, there is no reason to believe that any of these scenarios is soon likely. Nor is there much historical support for autocracies and totalitarian belief systems collapsing entirely from within. Hitler was popular enough among Germans until the disaster of Stalingrad [2]. The Soviet Union only imploded under the pressures of the Cold War [3]. Mussolini was a popular dictator — until Italy’s losses in World War II eroded his support. The Japanese emperor only was willing to end the rule of his militarists when Tokyo went up in flames and the U.S. threatened more Hiroshimas. Only the collapse of the Soviet Union and its bloc pulled the plug on the global terrorism of the 1980s.

Until Muslims themselves begin to sense unpleasantness from the crimes of radical Islam, there is little likelihood of Islamism eroding. Were France to deny visas to any citizens of a country it deemed a terrorist sponsor, or to deport French residents that support terrorism, while weeding out terrorist cells, then gradually Muslims in France would wish to disassociate themselves from the terrorists in their midst. If the U.S. adopted a policy that it would have no formal relations with countries that behead or stone, Islamists might take note.

True, current polls attest that grassroots support for Islamic terror is eroding among Muslim nations, largely because of the violence in Libya, Syria, Iraq, and elsewhere that is making life miserable for Muslims themselves.

But if even only 10% of the world’s 1.6 billion Muslims favor radical Islamists, the resulting 160-million core of supporters is quite large enough to offer needed support. Again, by 1945 most Germans would have polled their opposition to Hitler. But that fact was largely meaningless given the absence of action against the Nazi hierarchy.

In truth, the majority of Muslims may oppose Muslim-inspired violence in their homelands, but will do so abroad only if radical Islam diminishes the influence and prestige of Muslims. If terrorism does not, and instead another charismatic bin Laden wins the sort of fear abroad and popularity at home (cf. his popularity ratings in some Muslim countries circa 2002), then it matters little that most Muslims themselves are not actual terrorists — any more than the fact that most Russians were not members of the Communist Party or Germans members of the Nazi Party. Likewise, the idea that Muslims are the greatest victims of Muslim-inspired terrorism is not ipso facto necessarily significant. Stalin killed far more Russians than did Hitler. That Germans suffered firsthand from the evils of National Socialism was no guarantee that they might act to stop it. Mao was the greatest killer of Chinese in history; but that fact hardly meant that Chinese  would rise up against him.

3) There is no military solution to radical Islam.

Yes and no. The truth is that military action is neutral: valuable when successful, and counter-productive when not. In 2003, there were few terrorists in Iraq. In 2006, there were lots. Then in 2011, there were few. Then, in 2014, there were lots again [4]. The common denominator is not the presence or absence of U.S. troops, but the fact that in 2003 and 2011 the U.S. military enjoyed success and had either killed, routed, or awed Islamists; in 2006 and 2014 the U.S. military was considered either impotent or irrelevant. U.S. military force is counter-productive when used to little purpose and ineffectively. It is invaluable when it is focused and used successfully. If the U.S. bombing campaign against the Islamic State were overwhelming and devastating Islamic state territories, it would matter. Leaving a Western country to join the jihad in Syria would be considered synonymous with being vaporized, and the U.S. would find itself with far fewer enemies and far more allies.  Otherwise, sort of bombing, sort of not will have little positive effects, and may do more harm than good.

4) Reaching out to Islam reduces terrorism.

It can. No one wants to gratuitously incite Muslims. But the fact that Mediterranean food and Korans were available in Guantanamo [5] did not mean that released terrorists were appreciative of that fact or that the world no longer considered the facility objectionable. Obama’s name, paternal lineage, apologies and euphemisms have neither raised U.S. popularity in the Middle East nor undermined the Islamic State.

The 2009 Obama Cairo speech went nowhere. Blaming the filmmaker Nakoula Nakoula for Benghazi [6] did not make the Tsarnaev brothers reconsider their attack at the Boston Marathon. The use of “workplace violence” and declarations that the Muslim Brotherhood is secular or that jihad is a legitimate religious tenet has not reduced Islamic anger at the U.S.

The Kouachi brothers did not care much that under Obama Muslim outreach has become a promised top agenda at NASA. Backing off from a red line in Syria did not reassure the Middle East that the United States was not trigger-happy. Had Obama defiantly told the UN that Nakoula Nakoula had a perfect right to be obnoxious while on U.S. soil, or had the Tsarnaev family long ago been denied entry into the United States, then Islamic terrorists might at least have had more respect for their intended victims.  Current American euphemisms are considered by terrorists as proof of weakness and probably as provocative as would be unnecessary slanderous language.

The best policy is to speak softly and accurately, to carry a large stick, and to display little interest in what our enemies think of our own use of language. The lesson of Charlie Hebdo so far is that the French do not care that radical Islamists were offended and so plan to show the cartoons any way they please. If they stay the course, there will eventually be fewer attacks; if they back off, there will be more.

5) We need to listen to Muslim complaints.

No more than we do to any other group’s complaints. Greeks are not blowing people up over a divided Nicosia. Germans are not producing terrorists eager to reclaim East Prussia, after the mass ethnic cleansings of 1945. Muslims are not targeting Turks because Ottoman colonial rule in the Middle East was particularly brutal. Latin Americans are not slaughtering Spaniards for the excesses of Spanish imperial colonialism.

Christians are not offended that Jesus is Jesus and not referenced as the Messiah Jesus in the manner of the Prophet Mohammed. The Muslim community has been constructed in the West as a special entity deserving of politically correct sensitivity, in the manner of privileged groups on campus that continuously suffer from psychodramatic “micro-aggressions.” That Muslims abroad and in the West practice gender separation at religious services or are intolerant of homosexuals wins greater exemption from the Left than a Tea Party rally.  If the West were to treat satire, parody and caricature of Islam in the fashion of other religions, then eventually the terrorists would learn there is no advantage in killing those with whom they disagree. Once Westerners treat Islam as they do any other religion, then the Islamist provocateurs will be overwhelmed with perceived slights to the point that they are no longer slights. The Muslim world needs to learn reciprocity: that building a mosque at Ground Zero or in Florence, Italy, is no more or no less provocative than building a cathedral in Istanbul, Riyadh, or Teheran.

[3] the pressures of the Cold War: http://vpostrel.com/blog/reagan-vs-communism-and-conventional-wisdom

5 thoughts on “Untrue Truisms in the War on Terror”