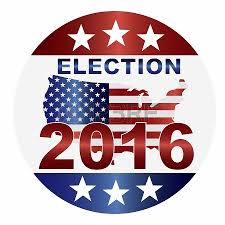 Nothing much the Republicans have done explains why they are on the verge of taking back the Senate and making gains in the House.
Not since the summer of 1974 or October 1980 have we see a presidency in a total meltdown. Abroad, ISIS, Putin, and the bullying Chinese have revealed that the Obama administration is either clueless or has subordinated foreign policy decisions to rank politics — or both. At home we have Ebola. Meanwhile, the list of corrupt, incompetent or politically rogue federal agencies keeps growing — the VA, ICE, the NSA, the IRS, the Secret Service … even the Patent and Trademark Office. Each day we learn yet another story about how corrupt Eric Holder’s Justice Department is — the latest a vendetta against a California timber company.

Allowing flights to Monrovia, Liberia, follows the same sort of script that told us Benghazi was a spontaneous demonstration caused by a right-wing video maker. Susan Rice still goes on Sunday television shows and tells whoppers. Another partisan czar, Ron Klain, knows little about what he is supposed to salvage other than to finesse the politics of disaster — reminding us of Rahm Emanuel’s “never let a serious crisis go to waste.” When Obama’s starts out with “make no mistake about it,” we know something along the lines of the Obamacare falsehoods inevitably follows.
Those not working are at all-time highs. Zero-percent interest rates have impoverished the middle class and enriched the Wall Street elite. Our youth, saddled with $1 trillion in student debt, will have to pay back much of the $18 trillion national debt, more than a third of it piled up by this administration. Unsustainable entitlements will strangle the futures of anyone under thirty.
In reaction, Democratic congressional and Senate candidates choose to orphan themselves from Obama.  Even Jimmy Carter finds Obama wanting. Two former Obama secretaries of defense describe him as vacillating, predicating foreign policy decisions on politics.
Given such a disastrous Democratic landscape, it may be penny-wise for Republicans to eek out a midterm victory to win back the Senate by being against anything Obama is for. But it is a pound-foolish strategy that won’t do anything to stop Hillary Clinton or a Democratic resurgence in 2016.
In a word, the Republicans have several issues that resonate with the middle class, and yet they either cannot or will not cast them in a populist vein.
Take so-called “immigration reform.” Reasonable people can disagree on the specifics of ending illegal immigration, but they cannot claim that illegal immigration has not undercut the working classes’ wages, nearly bankrupted social services in the American Southwest, made a mockery out of federal law, and largely served the elite interests of the Chamber of Commerce and La Raza insiders. The issue cuts across class lines, with the poorer and the middle class opposed to blanket amnesties, while wealthy ethnic elites and corporate interests demagogue for them. Enforcing the border, making legal immigration ethnically blind, predicating immigration eligibility on skills and education, deporting all illegal aliens who have criminal records, no record of employment, and have only recently arrived — while offering a pathway for residence to the law-abiding, working, and those of long residence are all populist positions. And yet elitists like Mark Zuckerberg and ethnic demagogues, who cynically tie immigration with tribal affinities and future political constituencies, somehow have pegged the Republican Party as nativist, xenophobic, and racist for wanting existing laws enforced and immigration to be adjudicated by character and skills not race and ethnicity.
Energy should be entirely a populist issue as well. Fracking and horizontal drilling on public lands, and building the Keystone pipeline, while allowing more coal production, lower energy and gas prices and benefit the middle classes. Boutique liberalism favors crony capitalist wind and solar subsidies, and higher taxes on carbon consumption that fall inordinately on the poor. The wealthy have the capital to worry about global warming in a way the strapped commuter in a used Explorer does not. Former Energy Secretary Steven Chu’s dream of European gas prices in America and Barack Obama’s boast of skyrocketing coal-produced electricity rates were proof of moneyed elitism, and a managerial class that never had to choose between turning on the air conditioning in 104-degree Bakersfield or filling the third-hand Bronco with gas.
It is hard to see how students can be liberal. Universities, with a wink and nod from federal loan programs, have consistently raised tuition rates well beyond the rate of inflation, without prepping students with the skills necessary to land decent jobs.  The university turns students loose on every race/class/gender issue except the access to a competitive and affordable education to enable upward mobility for the middle class.  Enrolling in expensive classes like the poetics of manhood will not prep the indebted student in logic, communication skills and factual knowledge. The paradox was best typified recently by Hillary Clinton lecturing at the University of Nevada at Las Vegas on the dangers of student debt, as the UNLV foundation paid her $225,000 for her hour of sermonizing while students’ tuition hikes spiked at near 20% per annum.
Near-zero interest rates have devastated the retirement plans of the middle class, given that a lifetime savings of $100,000 earns about a $100 a month in income on passbook accounts. The wealthier classes understand how to (and can afford to) speculate in the stock market that has zoomed under Obama’s cheap-money, no-interest polices.
Protection of the First and Second Amendments should likewise become a populist issue. The threat to free speech comes from liberals. Most university and workplace speech codes are contrary to the Constitution. The Left banishes speakers like George Will from campuses, but welcomes in hard-core ex-felons like Angela Davis.  The mayor of Houston wants to monitor local church communications to determine whether she finds them insensitive to gays. Big Brother is now a progressive model.
The rich have access to private security guards. There are guns aplenty in the hands of criminals. But access to firearms is a basic right of home defense for the middle classes. As a rule of thumb, the politicians and Hollywood elite, who castigate the law-abiding gun owner, at one time or another have been protected by guards with concealed handguns.
“Obama did it” is for now an effective campaign slogan. Referencing low taxes/smaller government is wise. The need for a credible military is essential. But if the Republicans wish to make permanent inroads among the middle class, the young, and the poor, they must argue that more gas and oil, closed borders, moderate interest rates, free speech, and reasonable access to firearms are populist issues, which is why the Democratic Party of the very rich cares so little about them.