“It was a delight to hear the voice speaking, all that it said seemed wise and reasonable, and desire woke in them by swift agreement to seem wise themselves.” 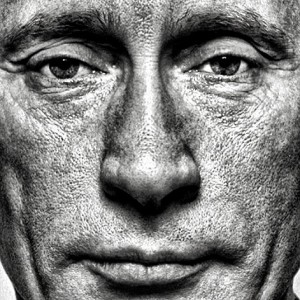 than ensuring freedom inside Russia, it seems even more lamentable that his impressive prose likewise is not put to better use. Putin’s letter to us, the American people, is brilliant sophistry. The best rhetoric is always that which blends truth with half-truth and occasional fiction. In Putin’s case, he did all that—while offering the dessert of channeling Obama back to Obama.

Of course, as Putin reminds us, we fought together in WWII and should agree that such cooperation should be emulated. Russia suffered enormous losses for the Allied cause. Without such heroic sacrifices, the Anglo-American alliance may well have lost the war.

Yet Putin forgets to remind us that Russia’s war with Germany was prompted by betrayal. Russia was a de facto ally of Hitler. It kept sending him enormous amounts of material to help defeat France and attack Britain. Only Hitler’s 1941 double-cross caused the Soviets to make war with Nazi Germany.

We all, like Putin, wish the Security Council veto really had ensured the stability of international relations for decades. In fact, authoritarian regimes, like Putin’s Russia and Communist China, have consistently thwarted efforts to address human-rights violations—unless the charges are mostly false and mostly lodged against democratic Israel.

It is odd that Putin laments the demise of the League of Nations, given that the League—which the U.S. never joined—expelled Russia in 1939 for unilaterally attacking Finland. Putin points out that the U.N. might suffer the same fate “if influential countries bypass the United Nations and take military action without Security Council authorization.” I suppose that might include the 2008 Russian use of force over Ossetia.

Many of us share Putin’s concern about bombing Syria—yet from a slightly different perspective that such preemption, as it is envisioned and to the extent that it is even seriously envisioned, will not only not advance humanitarian solutions, but will harm present U.S. interests.

Putin’s fatherly lament evokes surprise when he says that any planned American unilateral action might “undermine multilateral efforts to resolve the Iranian nuclear problem.” When has Putin ever considered theocratic Iran’s efforts to acquire a bomb much of a “nuclear problem”—given that Russia routinely sells the regime weapons and technology useful for proliferation, and provides it with political cover?

Putin is certainly right to point out of Syria that “this internal conflict, fueled by foreign weapons supplied to the opposition, is one of the bloodiest in the world.” The misery, of course, is also due in large part to Putin himself, who insists on fueling the crisis by upping arms shipments to the Assad regime, many of which are used against third-party civilians. If Putin is right (and many of us think that he is) that the opposition to Assad is characterized by the inclusion of unsavory Islamists, he also must know that the Assad family regime is itself a criminal enterprise with a long history of bloodshed, from mass murder at Hama to assassinations in Lebanon.

Putin sounds so reassuring when he reminds us:

We need to use the United Nations Security Council and believe that preserving law and order in today’s complex and turbulent world is one of the few ways to keep international relations from sliding into chaos. The law is still the law, and we must follow it whether we like it or not.

Yet the smashing of Grozny or Russian violence in Georgia, even in such complex situations where Russians had understandable grievances and worries, seems to suggest that Russia acts in its perceived national interest to preserve its version of “law and order”—and without much worry about what the U.N. happens to think.

Still, what might have nonetheless been a brilliant rhetorical trope was mostly ruined with, “No one doubts that poison gas was used in Syria. But there is every reason to believe it was used not by the Syrian Army, but by opposition forces, to provoke intervention by their powerful foreign patrons, who would be siding with the fundamentalists. Reports that militants are preparing another attack—this time against Israel—cannot be ignored.”

In fact, there is not every reason to believe that gas was used by opposition forces. There is real confusion about who used the gas. According to the U.N., which Putin now appeals to for ultimate adjudication of international differences, the Syrian government is the more likely suspect. Putin is rightly worried about a gas attack against Israel. If it were to come, however, there is a good chance that the incoming missiles would have been sold, supplied, or manufactured by Russia, and launched by a Russian client or friend, and mostly in desperate aggressive fashion, without Israeli provocation.

Putin, like lots of Americans, questions both the efficacy and the morality of our frequent interventions abroad. He is right to remind us that they sometimes may not be in our own interests. But most often when they stall, they do so out of misguided idealism. For example, Russia never much worried about constitutional order in Afghanistan. Both nations may have proved incompetent in their respective nation-building there, but our ultimate aims were not the same as Russia’s. Putin’s U.N. never joined the Russian “nation-building” effort there as it did the American.

Just when Putin returns to the mesmerizing propaganda, and seems to be again scoring points, he jolts readers back to reality with the following: “The world reacts by asking: if you cannot count on international law, then you must find other ways to ensure your security. Thus a growing number of countries seek to acquire weapons of mass destruction.”

Well, yes, but most often the violators are simultaneously proliferators, searching to enhance their outlawry, not to react to the lawlessness of others. A few of them are either de facto friends of Russia or former clients. Here one thinks of North Korea and Iran in particular, whose success in getting or almost getting a bomb, and promoting terrorism has not always earned Russian condemnation or a severance of relations. Oddly, in the long run, Russia has more to fear from its friends like a soon-to-be-nuclear Iran or North Korea than it has from U.S. allies like Germany, Taiwan, South Korea, and Japan that all could easily become nuclear, but choose not to.

Russia’s oil blackmail, trade threats, artillery barrages, and tank advances, might cause the Eastern Europeans, the Chechnyans, and the Georgians to agree with Putin that, “We must stop using the language of force and return to the path of civilized diplomatic and political settlement.”

After calling the U.S. secretary of state a “liar” and “pathetic,” only someone as brazenly confident in his mellifluousness as Vladimir Putin could write, “My working and personal relationship with President Obama is marked by growing trust.”

Putin ends with another flourish in lecturing the U.S. in response to Obama’s pleas that America is always exceptional in its concern for stopping atrocities abroad:

And I would rather disagree with a case he made on American exceptionalism, stating that the United States’ policy is “what makes America different. It’s what makes us exceptional.” It is extremely dangerous to encourage people to see themselves as exceptional, whatever the motivation. There are big countries and small countries, rich and poor, those with long democratic traditions and those still finding their way to democracy. Their policies differ, too.

Putin, I think, is reminding us that it was largely from Barack Obama himself. “I believe in American exceptionalism, just as I suspect that the Brits believe in British exceptionalism and the Greeks believe in Greek exceptionalism,” said our president. Like Obama here, Putin too believes that everyone is about the same, both democracies and perhaps those like Syria (and Russia?), which Putin might be thinking of when he says that they too “are still finding their way to democracy.”

Putin saves the best for last. As the man who ended the Chechnyan war on rather tough terms, he now assumes the role of a campus-diversity czar: “We are all different, but when we ask for the Lord’s blessings, we must not forget that God created us equal.”

Ask a Russian critic of Putin if there is such concern for respecting differences inside Russia.

So what to make of Putin?

A year ago the world snubbed him over his cynicism in arming Bashar Assad to the teeth. But incrementally his stature has increased, while ours has shrunk. At each moment that Obama and his associates have so loudly sermonized—about Assad having to leave, red lines over WMD that would earn U.S. responses, shots to come across the bow, unbelievably small attacks to follow, a U.S. that doesn’t do pinpricks, a Congress to be bypassed, to become the car that the dog caught, to be put off or ignored if not compliant, an Assad as “reformer” and “moderate,” especially in comparison to Qaddafi, who in contrast really did earn his Tomahawks—Putin has acted and quietly so.

He upped his arms shipments to Syria and now Iran. He quietly dispatched his vessels and did not dub them “my military.” He, the egoist, sparingly uses “I”; our president the supposed consensus builder promiscuously so. He reminded Americans of the demonstrably true fact of Islamists in the opposition and lied about the probably false fact that the Assad government is not using WMD. In general, Putin has conveyed a tougher military stance than has the far more powerful U.S., a more humanitarian image than our smart- and soft-power leadership (do we still remember Hillary’s public chortle about Qaddafi—“We came, we saw, he died”?), and a more internationalist pose than our Nobel Laureate internationalist.

Putin lecturing Obama on the sacred value of the U.N.— who’da thunk it?

If a Russian dissident wrote and had published such a cry of the heart to the Russian people, begging Vladimir Putin to stop his harassment of opposition groups, journalists, gays, and ethnic activists, and to moderate his behavior toward the former Soviet republics, he would either be jailed or disappear. That we not merely forget that fact, but are now increasingly unaware of it, is testament to Putin’s political genius that has capitalized on each embarrassing American mishap.

That we now receive sermons from Putin not just about morality, but even about U.S. self interest, and that such advice is only two-thirds fantasy is testament to our own recent ineptitude and confusion—and, yes, to this administration’s bad habit of engaging in its own fantasies and obfuscations.

Sadly Putin is now an impressive creature—but one in part of our own making. Mr. Putin, the fact that you are a more adroit Machiavellian than our own president is a Wilsonian proves only that you are the superior strategist—not the moralist you imagine yourself, and surely not more moral than the president whom you seem so easily to embarrass.