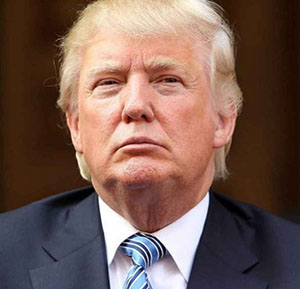 The more analysts try to figure out Donald Trump’s appeal, the more they sound baffled.

Pundits cite Trump’s verbal sloppiness and ridiculousness as proof that he must soon implode. But Trump sees his daily bombast as an injection of outrage for a constituency now hooked on someone who finally voices their pent-up anger. The more reckless Trump’s doses of scattergun outrageousness, the better the fix for his supporters.

Trump’s vague “make America great again” was the natural bookend to Barack Obama’s even more vacuous “hope and change.” The popularity of such empty slogans reflects a culture in which no one any longer trusts institutions, the media, government, or politicians.

The public no longer respects U.S. Immigration and Customs Enforcement, the IRS, the VA, or the GSA. Even the once-hallowed Secret Service has become a near laughingstock of incompetency, corruption, and politicization. Is the purpose of NASA really Muslim outreach, as NASA chief Charles Bolden suggested in 2010?

The world that we are told about by our government bears no resemblance to what we see and hear every day.

President Obama has exacerbated this current disconnect between the public and its officials. In unserious fashion, he shares his selfies, parades his annual Final Four picks, and jets off to Los Angeles to appear on late-night talk shows, even as he hectors Americans in sermons about their Islamophobia, their carbon footprints, their immigration xenophobia, and their gun obsessions.

Did the public earn such presidential rebukes because it believes that jihadism at home and the Islamic State abroad are more dangerous than global warming? Or because disarming law-abiding citizens will not prevent law-breaking criminals and terrorists from obtaining illegal weapons? Or because it is unwise to open the borders to anyone who can make it into the United States, few questions asked?

The first reaction of Attorney General Loretta Lynch after the recent San Bernardino terrorist attack was to warn the country about Islamophobia. Her implicit message to the families of the dead was not that the government missed a terrorist cadre or let Islamic State sympathizers carry out a massacre. Instead, she worried more about Americans being angry at the inability of the tight-knit Muslim community to ferret out the extremists in its midst.

So we live in an age of disbelief.

The government reports that a record 94.4 million Americans are not in the labor force. That is almost a third of the country. How can the same government declare that the official unemployment rate is only 5 percent?

Economists warn that a $20 trillion national debt cannot be serviced without major calamities once interest rates rise. Yet even as interest rates are scheduled to go up, the government still borrows nearly $500 billion a year. It calls that profligacy fiscal prudence, because the borrowing is below the usual $1 trillion a year.

It may or may not have been wise for the Supreme Court to sanction gay marriage, or for the Pentagon to allow women in the military to join all combat units, or for the president to tacitly end border enforcement.

But these changes were not made by majority legislative decision. And they have come thick and fast without time for the public to digest their consequences. Instead, if a new idea or agenda lacks majority support, then activists can confidently look for a court or bureaucracy to implement change by top-down order.

In short, millions of citizens think the nation is headed for a financial reckoning. They feel threatened by radical Islamic terrorism. They sense that cultural and social stability has disappeared. And they know that expression of these worries can be a thought crime — hounded down by politicians, media, universities, and cultural institutions that do not enjoy broad public support and are not subject to the direct consequences of their own ideologies.

Amid these crises and the present absence of responsible leadership, if there were not a demagogic Donald Trump ranting and raving on the scene, the country would probably have to invent something like him.