He will not be harmed by his “misspeaking,” but his fellow liberals will.

Conservatives keep blaring, “Obama lied!” over the president’s serial untruths about the Affordable Care Act. Even liberal pundits now talk of the president’s “misspeaking,” or even of his “misleading” statements and only so-so corrections. 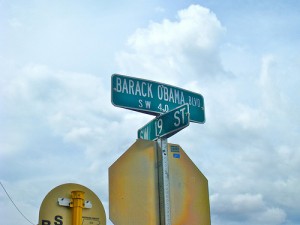 Obama is an iconic figure who will survive even the latest scandal of flatly misleading the American people, just as he was not harmed much by being less than honest about Benghazi, the AP monitoring, and the IRS and NSA scandals.

Obama has proved disingenuous, without suffering many consequences, for much of his tenure — raising taxes when he said he would not; vastly increasing the national debt when he said he would cut the deficit in half by the end of his first term; promising lower unemployment when in fact he has presided over a jobless rate of 7 percent or more for every month of his administration; bragging about new gas and oil production, which actually came on private land despite, not because of, his efforts; claiming credit for reducing a deficit that fell only because of the sequestration that he fought, and only because his previous deficits were so staggering that they were not sustainable.

Yet if public reactions to these past scandals are any benchmark, Obama will survive the Obamacare fiasco as well. In two or three months, he will no doubt return to a near-50-percent approval rating in the polls. Almost half of America is invested in his landmark personal profile, or welcomes the vast increase in federal redistributive payouts and equates it with the Obama ideology and presidency. The media saw Obama the icon as reaffirmation of their own guilt-free liberalism and therefore became deductive rather than empirical.

Once he leaves office, Obama no doubt will pattern his post-presidency after Jimmy Carter’s, with the bitter critiques of more successful successors, and after Bill Clinton’s, with the huge speaking fees that leveraged public service into a multimillion-dollar industry. In sum, the damage that Obama does will not be to himself, but rather to the notion of principled liberal critiques of conservatism’s supposed excesses. It will be up to Hillary Clinton to explain how liberal Democrats since 2009 have protected our civil liberties; made us stronger and more popular abroad and more financially sound at home; brought competent, affordable health care to all; helped the middle class; reduced joblessness; and insisted on transparent, scandal-free government.

Remember the liberal uproar — led by Senator Obama — over the Bush-Cheney anti-terrorism protocols, especially renditions, preventive detentions, tribunals, Guantanamo Bay, drones, and the Patriot Act? For nearly eight years, the liberal critique of the Bush administration was that it had essentially shredded the Constitution over a puffed-up “war on terror.” That supposedly principled attack was rendered “inoperative” when Barack Obama became president, embraced or indeed expanded almost every measure that he had previously demagogued, and then expected — and received — a tacit pass from a suddenly quiet Left. Closing Guantanamo is a dead letter. Drones, the use of which has increased tenfold since 2008, are a sort of Zen way of killing suspects without brouhaha.

Michael Moore, Cindy Sheehan, and the congressional Democratic antiwar caucus are nowhere to be found. Apparently the rebranding of the entire 2001–2008 anti-terrorism package as Obama’s ended all the old constitutional worries. When a Republican next takes the White House, we may hear about shredding the Constitution, but Obama’s tenure has ensured that no one will take such flip-flop-flip criticism seriously any more.

Indeed, civil liberties are no longer a liberal issue. No president since Richard Nixon has done more to endanger the constitutionally protected rights of the individual than has Barack Obama — again with the approving silence of the liberal Left. Did anyone care that a video-maker was jailed on trumped-up charges of parole violations (and kept in jail for more than ten months) after wrongly being accused by the president and secretary of state of causing the Benghazi attacks? Had George W. Bush monitored the communications of liberal Associated Press reporters, had his appointees in the IRS gone after Moveon.org or Media Matters, had he presided over a vast NSA spying operation that tapped “Angie” Merkel’s cell phone and was exposed by a high-school-dropout contractor, or had his national-security adviser lied five times on national television about the cause of an attack on American facilities abroad that took the lives of four Americans, including an ambassador, Bush would now be facing liberal calls for impeachment.

There is no longer much principled left-wing opposition to unilateral U.S. intervention abroad. Barack Obama “led from behind” in Libya, leaving Tripoli as a Mogadishu on the Mediterranean. There was not much criticism of that disaster, even though the president did not go to the U.S. Congress for permission to bomb Libya — the first time since the Korean War that a president had skipped consulting Congress but instead asked the U.N. for permission to attack a sovereign nation. In Syria, Obama further embarrassed the Left by announcing that he would not consult Congress before bombing Assad, then that he would consult Congress, then that he would abide by its decision only if it approved his proposed intervention — and finally that he would not intervene at all.

Speaking of the United Nations, no president in recent memory has done more to undermine its credibility. Barack Obama won two resolutions, the first authorizing a no-fly-zone protectorate over Libya and the second authorizing humanitarian assistance. Then he exceeded both by bombing in support of insurgent ground operations. The result was that both China and Russia were determined not to be played again by the U.S. and so later wrecked any chance that the United Nations might authorize a limited intervention in Syria.

The U.N., after a great deal of pressure on the part of the U.S., finally authorized stiff sanctions on Iran. Now the Obama administration has been unilaterally seeking to soften those sanctions without international consensus — the foreign-policy counterpart to Obama’s abruptly dropping the employer-mandate portion of Obamacare. The result again is that there will be no credible liberal critique of a conservative unilateralist president in the future, should he likewise sidestep the United Nations to bomb as Obama wished to do in Syria, or simply undermine a U.N. resolution as he has with Iran, or exceeded one as he did in Libya. Will liberals accuse the next president of insufficiently consulting or complying with the U.N.?

During the Bush first term there was a liberal critique of Republican excessive deficit spending. By 2007 Barack Obama had made it an unlikely but effective Democratic issue, and thus Obama himself the next year labeled the president in McCarthyesque terms as “unpatriotic” for his serial deficits. That liberal issue of reckless deficits too has vanished. Barack Obama is on course to have incurred more red ink in eight years than all prior presidents combined.

Obama has left other dilemmas for liberals. He was the largest recipient of Goldman Sachs and BP money in history. His financial team — notably Peter Orszag, who left the administration for Citigroup, and Jack Lew, who came to the administration from Citigroup — are proverbial revolving-door Wall Street fat cats who, in the parlance of Occupy Wall Street and Elizabeth Warren, did not really build their own wealth. It will be hard to take seriously any future liberal critique of a Republican cozying up to Wall Street.

In other areas, hypocrisy gives way to incoherence. Obama seems to oppose fracking and horizontal drilling on public lands, but he cites private development as proof that his administration has done more to promote U.S. fossil-fuel production than any other in history. In terms of the deficit, forced sequestration is damned as reckless and yet becomes the basis for bragging about reductions in the deficit.

The middle class? In terms of disposable income, jobs, and per capita net worth, the two Obama terms are becoming a disaster — though not for the 1 percent and for Wall Streeters generally, who are the beneficiaries of an acceleration in income inequality. Ditto the tragedy of minority employment; under Obama it has nosedived. Obama can, of course, talk of working for the middle class, but his fiscal, energy, and regulation policies are emasculating it.

Barack Obama will survive his debacles in Benghazi and Syria, and his alphabet-soup IRS, AP, NSA, and ACA scandals. But the credibility of his supporters and of the media, which sacrificed principle for Obama’s own expediency, will not.