Most two-term presidents leave some sort of legacy. Ronald Reagan won the Cold War. George W. Bush prevented another 9/11, and constructed an anti-terrorism protocol that even his critical successor embraced and often expanded. 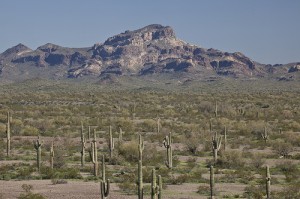 Even our one-term presidents have achieved something. JFK got Soviet missiles out of Cuba. LBJ oversaw passage of civil rights legislation. Jerry Ford restored integrity to the White House. Jimmy Carter finally issued the Carter Doctrine to stop Soviet expansionism at the Persian Gulf. George H.W. Bush won the first Persian Gulf War and got Saddam Hussein out of Kuwait.

And even our impeached or abdicated presidents at least left some positive legacies. Richard Nixon went to China and enacted détente. Bill Clinton through compromise balanced the budget and incurred budget surpluses.

The economy is anemic. We have never seen unemployment dip below 7% in the last five years. Real jobless rates that include those who have given up on working are perhaps double the official figures. By 2017 the national debt will have doubled. The stimulus did not lead to a “summer of recovery.”

Near zero interest rates, vast expansions in the money supply, and huge increases in federal redistributive payouts have not jump-started anything — except to end entirely the cherished American idea of receiving a modest interest rate on lifelong passbook savings accounts. The middle class has been squeezed as never before, lacking the administration’s romance of the poor and its crony-capitalism connections of the rich.

Even with new taxes on top incomes, the end of the war in Iraq, sequestration, and a supposed recovery, the 2013 annual deficit will still near $700 billion — a bragging point for Obama, given that this is the first year of his administration that we did not borrow over $1 trillion. To the degree that Obama has made headway — the sequestration forcing cuts and reducing the 2013 budget deficit somewhat, or gas and oil production soaring on private lands — success has come despite his opposition, not because of his advocacy.

Not since Richard Nixon have we seen such a record of scandal. The disclosures of wrong-doing and cover-ups now come so often that they become mind-numbing — Fast and Furious, Benghazi, and the IRS, AP, NSA, and ACA messes. After the president’s flips and flops over Syria, confusion about Egypt, and leading from behind in Libya, no one believes him — which is why also that no one was surprised at home about the untruth about Obamacare. In such a context, misdeeds like the Pigford payouts or Solyndra do not even raise an eyebrow.

Foreign policy is likewise in shambles. No one in the administration brags of “leading from behind” in Libya, or of “reset” with Russia, or of “red lines” and “game changers” in Syria. On most foreign policy issues, Obama is to the left of the current French socialist government. A Nobel Peace Prize laureate’s legacy is trying to bypass the UN about Syria, exceeding the UN mandate in Libya, and now ignoring it with Iran.

I know of no major Democrat figure who claims a foreign policy success for this administration — unless estrangement from Israel, or the courting of Islamists in Turkey and Egypt, or open mic promises to go easy on Russia after the election count. The irony is that the more the Obama administration has courted our enemies — Venezuela, the Islamist Middle East, Iran — the more they have disliked us, as our appeasement earned contempt rather than appreciation of magnanimity. There is no longer an American-led West. Germany is becoming the world’s fiscal arbitrator, France the Western bulwark against radical Islam, Japan the impediment to Chinese expansionism, Israel and the Persian Gulf the last chance to stop an Iranian bomb.

The Obama cabinet is the weakest in modern memory. Eric Holder was held in contempt of Congress. By his polarizing rhetoric (“my people,” “cowards,” etc.), he has helped to set back racial relations a generation. Kathleen Sebelius oversaw the most disastrous rollout of a federal program of the modern era. Chuck Hagel is becoming irrelevant at Defense.

John Kerry at State will be known for his promise of an “unbelievably small” bombing campaign to come against Syria — that in itself was explained by Obama as a non-pinprick. Hillary Clinton had declared Assad a “reformer,” scoffed off Benghazi as “what difference does it make?” and tried to parlay “Bush did it” into a foreign policy.

Steven Chu proved a sort of idiot-savant at Energy, reminding us that Nobel Prize winners can lack even an iota of common sense. Homeland Security Secretary Janet Napolitano’s chief task was finding ways to grant election-time amnesties without being caught at it, while inventing adolescent euphemisms for terrorism.

The less said about the quotes about a peaceful and secular Islamism from James Clapper and John Brennan the better. Citigroup’s Peter Orszag and Jack Lew were refutations of the Obama promises to end the revolving door between big money and big government.

Lisa Jackson at EPA quietly left, after fabricating a fake email identity of “Richard Windsor.” Press Secretary Jay Carney has made Ron Ziegler’s tenure appear veracious in comparison. Thomas Perez and Hilda Solis at Labor saw their job as the promotion of unionism at all costs.

Obama, the self-described constitutional lawyer, has done more to endanger personal liberty and the rule of law than any president since FDR put Japanese-American citizens into camps. Associated Press reporters were monitored. The NSA tapped personal communications. The IRS went after Obama’s opponents. An innocent video maker was jailed on trumped-up charges of parole violations after being falsely accused by the president and the secretary of State of inciting the Benghazi attacks. When a law was deemed inconvenient, Obama simply either overrode or ignored it, whether Obamacare’s employer mandate or federal border enforcement statutes.

The president’s “signature” legislation was supposed to be Obamacare, a federal takeover of health care only dreamed of by past liberal presidents, but pushed through on a strictly partisan vote by the charisma of Barack Obama. The problem with the more than 2,000 pages of Obamacare — frontloaded two years ago with freebies — was not just that its web-based delivery system was inoperative, but that its entire concept of supposedly supplying superior insurance to more people at less cost was fiscally impossible, while its central assumption that young healthy people would be willing to pay more for health care that they would rarely use to subsidize older people who would pay less for more coverage was ridiculous.

Is there an Obama legacy?

In a way, yes. He has mesmerized the media in a manner entirely unknown in past presidencies. No matter the scandal or policy failure, it will be almost impossible for Obama’s popularity to dip much below 40%. Yet even more importantly than hypnotizing a once-free press into a Ministry of Truth, Obama has redefined the scope and purpose of federal redistributive entitlements, turning them into the political means of creating a permanent dependent constituency.

For the Democratic Party, Obama has been a disaster, discrediting the professed liberal commitment to socialized medicine, civil liberties, lead-from-behind foreign policy, Keynesian economics, and an open transparent government skeptical of Wall Street big money and federal overreach. He also managed to pass almost no new initiatives with large Democratic majorities in the House and Senate in his first two years of governance, before losing the former in 2010 and perhaps the latter in 2014.

Obama has been compared to almost every out-of-his-league figure in mythology (Phaethon at the reins of his father’s out-of-control sun chariot, Icarus flying too high on frail waxen wings, Narcissus transfixed at a reflecting pool of his own image), cinema (Chauncey Gardiner of Being There, or Bill McKay of The Candidate), or literature (Shakespeare’s Hamlet or Orwell’s pigs prancing on two legs). In that regard, the Obama presidency, to paraphrase Hillary Clinton, requires a suspension of disbelief, and a “what difference does it make?” at each new unfolding scandal.

His tenure will be known as the Wilderness Years — nothing gained, much lost.