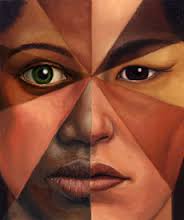 Race, class, and gender politics are not over, but maybe they are beginning to become just a bit stale.

Part of the progressive problem was the huge disconnect between assimilationist reality and tribal rhetoric. While the president went on the reprobate Al Sharpton’s radio show divisively to gin up the African-American bloc vote, Senator Scott was on the eve of winning an overwhelming Senate victory in South Carolina, with a supermajority that topped even veteran pol Lindsey Graham’s substantial margin of victory. In such a context, Mary Landrieu’s generic whines about gender and racial discrimination in the South are reduced to nonsense — likewise in a former state of the old Confederacy that had elected her twice as well as a governor of color.

In truth, race/class/gender politics have devolved into narcissistic tropes. Once a candidate becomes hooked on the tribal narcotic, then any slight interruption in supply causes hysterical withdrawal meltdown. We see that with Landrieu and also with the president, whose loyal activists have leveled an untenable charge against the American people: to the degree you vote twice for Obama you are exempted from charges of racism, at least until the moment you dare to examine his presidency on matters other than race and thus question his lack of performance.

In addition, in our sick political world, someone is supposedly authentically a “feminist” or an “African-American,” and their gender and race are essential not incidental to their characters, only to the degree they are leftists; otherwise they are either regressive or their race and gender are of no interest to the Left.

Again, that was an argument that voters simply are growing tired of.

There was also a level of populist sympathy at play as well: Someone like marquee candidate Sandra Fluke lacks the pragmatic experience of a Susana Martinez or Joni Ernst, and all the boilerplate feminist themes cannot hide the fact that the Democrats often mindlessly conflate race and gender with class. Perhaps emblematic of the strange coalition of liberal elite plutocrats and race/class/gender opportunists that now runs the Democratic party was not just the failed candidacy of someone like New York 19th congressional district challenger Sean Eldridge (multimillionaire husband of billionaire Facebook co-founder Chris Hughes), but the disastrously failed candidacy. Eldrige, for all his millions and green techie credentials, was crushed by nearly 30 points by the populist, war veteran, and scholar Representative Chris Gibson. Or take a congressional district like my own in California’s 21st, where a farmer of a Portuguese immigrant family, one-term incumbent David Valadao, buried by nearly 20 points his well-funded challenger Amanda Renteria , an Ivy League graduate, ex–Goldman Sachs analyst, self-described Latina DC congressional staff insider who recently moved back here to the valley, supposedly to take advantage of the fact that the Republican Valadao’s district has a 40 percent Democratic party advantage in registered voters, is 71 percent Hispanic, and voted overwhelmingly for Barack Obama in 2012.

For all her sterling education, staff experience, bi-coastal fundraising, ethnic fides, and progressive insider politics — her fundraisers featured Biden, Obama, and Feinstein — Renteria came across, fairly or not, as an outsider and an elitist. In contrast, Valadao (why would he be considered less “Latino” than is Renteria, as if an ancestry of poor Portuguese immigrants is less “Hispanic” than of poor Mexican immigrants?) was the far more authentic and down to earth in his concern for the practical issues of his constituents, such as energy and water.

Perhaps at last the voters are beginning to deconstruct what the Democratic party has become.