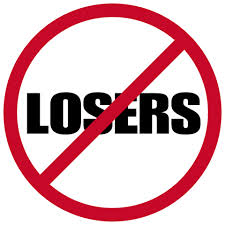 1. Barack Obama is now a toxic brand. Arrogance and incompetence are a fatal brew. If once his problem was his failed policies, now it is also his persona, especially the blame-gaming and sense of boredom on the job that borders on public petulance, as if he came into the presidency to save us, and we did not appreciate his godhead. “Make no mistake about it” and “Let me be perfectly clear” have become something like Sominex for most Americans. Let us hope that our enemies abroad in the next two years are confused by his erratic governance and at least find him as exasperating as we do.

2. Race/class/and gender baiting lost out to the dismal recovery, a foreign policy in shambles, a ruined health-care system, an alphabet soup of government corruption, and an Islamic State/Ebola/open border miasma of incompetence. The bankrupt idea that an amoral Al Sharpton was to be consulted on matters of race, while someone like a Senator Tim Scott would not be was always surreal. And the idea that a Wendy Davis or a Sandra Fluke was a model of feminist achievement in a way Joni Ernst was not was equally absurd. Character and achievement still matter. The problem with trying to get out the base with mythographies like Ferguson and winking and nodding at a blanket amnesty to come is not just the proverbial turned-off white male voter, but that minorities too either were not energized over these shrill appeals or themselves were not sure 160,000 children streaming across the border was a good thing, or that Ferguson was a clear-cut case of police brutality. All the demagoguing in the world could not change that.

3. Some polls seem to have transmogrified into pre-election partisan tools, given that a few Senate races and lots of governorships weren’t even close to supposedly scientific predictions. For example, what happened to the Rasmussen Poll? It seems not just unreliable, but predictably so in one direction, especially in terms of presidential popularity. A president supposedly always down only 5 to 8 percent in the polls would not have the cataclysmic ripple effect that we saw last night.

4. Fairly or not, the face of the Democratic party has been Debbie Wasserman Schultz, Harry Reid, and Nancy Pelosi. Not only were these three unappealing personalities prone to gratuitous slurs and strange outbursts, but their politics were demagogic and far out of the mainstream. They should and will soon disappear from the American political landscape and recede back into the mediocrity from which they somehow emerged.

5. The personalities and backgrounds of candidates matter. This time around there was an inspired screening of Republican candidates not so much on their ideological purity, but on their own biographies and sense of decorum in the manner they campaigned, especially on the Senate side. In contrast, the Democrats fielded (both incumbent and not) mostly loud nonentities picked for their dynastic names or past five minutes of notoriety, who assumed their loud identity politics would suffice in lieu of character, common sense, and past achievement. Superficial bumper-sticker identities and progressive catch-phrases finally ran out of gas.