His cadences soar on, through scandal after fiasco after disaster.

We are currently learning whether the United States really needs a president. Barack Obama has become a mere figurehead, who gives speeches few listen to any more, issues threats that scare fewer, and makes promises that almost no one believes he will keep. Yet America continues on, despite the fact that the foreign and domestic policies of Barack Obama are unraveling, in a manner unusual even for star-crossed presidential second 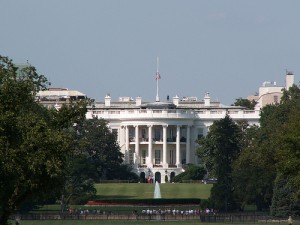 Abroad, American policy in the Middle East is leaderless and in shambles after the Arab Spring — we’ve had the Syrian fiasco and bloodbath, leading from behind in Libya all the way to Benghazi, and the non-coup, non-junta in Egypt. This administration has managed to unite existential Shiite and Sunni enemies in a shared dislike of the United States. While Iran follows the Putin script from Syria, Israel seems ready to preempt its nuclear program, and Obama still mumbles empty “game changers” and “red line” threats of years past.

We have gone from reset with Russia to Putin as the playmaker of the Middle East. The Persian Gulf sheikhdoms are now mostly anti-American. The leaders of Germany and the people of France resent having their private communications tapped by Barack Obama — the constitutional lawyer and champion of universal human rights. Angela Merkel long ago grasped that President Obama would rather fly across the Atlantic to lobby for a Chicago Olympic Games — or tap her phone — than sit through a 20th-anniversary commemoration of the fall of the Berlin Wall.

Japan, South Korea, and Taiwan are beginning to see that the U.S. is more a neutral than a friend, as Obama negotiates with Putin about reducing the nuclear umbrella that protects America’s key non-nuclear allies. Perhaps they will soon make the necessary adjustments. China, Brazil, and India care little that Barack Obama still insists he is not George W. Bush, or that he seems to be trying to do to America what they seek to undo in their own countries.

The world’s leaders do not any longer seem much impressed by the president’s cat-like walk down the steps of Air Force One, or the soaring cadences that rechannel hope-and=change themes onto the world scene. They acknowledge that their own publics may like the American president, and especially his equivocation about the traditional role of American power in the world. But otherwise, for the next three years, the world is in a holding pattern, wondering whether there is a president of the United States to reckon with or a mere teleprompted functionary. Certainly, the Obama Nobel Peace Prize is now the stuff of comedy.

At home, the signature Affordable Care Act is proving its sternest critics prescient. The mess can best be summed up by Republicans’ being demonized for trying to delay or defund Obamacare — after the president himself chose not to implement elements of his own law — followed immediately by congressional Democrats’ seeking to parrot the Republicans. So are the Democrats followers of Ted Cruz or Barack Obama? Is Obama himself following Ted Cruz?

The problem is not just that all the president’s serial assurances about Obamacare proved untrue — premiums and deductibles will go up, many will lose their coverage and their doctors, new taxes will be needed, care will be curtailed, signups are nearly impossible, and businesses will be less, not more, competitive — but that no one should ever have believed they could possibly be true unless in our daily lives we usually get more and better stuff at lower cost.

More gun control is dead. Comprehensive immigration legislation depends on Republicans’ trusting a president who for two weeks smeared his House opponents as hostage-takers and house-breakers. Moreover, just as no one really read the complete text of the Obamacare legislation, so too no one quite knows what is in the immigration bill. There are few assurances that the border will be first secured under an administration with a record of nullifying “settled law” — or that those who have been convicted of crimes or have been long-time recipients of state or federal assistance will not be eligible for eventual citizenship. If the employer mandate was jettisoned, why would not border security be dropped once a comprehensive immigration bill passed? Or for that matter, if it is not passed, will the president just issue a blanket amnesty anyway?

In the age of Obama, we just ran up a $700 billion annual deficit and called it restraint, as if success were to be defined as not adding another $1 trillion each year to the national debt. The strange thing is that after the end of the Iraq War and the winding down in Afghanistan, forced sequestration, new taxes on high earners, and a supposedly recovering and revenue-producing economy, we are still running up near-record deficits. Stranger still, Obama is bragging that the deficit has been cut by billions — as if the 400-pound heart patient can be content that he lost 50 pounds in record time and so trimmed down to a manageable 350 pounds.

The Federal Reserve is pretty well stuck with near-zero interest rates. Even a slight rise would make servicing the huge debt nearly unmanageable. Yet continued record low interest, along with Obamacare, is strangling the economy. Millions of older Americans are learning that a mid-level government employee draws more in pension compensation than a private retiree receives in interest on 40 years’ worth of life savings.

“Millions of green jobs,” “cash for clunkers,” and “stimulus” are all now recognized as cruel jokes. Oddly, the more scandals come to light, the more immune the virtual president becomes. After the politicization of the IRS, the snooping on AP reporters, the Benghazi mess, the NSA eavesdropping, Fast and Furious, the multibillion-dollar overpayment in income-tax credits by the IRS, the Lisa Jackson fake e-mail identities, and the Pigford payments, the public has become numb — as if it to say, “Of course the Obama administration is not truthful. So what else is new?”

Three considerations are keeping the U.S. afloat without an active president. First, many working Americans have tuned the president out and simply go on about their business despite rather than because of this administration. If gas and oil leases have been curtailed on federal lands, there is record production on private land. Farmers are producing huge harvests and receiving historically high prices. Wall Street welcomes in capital that can find no return elsewhere. American universities’ science departments and professional schools still rate among the world’s best. There is as yet no French or Chinese Silicon Valley. In other words, after five years of stagnation, half the public more or less ignores the Obama administration and plods on.

Second, the other half of Americans gladly accept that Obama is an iconic rather than a serious president. Given his emblematic status as the nation’s first African-American president and his efforts to craft a vast coalition of those with supposed grievances against the majority, he will always have a strong base of supporters. With huge increases in federal redistributive support programs, and about half the population not paying federal income taxes, Obama is seen as the protector of the noble deserving, who should receive more from a government to which the ignoble undeserving must give far more. And if it is a question of adding another million or so people to the food-stamp or disability rolls, or ensuring that Iran does not obtain a nuclear weapon or that China does not bully Japan, the former wins every time.

Finally, the media accept that Obama represents a rare confluence of forces that promotes a progressive agenda. His youth, his charisma, his background, his exotic nomenclature, and his “cool” all have allowed a traditionally unpopular leftist ideology to enter the mainstream. Why endanger all that with a focus on Benghazi or the disaster of Obamacare? We have had, in the course of our history, plenty of Grants, McKinleys, Hardings, Nixons, and Clintons, but never quite an administration of scandal so exempt from media scrutiny.

As far as his image goes, it does not really matter to what degree Obama actually “fundamentally transforms America.” For the media, that he seeks to do so, and that he drives conservatives crazy trying, is seen as enough reason to surrender their autonomy and become ancillary to the effort. The media believe that once he is out of office, they can regain their credibility by going after the next president with renewed vigor as recompense.

In other words, the presidency has become a virtual office. Almost half the people and most of the media do not mind, and those who do just plod onward.