She is the star of the Democratic party — and for Democrats that’s a big problem. 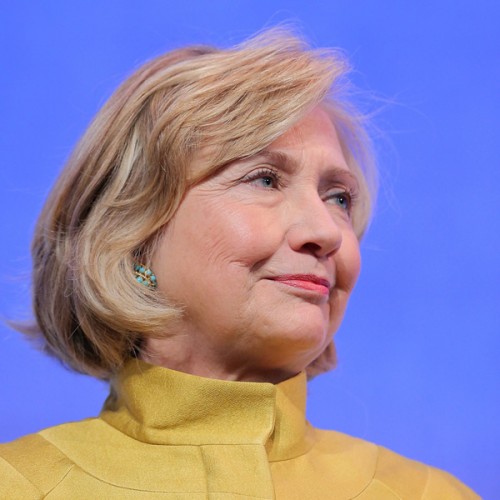 Hillary Clinton’s pre-campaign for the 2016 presidential race is predicated on three givens: her landmark status as the likely first female presidential candidate of one of the two major parties; her name recognition as a Clinton; and the fact that no Democratic strategist is yet willing to risk turning over a presidential campaign to Joe Biden or Elizabeth Warren.

Polls show that right now Hillary would both win the Democratic nomination and be elected president. But that likelihood assumes that four considerations will go her way.

The first is that she will not have to run on her record as secretary of state. Instead, she is betting that her iconic status and her years in Washington as first lady and then as a senator will trump her four years as Barack Obama’s chief foreign-policy architect.

Her record as secretary was dismal — perhaps the worst since the tenure of Cyrus Vance under Jimmy Carter. The Obama/Clinton reset diplomacy with Russia ended with Vladimir Putin gobbling up Crimea and eastern Ukraine, and starting a bitter new Cold War. Her idea of bombing Libya without congressional approval and in excess of the limited U.N. resolutions proved a disaster, especially when the U.S. let the ensuing mess on the ground fester.

Pulling every American peacekeeper out of a quiet Iraq at the end of 2011 green-lighted radical Islamist terrorism and helped to birth the Islamic State.

On her watch, Israeli-American relations became the worst since the founding of Israel. Most Sunni states in the Middle East do not trust the United States any more; they are confused only whether we are naïve about Iran or are trying in clumsy fashion to forge some new strategic partnership with the terrorist theocracy.

Yet Clinton is probably right that the public is more interested in the idea of her as the first woman president than in her disastrous conduct of American foreign policy. And so she is probably correct that by 2016 most voters will have forgotten or won’t care what a mediocre secretary she proved to be.

Second, Clinton also supposes that the public has long forgotten the scandals that engulfed her during the last years of her husband’s presidency.

Does anyone still remember Travelgate, Whitewater, Filegate, shady cattle futures, defiance of subpoenas for billing records at the Rose Law Firm in Little Rock, the fact that she is the only first lady in history to be subpoenaed to appear before a grand jury, and the mysterious presidential pardon during her Senate campaign of convicted Puerto Rican terrorists in New York? The common denominator in all these fiascos was her assumption that she was above the law — that, and petty avarice. Or rather, Hillary always believed that progressive warriors such as herself needed the resources to do noble work and therefore should be exempt from legal scrutiny.

No matter. Clinton is probably right that the public either has forgotten all those ethical lapses or wants to move beyond them. Or maybe she assumes that unless she is indicted, the desperate Democratic party has no choice in 2016 except to nominate her — and if nominated she can win.

Third, Clinton also calculates that voters will not care much that she has always been a gaffe-prone and wearying public figure. She has clumsily feigned an African-American patois in front of black audiences. In her failed 2008 presidential bid, for a while she tried to construct a white-working-class persona. When angered, her voice becomes eerily shrill. In impromptu interviews she can and will say almost anything.

When questioned about the circumstances surrounding the four Americans’ being killed in Benghazi, Clinton blurted out, “What difference — at this point, what difference does it make?” She once whined that when the Clintons left office they were broke and could barely pay the mortgages on their million-dollar-plus properties. Note the plurals.

But once again, Clinton is probably right to assume that because she has no Democratic rival like Barack Obama this time around, voters will conclude she is far more viable than any of the alternatives. Given that the nomination is hers for the losing, Clinton’s strategy for now is possum-like: Ignore the scandals, the memory of which will eventually die out, and limit the occasions where she might be asked questions that would require an ad hoc response — while offering canned one-liners about her historic candidacy and other gender boilerplate.

Finally, will the public forgive recent Clinton scandals and lapses? Here the picture may not seem so bright.

As secretary of state, Clinton used personal e-mail accounts on her own private, unsecured server in a way that was designed to avoid transparency. But for a government official, communicating without an electronic trail is both unethical and illegal. Promising when caught to turn over government correspondence is not quite the same as making such communications available from the get-go. Note that Clinton’s private, non-government server domain was not for secondary accounts; it was her sole e-mail account during her tenure in the Obama administration. The only logical implication is that Clinton was trying to shield her communications from later public scrutiny — and from possible scandal or subpoenas. And it largely has worked. What is missing from discussion of this scandal is that the secretary of state for four years freelanced with private e-mail addresses — and that everyone in the administration who received her e-mails knew it, and no one cared.

As secretary, she also received millions of dollars in gifts for her family’s quarter-billion-dollar-endowed Clinton Foundation from foreign heads of states and wealthy foreign nationals. Obviously, it is improper, to say the least, for the chief foreign-policy officer of the United States to solicit for her family foundation when dealing with foreign governments. Clinton’s aides must have assumed that none of those tawdry shakedown communications were recorded electronically on her private e-mails — as if checks arrived in the U.S. spontaneously without prior discussion. In fact, Hillary Clinton was the chief fundraiser for her family foundation and had the ideal platform from which to garner big checks. When Bill Clinton points to the Clinton Foundation’s noble work or asserts that it does not prejudge the nature of its nation-state donors, his moral obtuseness about what a secretary of state should and should not do only makes Hillary’s plight worse.

Ms. Clinton of course emphasizes her gender and, by association, feminist issues. One might ask whether she ever worried about the gender apartheid practiced by the very Middle East monarchies from which she solicited gifts. In addition, her husband’s past philandering is no longer just ancient history. It was recently reported that Bill Clinton flew more than a dozen times on the private jet (dubbed “the Lolita Express”) of convicted sexual predator Jeffrey Epstein, who had a sick habit of procuring underage girls for his Caribbean-island getaways. The fact that Hillary Clinton herself, while a U.S. senator, paid female staffers substantially less than their male counterparts for the same work hardly gives her sufficient feminist credentials to negate the embarrassing fact that her husband cavorted with a convicted sexual predator and a group of underage girls. Does such hypocrisy matter? It has not mattered much in the past, given the liberal tenet of exemption: A progressive man with a large libido can mouth liberal platitudes while treating women as he pleases, on the assurance from other women that a few unfortunate Monicas or Paulas are a small price to play for advancing abortion rights or affirmative action. If on public occasions Joe Biden in creepy fashion hovers over young girls and other men’s wives, or if Al Gore is accused of sexually harassing a masseuse, who really cares? Can’t we put up with Bill Clinton on a plane where there are frolicking teenagers if the alternative to his liberalism is a staid Ted Cruz stopping late-term abortions?

Finally, Hillary Clinton has regularly charged cash-strapped universities between $200,000 and $300,000 for a canned 20- to 30-minute speech. UCLA dared to negotiate with Hillary’s agents and was told that her $300,000 demand was the special cut rate for universities. When students owe over $1 trillion in collective debt — largely because of skyrocketing university tuition and expenses — Clinton’s fees take on the appearance of price gouging. But here too, leftwing students don’t seem to mind paying for greed if the greed comes with liberal orthodoxy.

Note two facts about the Clinton scandals. One, hypocrisy is at the core of them all: lecturing about feminism, but silent about unequal pay when she was the paymaster. Or decrying the old-boy system, while ignoring her own husband’s callous treatment of women, some of them subordinate employees. Hillary sent a memo reminding State Department employees not to break the law concerning non-government e-mail correspondence that she herself so readily broke. She talks eloquently of inequality and fairness but then charges universities the sort of fees that ultimately only add to the exorbitant price of a college education.

Two, there is never an end to Clinton scandals, precisely because both Bill and Hillary assume that the media will not fully investigate what they do, and that their progressive agendas justify any means necessary to achieve them. And because their habitual expectation of government and media privilege is now four decades long, and because they have not entered ethical rehab, there will be lots more embarrassment to emerge. The latest are reports that Hillary Clinton’s youngest brother, Tony Rodham, was part of a U.S. consortium that sought a rare sweetheart mining concession from the beleaguered Haitian government, which was still reeling from the disastrous earthquake — at precisely the time it was negotiating with the U.S. government for massive American relief aid. Add it all up: Natural disaster, poor people of color, thousands of wrecked lives, an impoverished nation — and the secretary of state’s brother and a foreign mining corporation were conniving to obtain a concession to mine gold at a reduced rate from a corrupt government.

Hillary Clinton may prove to be the proverbial camel whose cumulative straws of scandals and unethical behavior will finally break her back. She is the most ethically compromised candidate in recent memory, and genuinely sees no reason why federal laws or ethical prohibitions should ever apply to her exalted self. The idea that she still may be nominated has long excited, but increasingly also terrifies, Democrats.

Hillary’s nomination will require the greatest amount of lying and suspension of disbelief in modern political history. If the Republicans have lots of candidates but none that are especially well known, the Democrats have invested in just one, the star and star-crossed Hillary Clinton, who they hope will win the presidency but fear will, in trying to reach the White House, destroy the Democratic party.

12 thoughts on “How Many Straws on Hillary’s Back?”