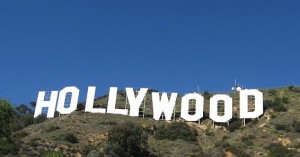 grown-ups.) They happened to come in during a scene in which Rip Torn’s girlfriend is sitting up in bed bare-breasted. The ladies, Italians raised Catholic in rural California during the 30s, looked at the screen, looked at each other, and simultaneously said in a shocked voice, “Whaaa?”

Of course we were amused at their horror. We hadn’t been surprised by nudity since the 60s, and our reaction then wasn’t shock but exhilaration at what seemed to be the liberation of cinema from the prudish restrictions that made so many movies bland and contrived. We were too callow to imagine that more-explicit sex and violence would themselves become empty clichés once the shock value was gone. And we were too ignorant to understand what the ancient Greek tragedians knew: the imagination is more powerful than the eyes, and the right words communicate more than the things seen can.

Four decades later, Hollywood’s failure to understand that old wisdom has turned nudity and sex in most movies into preposterous conventions that can’t communicate anything interesting about sex, or reveal anything about the development or personality of the characters.

Consider some of those banal conventions that lazy directors and writers throw into sex scenes. There’s what I call the “trail of clothes.” The camera starts with some article of clothing on the floor, and then follows more bits and pieces of attire until it reaches the fornicating couple. I suppose the point is that these two are so hot to rut that they can’t get undressed like real people. The phoniness of this trope is patent. I doubt that there are many real people who can walk, make-out, and get undressed all at the same time without spraining something. The worst example of this device occurs in Warren Beatty’s awful Bugsy, in which the trail of clothes goes up the stairs. Don’t try this at home unless you’re a Flying Wallenda.

Then there are the ubiquitous 20-30 candles illuminating every sex-scene. When do those candles get lit? In what universe does someone getting ready to have sex stop the show, fetch a lighter, and go around lighting candles? And what kind of hazard do all those open flames present? One impassioned kick and whole bed will be ablaze. Or how about the need to show people copulating on the hardest, most uncomfortable surfaces in the house, like kitchen tables or counter-tops? And how unhygienic is it to have sex where you prepare and eat food?

Of course, silliest of all is the depiction of the act itself, a congeries of unbelievable, if not impossible, moves, grapples, and techniques one would have to be a professional wrestler to pull off––not to mention that just about every time both partners, always flawlessly beautiful and toned, are earth-movingly satisfied. Read any sex survey and you’ll know that’s a lie. “Am I right, girls?” as Madeleine Kahn says in Blazing Saddles.

Hollywood used to know better. They knew the imagination is sexier and more mysterious than the image. Take this great scene from Casablanca. After Rick has compelled Isla to admit she still loves him and they embrace, the camera cuts away for a few seconds to the beam of light from the lighthouse sweeping across the sky. Then the camera cuts back to Rick and Ilsa smoking cigarettes on the couch. Any adult in the audience knew that Rick and Ilsa had just made love. The movie-makers knew that the audience’s imagination would be more effective at evoking romance and mystery than would actually showing Bogart and Bergman flailing about in the phony, MMA love-making that typifies sex in movies today. They weren’t being prudish, but making good theater.

So congratulations, Hollywood, you’ve managed to make one of the most exciting and significant human acts into a preposterous bore.