At the end of John Ford’s classic Western, The Man Who Shot Liberty Valance, the editor of the local paper decides not to print the truth about who really killed the murderous Valance. “When the legend becomes fact, print the legend.”

Legends now become facts in America at almost lightning speed. Often when lies are asserted as truth, they become frozen in time. Even the most damning later exposure of their falsity never quite erases their currency. As Jonathan Swift sighed, “Falsehood flies, and the truth comes limping after it.”

After the recent shooting tragedy at the Washington Navy Yard, cable news shows, newspaper reports, and talking heads immediately blasted lax gun laws. The killer, Aaron Alexis, had mowed down 20 innocent people — twelve of them fatally — with yet again the satanic AR-15 semi-automatic “assault” rifle. The mass murdering was supposedly more proof of the lethal pathologies of the National Rifle Association and the evil shooter crowd END_OF_DOCUMENT_TOKEN_TO_BE_REPLACED

In our unheroic age, victimhood has replaced valiant struggle.

In the globally connected and affluent world of the 21st century, we thankfully have evolved a long way from the elemental poverty, hunger, and ethnic, religious, and racial hatred that were mostly the norm of the world until the last century.

Yet who would know of such progress — and the great sacrifices made to achieve it — from the howls of our postmodern oppressed? In fact, the better life has become, the more victimized modern affluent Westerners seem to act. END_OF_DOCUMENT_TOKEN_TO_BE_REPLACED

A column on the Trayvon Martin case elicits an egregious attack.

It is rare to read an essay in which almost every statement is wrong, but that is the case with “A Sermon on Race from National Review” by one Kelefa Sanneh, appearing on The New Yorker’s website — little more than McCarthyite character assassination in the form of a reply to my column this week on the president’s and the attorney general’s reactions to the verdict in the Trayvon Martin case.

END_OF_DOCUMENT_TOKEN_TO_BE_REPLACED

Young black males are at greater risk from their peers than from the police or white civilians.

Last week President Obama weighed in again on the Trayvon Martin episode. Sadly, most of what he said was wrong, both literally and ethically. END_OF_DOCUMENT_TOKEN_TO_BE_REPLACED 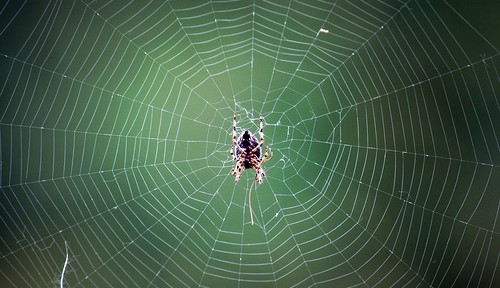 In fact, Holder knew [2] that his subordinates were targeting reporters. He also did not tell the truth about the New Black Panthers case [3]. He had sworn that there was no political decision to drop the case. Not true; the decision came from the top. He again lied about the time frame in which he first learned of the Fast and Furious case [4]. END_OF_DOCUMENT_TOKEN_TO_BE_REPLACED

With hate speech, it’s the perceived ideology of the perpetrator that matters most.

When do insensitive words destroy reputations?

Celebrity chef Paula Deen was dropped by her TV network, her publisher, and END_OF_DOCUMENT_TOKEN_TO_BE_REPLACED

After the election, dozens of op-eds — I wrote one myself — cautioned the president about second-term overreach, focusing on how either hubris or simple fate has seemed to do in most modern second presidential terms. END_OF_DOCUMENT_TOKEN_TO_BE_REPLACED

A number of commentators have openly sympathized with multi-murderer Christopher Dorner, who shot seven innocent people, killing four of them. Apparently, the late Dorner was a voice in the wilderness crying out against the racist injustice of the “system.” END_OF_DOCUMENT_TOKEN_TO_BE_REPLACED

Polls show that the Trayvon Martin case has split the country apart over perceptions of race and justice, in ways that may dwarf the polarities of the O.J. Simpson trial days of 1994. END_OF_DOCUMENT_TOKEN_TO_BE_REPLACED