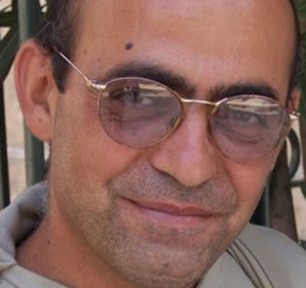 Based on a widely circulated video and statements from the Vatican, it was believed that Fr. Francois Murad, a Catholic Syrian priest, was recently beheaded in Syria.

It was not long before others “vigorously denied” the story, saying that the Christian priest was actually shot dead.  And now that’s fast become the “big” news.  For example, according to the Telegraph, “The footage, said to show Father Francois Murad, 49, as the victim in a brutal summary execution by foreign jihadists is likely to be an older video that bares no relation to the death of the Catholic priest. Father Murad ‘died when he was shot inside his church’ in the northern Syrian Christian village of Ghassaniyeh on June 23, three separate local sources, who did not wish to be named, told the Telegraph.”

So apparently that makes it better?  That seems to be the Telegraph’s take, for it continues: “Claims that Father Murad was one of two men to be decapitated by a foreign jihadist group went viral, with outrage expressed in blogs and articles worldwide.”

So now that he wasn’t beheaded, only shot dead inside his church, there’s no longer any call for “outrage”?

At any rate, welcome to the “distraction” tactic being exploited by the many elements trying to minimize the atrocities being committed by the jihadis—also known as the “Free Syrian Army” (FSA)—in Syria.  Supporters of these jihadis exploit the fact that, in a time of war, as currently in Syria, news is not always reliable.  They also claim that any news that portrays the Syrian government as the “good guys”—such as nonstop videos of the FSA committing atrocities—is just pro-Assad propaganda, that cannot be trusted (they never seem to see the flipside to this logic, that Western media can be disseminating false anti-Assad propaganda).

Thus, let’s not focus too much on the exact particulars—for indeed, exact information is not always clear—and rather acknowledge the big picture: namely that beheadings have become very common in Syria, even if we don’t always know the identities of those beheaded.  But we do know who are doing the beheadings: al-Qaeda linked jihadis who are trying to transform Syria into a Sharia-ruling emirate.

Consider the video which some are now saying was not Fr. Murad—who was only shot (whew!)  Whoever the men being beheaded are, what you are witnessing is the true face of the Syria “rebellion”—jihadis, most of them obviously foreigners.  The ring leader appears perhaps Chechnyan, and can hardly speak proper Arabic (but one of the few phrases that he utters that is understandable is “we are enforcing the rules of Allah”).  The bound men are then beheaded to wild cries of “Allahu Akbar!”

To appreciate the frequency of such beheadings, do a quick YouTube search with words like “Syria” and “beheadings,” and you will see any number of graphic videos of Syrians being beheaded by U.S.-backed jihadis.  These are the videos that have still not been identified and removed by YouTube, but which likely soon will.  Before them, there were many others that are now gone.

Among some of the ones currently up, are:

While strictly not a beheading video, let’s also not forget the video of an FSA fighter cutting out and biting into the heart of a dead soldier—the same video Russian president Putin rightly shamed the pr0-FSA West with.   Before biting into the organs of his foe, the cannibalistic jihadi declares, “I swear to Allah, soldiers of Bashar, you dogs—we will eat your heart and livers! Allahu Akbar!”

So what’s to be learned by all this savage carnage, beheadings, cannibalism and what not?  Those who wish to distract will insist that we cannot be sure of all the facts and circumstances—the identity of the executioners, the identity of the victims, the exact context, etc.  They will nitpick and lose sight of the big picture.  Hence the debate on whether Fr. Murad was beheaded or shot  (incidentally, here’s a video of a man executed by jihadis in Syria by gunfire—again, to screams of “Allahu Akbar”; it’s not a whole lot better than the beheadings).

Even so, there is one thing we can be absolutely sure about—and it’s perhaps the most significant and existentialist point of these barbaric beheadings: they are all done in the name of the god of Islam; they are all accompanied by cries of distinctly Islamic slogans, most prominently, Allahu Akbar.

This speaks volumes, or at least it should. Even Muslims raping Coptic Christian girls, as in this video, shout this most distinctive of Islamic cries, first uttered by Islam’s prophet himself when attacking non-Muslims.

To understand the significance of all this, consider if Christian groups around the world started beheading people while screaming things like “In the name of the Father, Son, and Holy Spirit.”  What would that say about Christianity?

What does it say about Islam?