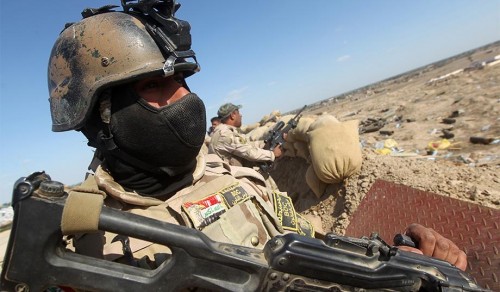 For a time, reset, concessions, and appeasement work to delay wars. But finally, nations wake up, grasp their blunders, rearm, and face down enemies.

That gets dangerous. The shocked aggressors cannot quite believe that their targets are suddenly serious and willing to punch back. Usually, the bullies foolishly press aggression, and war breaks out.

It was insane of Nazi Germany and its Axis partners to even imagine that they could defeat the Allied trio of Imperial Britain, the Soviet Union, and the United States.

But why not try?

Hitler figured that for a decade America had been unarmed and isolationist. Britain repeatedly had appeased the Third Reich. The Soviets initially collaborated with Hitler.

Hitler met no opposition after militarizing the Rhineland. He annexed Austria with impunity. He gobbled up Czechoslovakia without opposition.

Why shouldn’t Hitler have been stunned in 1939 when exasperated Britain and France finally declared war over his invasion of distant Poland?

Six years of war and some 60 million dead followed, re-establishing what should have been the obvious fact that democracies would not quite commit suicide.

By 1979, the Jimmy Carter administration had drastically cut the defense budget. Carter promised that he would make human rights govern American foreign policy. It sounded great to Americans after Vietnam — and even greater to America’s enemies.

Dictators such as the Soviet Union’s Leonid Brezhnev and Iran’s Ayatollah Khomeini assumed that Carter no longer was willing to protect the U.S. postwar order. Or perhaps they figured that the inexperienced American president was too weak to respond even had he wished to do so.

Then, Ronald Reagan defeated Carter in 1980 on the promise of restoring U.S. power. At first, both America’s friends and enemies were aghast at Reagan’s simplistic worldview that free markets were better than Communism, that democracy was superior to dictatorship, and that in the ensuring struggle, the West would win and the rest would lose.

Foreign media damned Reagan as a warmonger for beefing up the U.S. defense budget, reassuring America’s allies and going after terrorists with military force.

From 1981 to 1983, Reagan was caricatured even at home as a cowboy — not the statesman later to be known for restoring U.S. prestige and global stability, and for helping to bring down Soviet imperial Communism.

Barack Obama, like Carter, came into office promising a sharp break from past U.S foreign policy. The public was receptive after the costly wars in Afghanistan and Iraq, and the recent financial meltdown on Wall Street.

Troops were withdrawn from Afghanistan on pre-announced deadlines. The post-surge quiet in Iraq fooled Obama into eagerly yanking out all U.S. peacekeepers.

A new outreach to radical Islam went to ridiculous lengths. The Muslim Brotherhood was invited to Obama’s speech in Cairo that claimed the West owed cultural debts to Islam for everything from the Renaissance to the Enlightenment.

Terms like radical Islam, jihad, and Islamic terror were excised from the official American vocabulary and replaced by a host of silly euphemisms.

In symbolic tours, Obama offered apologies for past American behavior in the Middle East and Asia. He bowed to both theocratic sheiks and the Asian monarchs.

The defense budget was cut. Reset with Vladimir Putin’s Russia assumed that the Bush administration, not Putin’s prior aggression in Georgia and threats to Crimea, had caused the estrangement between Moscow and Washington.

Predictable chaos followed as the U.S. became an observer abroad. The Islamic State appeared to fill the vacuum in Iraq. Syria imploded. So did most of North Africa. Iran sent agents, surrogates, and special forces into Iraq, Syria, and Yemen, even as it pressed on to get a bomb.

The Obama foreign policy cannot continue much longer without provoking even more chaos or a large war.

China stepped up its violations of the waters and airspace of America’s traditional Asian allies. Putin did the same in Eastern and Northern Europe.

By 2015, America’s enemies had created chaos and defined it as the new normal.

The next president will face a terrible dilemma. To restore order, he or she will have to convince our allies that we are recommitted to their security.

Any red lines issued will have to be enforced. Aggressors such as Russia, China, Iran, and the Islamic State will have to be warned to cease and desist or face pushback from far stronger U.S.-led coalitions. Just as Reagan’s return to normal U.S. foreign policy was considered radical after the Carter years, so too the next administration will be smeared as dangerously provocative after Obama’s recession from the world stage.

The Obama foreign policy cannot continue much longer without provoking even more chaos or a large war. Yet correcting it will be nearly as dangerous.

Jumping off the global tiger is dangerous, but climbing back on will seem riskier.