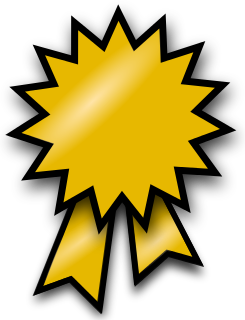 major industrial competitors in things like “Internet Access” and “Ecosystem sustainability.” The subtext of these rants is that an illiberal, reactionary U.S. does not spend enough on government entitlements to promote parity, equality and social justice among its citizenry. These pessimistic rankings increase the angst about the American condition when viewed from scowling perches in Washington or New York.

Not surprisingly, the winners in these periodic gloomy assessments are usually smaller or intermediate quasi-socialist nations, with mostly homogeneous ethnic and religious populations (e.g., Switzerland, New Zealand, Iceland, Denmark, etc.). And the result is that Americans are scolded to tone down their pride at being exceptional and to begin to emulate such supposedly more livable societies.

Yet I suppose that if you were to assess, say, the mostly 5.6 million homogenously well off Californians, who lived within 10 miles of the coast, from San Diego to Berkeley, they would compare quite nicely with Denmark. Or for that matter, should the Danish system be applied to 300 million in Eastern Europe and the Balkans, I also think that they would sink a bit in terms of social progress.

The criteria by which America is to be judged are often both biased and historically ignorant. Why not rank the United States in comparison with other similarly huge countries that span three time zones, and include in their enormous populations radically different ethnic and religious groups?

How about comparing America to countries that, like the U.S., have vast territories and diverse populations over 200 million — China, India, Indonesia, and Brazil? How would such nations stack up to the U.S, in terms of corruption, health care, pollution, freedom of the individual, treatment of women and gays, religious tolerance, or other criteria of “social progress?” Is there a global assessment of coups and revolutions per nation, or contrarily the longest sustained democracy?

Most such rankings rely on statistics that rarely weigh in factors that non-elites take for granted as part of the good life. How about the number of cars a family household on average owns, the relative percentage of the household budget spent on food, the price of gas that allows them mobility, the average square footage of living space, or the number of electronic appurtenances that make life easier and enjoyable, such as microwaves or televisions? In all such categories, the United States ranks at or among the top nations in the world. I suppose those in Manhattan or at Harvard would not interpret the fact that a poor Mexican illegal immigrant can buy a used Yukon relatively cheaply and fuel it with $3.50 gallon gasoline as progress. But in terms of global assessment, he still has a safer, roomier, and cheaper automobile experience than the French or Italian driver of a tiny European Fiat that requires $9 a gallon fuel.

Nor do such pessimistic assessments consider intangibles such as global politics. Globalization itself is a product of U.S. innovation and technology and the U.S. military. The latter not only subsidizes the safety of the European Union and many of China’s immediate neighbors, but also generally has kept the Western world safe and the global sea-lanes and methods of commerce and communication free from disruption. That was not cheap, which is why the European Union, for all its advocacy, does not attempt it. If Russia goes into Estonia, it will not be the Dutch or Danish army that is called upon to ask Putin to leave.

The U.S. not only created the landscape that allowed, for example, a South Korea, Japan, or Germany to thrive over the last 70 years without substantial military investments, but presently allows such countries — among them also Australia, Canada, Taiwan, and much of Europe itself — not to worry about developing a nuclear deterrent and the costly and risky politics which that entails. Should we retreat from the world stage, in the next twenty years, then we might appreciate differences in the “social progress index” of a Japan, South Korea, or Taiwan, or for that matter a Germany or Iceland that will have to vastly increase defense expenditures to survive.

Homogenous South Korean eighth graders may test higher in math than do Americans, but then again Americans are not looking up to the skies to see whether a North Korean artillery shell or gas-laden missile is on its way down. Is there a global “security anxiety” index? Nor are there thousands of South Koreans posted on our shores to protect us from belligerent neighbors.

Speaking of social progress, the United States lets in the largest number of legal and illegal immigrants in the world. Currently 45 million or more residents were not born in the U.S. — a number four times larger than any other nation. Ethnic, religious, and cultural homogeneity promotes some of the values (such as Internet access) that social progress indices usually value.

Yet in my hometown, which has been overwhelmed by illegal immigration over the last two decades, I can see why recent arrivals from Oaxaca have some difficulty in getting online free at the local Starbucks. The problem is not that they do not have cell phones with Internet service or that Starbucks and other franchises don’t offer free Internet services, but that the language, past experience, and culture of central Mexico are not quite the same as those in the United States.  Speaking Mixtecan languages and not being able to read Spanish in an English-speaking country makes it hard to surf the net.

One reason why the U.S. is volatile, influential, dynamic, and by far the most culturally influential society in the world are the number and variety of its legal immigrants. No one wants to move to Russia. Switzerland does not want any new immigrants. France and Germany don’t quite know what to do with those already residing in their countries. China and Japan could never consider an African, Swedish, or Mexican immigrant fully Chinese or Japanese. The Arab World would not let in Jews and in many places is driving out Christians. Building a large new Church anywhere in the Islamic world is for all practical purposes now impossible.

In short, people vote with their feet, and by huge margins prefer the greater freedom, economic opportunity, and security of the U.S., not to mention its meritocracy that assesses talent far less than elsewhere on class, racial, tribal, or religious criteria. Because the U.S., also unlike other countries, strangely does not value that much education, capital, or skills in assessing potential immigrants (family ties and the fact of reaching U.S. soil being the more influential criteria), and because it hosts somewhere between 11 and 20 million illegal immigrants, it naturally has ongoing challenges to provide near instant parity to millions who arrive here poor, uneducated, and without money.

To suggest that we are at fault because our healthcare or primary education system is somehow not up to Danish or Icelandic standard is laughable, when 13% of the present population is foreign born — and probably far more had we accurate numbers of illegal aliens currently residing in the American southwest. The source of immigration makes assimilation also more difficult. Switzerland became culturally and psychologically incapable of accepting more immigrants, despite the fact that they are largely from elsewhere in Europe. In contrast, most of the current immigrants to the U.S. arrive from an impoverished Mexico and Latin America, not Canada, and thus come with far greater disparities than other North American citizens.

Assessments can be rigged anyway that one wishes — if the point is to advance preconceived and ideological aims. The relative price of food, fuel, and cars, or the number of air conditioners per capita, or the global rankings of universities, or comparative population growth, or the rate of and age at marriage, the ability to defend one’s nation without alliances and outside subsidies, or religious observance, or rubrics about assimilation, integration, and intermarriage of newcomers could all be massaged to make Europe look quite pathological in terms of aristocratic bias, class impediments, ossified attitudes from defense to entrepreneurship, atheism, and the loss of freedom resulting from  massive regulations and high taxes.

In short, if you want to prove that the U.S. is not number one, you can — usually to reflect the particular agenda you wish to advance.