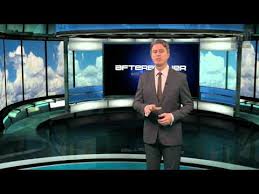 Before World War II appeasement was a good word, reflecting a supposedly wise policy of understanding an enemy’s predicaments. Sober Western democracies would grant tolerable concessions to aggressive dictators in Germany, Italy, and Japan to satiate their appetites for more. With such magnanimity everyone would avoid a nightmare like another Somme or Verdun.

Appeasement is always a seductive diplomacy because in the short term a bloody crisis is at least avoided. Hopes then rise that either tensions will cool as aggressors are pacified — or at least the latter won’t start trouble until the appeasers are long out of office. Appeasement is based on the theory that if you give one or two scraps of leftovers under the table to the dog at your feet, he will wag his tail and leave, grateful for such generosity, rather than to prove be even peskier for more.

Everyone associates appeasement with the Western democracies’ concessions to Adolf Hitler over the occupation of the Rhineland, the Anschluss with Austria, and the dismemberment of Czechoslovakia. Such appeasement — widely praised at the time — was supposed to pacify Nazi Germany to end its chronic bullying, as even Hitler would concede it was foolish repeating the mess of 1918 for possession of slices from a far-away country. It worked for a year, until in late 1939 Hitler invaded Poland to begin World War II.

There are lots more recent examples of alluring appeasement. Secretary of State Dean Acheson once assured a tired postwar America that the Truman administration’s defense obligations did not extend [1] to the Cold War powder keg on the Korean Peninsula. Relieved pundits praised such a realistic concession. Only a nut would want to bring back the B-29s and their former pilots or rev up obsolete Sherman tanks. Then a few months later North Korea invaded the South.

For years Britain felt that it had diffused tensions over the Falkland Islands by appeasing various Argentine dictatorships and convinced them of the senselessness of fighting a stupid war over windswept rocks that a few thousands British subjects stubbornly clung to as English home soil. But by 1981 the British had even proposed withdrawing its only small warship from the islands as a gesture of reconciliation or of avoidance of unnecessary expense. The Argentines took note of the planned concession and the next year invaded.

In summer 1990 the American ambassador to Iraq, April Glaspie [2], tried politely to talk sense to Saddam Hussein about rising tensions with Kuwait. At one point she reportedly explained that “the United States did not take a stand on Arab-Arab conflicts, such as Iraq’s border disagreement with Kuwait.” Saddam shortly invaded Kuwait and two Gulf wars followed in the next two decades. Apparently he counted on U.S. indifference or a weak response to a far-away in-house Arab vendetta.

The problem with appeasement is threefold.

Outreach is always seen as more enlightened and preferable to the greater expense of military preparedness and deterrence. In the 1930s, Stanley Baldwin and Neville Chamberlain sounded like enlightened humanitarians when Churchill groaned like a has-been scold. Until the annus horribilis of 1979-80 [3], Jimmy Carter seemed a steady nice-guy pacifist, and Ronald Reagan was written off as a fossilized kook railing against giving into tin-horn dictators, Muslims, commies and the like.

Concessions often diffuse the immediate crisis, but too often ensure a greater war to follow — giving enemies both critical breathing space to prepare for war and increasingly psychological surety that their future enemies are too morally weak to be taken seriously. Again, the proponents of appeasement are seen as peace-loving, its skeptics derided as little more than war-mongers. Worse still, appeasement deprecates material considerations, and substitutes national will as the perceived arbiter of victory. Hitler’s generals warned him that the Western democracies had more assets in 1939 than did the Third Reich; Hitler snapped back that he had seen such worms at Munich [4] and their spiritual flabbiness could not be built up by mere tanks, forts, and planes.

Candidate Barack Obama originally campaigned on the idea of the U.S. should pull all troops out of Iraq by 2008. Once president, he waited a bit until he removed all American peacekeepers at the end of 2011 [5] from a seemingly quiet Iraq.

That move was understandably popular with the public, especially during the reelection year 2012. But as soon as the U.S. garrison left Iraq, there was not quiet appreciation from Islamists. Instead, jihadists of the Islamic State overran half the country. Tens of thousands have died who probably would not have had U.S. forces still controlled Iraqi air space and been on the ground to monitor the Maliki government.

Obama’s reset with Russia was originally also popular, especially when contrasted with George W. Bush’s bitter estrangement with Vladimir Putin over the Russian invasion of Georgia. But resetting the reset with Russia only green-lighted further aggression in Crimea and Ukraine — with more probably to follow in the next two years. So far the oil crash, not necessarily sanctions, has weakened Putin. He knows that chance not resoluteness has stymied his next move. And he also appreciates that fortune is fickle, but Western complacency is predictable. We have not seen the last aggression of Putin’s Russia.

Recently the president hinted that one day the United States might open an embassy in Iran [6], given his hopes that he can achieve a breakthrough deal with the Iranian theocracy that might lead to new mutual understanding. Unfortunately, the theocracy in Iran probably sees American well-meant outreach as appeasement that will fast-track their efforts to get a bomb — and with it a new Middle East hegemony. If deadlines to stop enrichment in the past were negotiable, if tough sanctions were relaxed, if America was silent when demonstrators took on the theocracy, why would Iran now assume that anything the U.S. advised should be taken very seriously?

Obama unilaterally and by executive order ceased the half-century U.S. isolation of Cuba — but without achieving any mutual concessions from the tyrannical Castro regime. After six years of empty red lines and deadlines in the Middle East, and prisoner swaps from Guantanamo Bay for a U.S. military deserter, the impression grows that the United States will do anything in the short term to alleviate tensions, without much worry about the consequences in the years to follow.

Years ago Obama promised to withdraw all U.S. forces from Afghanistan, regardless of events on the ground. Now they are almost gone. But the ascendant Taliban is responding not with commensurate concessions. Instead, it is confident that there will soon be no obstacle to overrunning Afghanistan and returning it to the medieval theocracy that once hosted Osama bin Laden as he planned 9/11. Hundreds of thousands of Afghans who took seriously Western liberalization and reform will soon likely flee for their lives to places like Bakersfield or Minneapolis — or end up dead as the country sinks to the status of a post-American Iraq or Libya.

The more the United States cuts it defense budget to historic lows not seen in over a half century, the more the administration talks of outreach, the more America boasts of its smart diplomacy and soft power, the more in the next two years there will be a likelihood of war. Obama might have been able to get away with appeasing our enemies had he vastly increased our defense capability. Or he could have worked with our allies to issue genuine and enforceable deadlines, even in the midst of a defense cutback. But lowering our guard while backing off from self-created crises is a prescription for disaster.

5 thoughts on “The Seductions of Appeasement”