Obama’s foreign policy of appeasement has created a dangerous void in the international order. 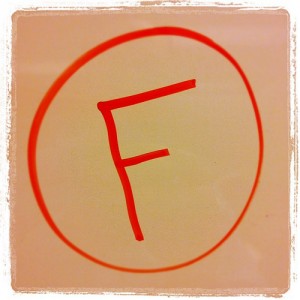 mercurial, paradoxical, and passive. “Leading from behind” seems at odds with the traditional American commitment to ensure—preferably with allies or, if need be, alone—the continuance of the postwar global system of sovereign borders, free trade, safe commerce, and open communications.

Many of Obama’s recent foreign policy initiatives have resulted in a diminished United States and they have found little success. The reset with Russia earned us a strange sort of contempt from Vladimir Putin. Moscow almost gratuitously thwarts the U.S., gloating that we offer loud self-righteous sermons to others that are not backed by consequences.

The Obama administration’s approach to radical Islam and the larger Middle East has been especially confused. Al Qaeda is not, as the president assured, on the run, but more likely moving onward and upward. A strange American effort to appease radical Islamists by adopting euphemisms for both terrorism (e.g. “overseas contingency operations,” “workplace violence,” and “man-caused disasters”) and Islamism itself (e.g., jihad as “a holy struggle” and “a legitimate tenet of Islam,” and the Muslim Brotherhood as “largely secular”) has made the West seem fawning. Over the last year, radical Islamist terrorism certainly has grown even more savage and macabre from Boston to Nairobi to Peshawar.

To the degree Obama has found success in the war on terror, he has had to eat his own critical words about the Bush protocols and instead continue them, whether with renditions, the Patriot Act, or keeping Guantanamo open. In contrast, Obama’s failures followed from his own misguided initiatives, like the proposed civilian trial of arch-terrorist Khalid Sheik Mohammed or directives to intelligence and law-enforcement agencies to pull back from gathering intelligence about domestic radical Islamists. Certainly promising that one of the main aims of NASA would be Muslim outreach had no deterrent effect on the Tsarnaev Brothers of Major Nidal Hassan.

By January 2009, the war in Iraq was largely over—and won on American terms with a relatively stable government in Baghdad. There was only need for a residual U.S. constabulary to insist on postbellum adherence to the Maliki government’s constitutional responsibilities. Instead, the 2012 Obama campaign sloganeering of bringing all Americans home proved too much of a temptation to resist, and Iraq is now on its own. A sudden increase in chaos and Iranian usurpation of Iraqi airspace followed. Once we are out of Afghanistan, the country will probably resort to its pre-9/11 Taliban status.

The logical denouement of the leading-from-behind removal of Moammar Qaddafi was the Benghazi debacle. Over a year later, no one knows what quite happened or why. We assume only that the killings were not, as the administration insisted, prompted by an insensitive video. Apparently, an undermanned, poorly defended American CIA presence was engaged in some hazy operation rounding up Libyan arms and supplying them to insurgents in Syria—and all that should be covered up.

Syria proved a debacle. Bashar Assad’s use of sarin gas led to his own de facto exemption from promised American retaliation, and a blank check to continue the war with conventional weapons. Vladimir Putin became the new adjudicator of Middle East peace initiatives. A canny Iran is eager to emulate the Assad model, confident that Obama’s prior two warnings of “game changers” will have as much effect as the exact same phraseology did in deterring Assad.

The U.S. promised to pay back Assad for the use of WMD, or to eliminate his WMD depots, or to force him to leave, through bypassing, consulting, or ignoring the U.S. Congress, in hopes of helping the opposition, or some of the opposition, or just hurting Assad, with “a shot across the bow,” or an “unbelievably small” attack, or a promise that the U.S. military “does not do pinpricks.”

Yet the odd result of such confusion is that there have not been more immediate pernicious consequences. Many considerations may explain the paradox. Other countries may not fully appreciate the reality of American appeasement. It takes enemies some time to carefully take advantage of the void, as they calculate why, how, when, and where an omnipotent America inexplicably disengages from world affairs.

The ramifications of Jimmy Carter’s loud pronunciations between 1976-77 about the limitations of U.S. power and a trumped-up menace of global communism were not felt fully until 1979-80. Then, China started a war with Vietnam; Russia invaded Afghanistan; the Shah fell and the American embassy was overrun in Tehran; and communist insurgencies flared up in Central America. Hitler did not go to war with Poland until he had seen that there had been no repercussions from remilitarizing the Rhineland, absorbing Austria, and slicing up Czechoslovakia. It took Khrushchev nearly a year-and-a-half to test the United States in Cuba, after humiliating President Kennedy at the June 1961 summit in Vienna.

In that regard, some of our own allies also view the American backdown on Syria, the incoherence over Iran, the diffidence shown in the Benghazi tragedy, and the flip-flop-flip on the cycles of Egyptian revolution as aberrant. Perhaps they trust that our indecision is only a temporary quirk without significance for America’s accustomed leadership, especially given the size of the American economy and the lethality of its military. They may believe that either Obama will reconfigure his policies, or more sober and judicious figures in the American foreign policy establishment will step in to reassert U.S. leadership in the world.

The more Obama fails to exercise muscular leadership, the more the American people seem not to care. The public may voice concern in the polls over the debacle in Syria; European grandees may whisper about a new American unsteadiness; Arab sheikdoms may murmur about finding stronger friends. But the public, of course, is proverbially tired from engagements in Afghanistan, Libya, and Iraq, especially during times of weak economic recovery and a mounting $17 trillion debt.

There is also a sort of schadenfreude at work, both among the public at large and within the natural opposition to Obama on the political right. After considerable costs in blood and treasure in the Middle East, Americans were appalled at the apparent ingratitude that seemed to meet them in Afghanistan and Iraq, perhaps best emblemized by the diffidence toward the U.S. shown by Hamid Karzai and Nouri al-Maliki. After 9/11, the Islamists resented America’s costly efforts to promote democracy, and ignored American advocacy of transparency in protecting Arab oil wealth. Middle Easterners seemed to court autocratic Russians and Chinese who were both clearly anti-Islamic in their own domestic politics and nakedly mercantile in their interests in Middle East resources.

If Obama promised a kinder and gentler antidote to George W. Bush’s muscularity, it seems to have resulted in no upswing in American popularity in Middle East polls. Apparently, the people of the Middle East saw the new outreach not as magnanimity to be appreciated, but rather as weakness to be further ridiculed. The result is that the American public has concluded that it does not really matter whether the United States reacts to Middle East terrorism with Clinton’s cruise missiles, Bush’s interventions, or Obama’s drones. All such measures do not really change realities on the ground.

By the same token, whether Bush talks of spreading freedom to the Arab masses, or Obama emphasizes respect for existing normalities, it likewise is irrelevant. Again, Barack Hussein Obama is now just as unpopular in the Middle East as was the Texan evangelical George W. Bush. The common denominator of such antipathy is not liberal or conservative, traditional or non-traditional U.S. leadership, but America itself.

Obama’s perceived weakness suggests that he is also unlikely to intervene in an area where any such investment will be perceived at home as costly, counterproductive, and met with ingratitude. It does not matter whether these perceptions are misplaced or inaccurate. The reality is that America is apparently not involving itself with peoples and countries with whom the American public is exhausted. Call Obama’s abdication dangerous or foreboding, but it is not altogether unpopular.

The public cares little whether Europe seems especially exasperated by American indecision, given our past storied efforts at assembling coalitions of reluctant allies. After cobbling together coalitions of the willing in Afghanistan and Iraq, and spearheading the opposition to Iran’s efforts to obtain a nuclear weapon, suddenly America is nowhere to be found. France and Britain are worried that after having to take the lead in Libya, there is not even a lead to be taken elsewhere. Usually, the United States lobbies for coalitions, the EU public pushes back, and European diplomats hem and haw before offering token participation.

Now European diplomats seem perplexed that their old patron is less likely than they to confront Islamic terrorism, thugs with WMD, or a newly assertive Russia and China. The skedaddle from Iraq and the contortions over Syria appear to be the new normal. Europeans fear that perhaps the entire Atlantic Alliance and NATO participation are in theory up for discussion for a pivoting United States.

They also are learning that it is sometimes dangerous to obtain your proverbial desire—and the American people for now may be more amused over that irony than they are disturbed over its long-lasting strategic consequences for the West. Witnessing the socialist French President Francois Hollande become exasperated over the U.S. humiliation in Syria apparently does not chagrin Americans as much as amuse them.

In other words, accepting that an American president for the first time in modern memory is well to the left of a left-learning Britain, France, and Germany has the unintended effect of either neutralizing traditional European leftwing criticism of the U.S. or exposing European hypocrisy. In comparison to the immediate costs of foreign engagement in the Middle East, for now the American people prefer to watch our erstwhile allies and beneficiaries squirm a bit.

Schadenfreude is not a viable long-term foreign policy. Nor is exasperation with perceived ingratitude. There will be consequences to America’s new hesitancy. But for a little while longer, Americans are not overly worried that Obama is weak and vacillating. Both the Middle East and Europe are exasperated with Obama’s inaction—and we view this hesitancy as ironic rather than dangerous. At the present moment, the American people seem to prefer to be mocked for doing nothing than hated for doing something.