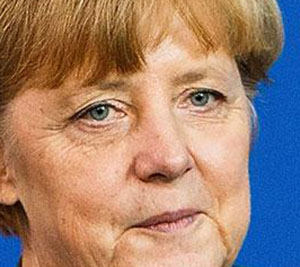 What to fear in Germany — an ideologically driven leader who unilaterally is changing the demographics of the nation without public support, or an angry populist counter-movement that vows to keep Germans safe by any means necessary when the government won’t? Both, or neither? Is Germany postmodern in erasing borders, or premodern in bullying its neighbors to do the same?

Does the world want Germans to stand up, reassert their pride in Western liberality and tolerance, and insist that migrants either integrate and follow Western values or go back home and stay there? Or does it want Germans to more or less continue to repress any expressions of cultural confidence?

To even the least-informed observer, German chancellor Angela Merkel’s recent decision to allow tens of thousands of young Muslim migrants — about two-thirds of them young men — into Germany from the war-torn and terrorist-infested Middle East seemed unhinged. Over a million migrants entered Germany in 2015 alone, the vast majority of them young, male, Muslim, from the Middle East. They were not refugees by any classical definition. Apparently Merkel in particular, and Germans in general, must assert that they are the most recklessly postmodern of all Western nations in order to reassure the world, 77 years after the outbreak of World War II, that they are no longer the most recklessly nationalistic.

Even a cynic who saw Germany’s demographic crisis and need for unskilled labor as the catalyst for welcoming in hundreds of thousands of Middle Eastern males could not figure out why Merkel would bring such chaos to what is otherwise usually the least chaotic nation in the world. That migrants are currently harassing and, at worst, assaulting German women is the logical, not the aberrant result of dumping thousands of young Muslim men from the Middle East into one of Europe’s most affluent and most progressive cultures.

Did Merkel not understand that what Germany does, given its unique past and present power, takes on global significance in a way not true of other European countries? Germany’s combination of internal self-destructive tendencies and arrogance in exporting its immigration foolishness to its European neighbors is what both confuses and scares the world. Observers want neither another decadent Weimar Republic nor a nationalist racialist reaction to it.

Certainly, no nation is more captive to its recent history than is present-day Germany — a relatively young country that nonetheless has already fought three major wars, lost two, been stripped of 20 percent of its territory, seen it cities flattened and economy destroyed, and seen its territory split in two for nearly 45 years when it was Ground Zero of the Cold War.

Germany is the continent’s most powerful economic nation, but it is reluctant for obvious reasons to translate that clout into commensurate military power. Berlin understands that the “German problem” that plagued Europe for a century and a half was apparently solved by a post-war non-nuclear Germany embedded deeply within the Europe Union and NATO (with the added insurance of nuclear members Britain, France, and the United States). Germany has no desire to go nuclear, even as it will probably fall within range of likely Iranian nuclear long-rang nuclear-tipped missiles over the next decade.

Americans are somewhat confused about growing German pique toward the United States. In a number of surveys among the major European countries, Germans repeatedly poll as those who are least fond of the United States. Indeed, Germany is the only European nation where America does not enjoy a favorable rating, which it does enjoy in Britain, Italy, and France. The latest Pew poll taken during the seventh year of the Obama presidency reveals that only half of Germans looks positively on the United States. Lots of reasons jump to mind: the recent spying by the Obama administration on German leaders, the sudden passive-aggressive efforts by America to isolate Russia, lingering angst over the Iraq War, the departure of most American NATO troops, and American support for Israel.

That German displeasure is so much greater than found in other nations might suggest some special antipathy for the United States’ preeminent superpower role. Is it pique over losing two wars to the U.S., or a sense of moral triumphalism that, while it learned lessons about the futility of war, the interventionist United States so far has apparently not — and thus endangers those who have? Or is it more realpolitik and the growing realization that the vanishing American expeditionary force is not so important to Germany, financially or militarily, as in the past? Why woo a superpower in decline? In any case, Germans are certainly confident of their own moral superiority. In an Economist poll they are the only Europeans to rate their own nation as the EU’s most trustworthy, least arrogant, and most compassionate — a positive view not shared in the same poll by the majority of its neighbors.

Germany is rarely ready to join Western efforts to isolate the renegade Vladimir Putin. But then who would be, after having fought two world wars in the east that cost collectively over 5 million German youth between 1914 and 1945? If those nightmares did not discourage chest-thumping with Russia, perhaps sitting across from 400 Soviet divisions and a forest of tactical nuclear Soviet missiles for nearly a half century would.

On the one hand, Merkel’s erstwhile tough talk to the spendthrift southern Mediterranean bankrupt EU members made perfect sense, given ingrained Germany trauma from the hyperinflation of the late 1920s that ruined the lives of millions of thrifty German families and helped to bring a demagogic Hitler to power. On the other hand, guilt over the bloody wars in the Balkans, and the lethal behavior of Wehrmacht troops there between April 1941 and 1945, may explain why Greece, to take one example, was able to leverage Germany for loans with arguments that transcended pragmatic worries about the unity of the European Union. Over the last four years, the Greek press found inventive ways to caricature German leaders as everything from Gauleiters to Waffen SS Obersturmfüfrer.

At some point, the world wonders, will Germany reassert itself in the traditional manner that powerful nations do? Again, as polls show, Germans are the most self-confident of Europeans — and seen by most southern and eastern Europeans as the most arrogant.

There are a number of reasons to believe that the 21st century will see a Germany quite different from that of the last half of the 20th, albeit not necessarily more similar to its experience in the first half of that century. Under Obama, the U.S. has shed American postwar global leadership. The vacuum is already being filled by local hegemonies — Iran, Russia, China, and ISIS. NATO is underfunded and increasingly irrelevant. The EU is fragmented by both fiscal and immigration schisms. At some point, the world’s fourth-largest economy will have to look to its own security.

The migration mess has reminded Germans of the limits of European ecumenicalism and the bankruptcy of the multiculturalism by which European youth have been indoctrinated with the assumption that all cultures are equal, albeit with the qualifier that the West supposedly suffers the additional pathologies of colonialism, imperialism, racism, and militarism. That canard may be a trendy abstract thought, but not so much in the concrete when multiculturalism in Dusseldorf or Cologne collides with Western notions of feminism, gay rights, and religious tolerance. Indeed, multiculturalism proves quite dangerous in terms of chaotic immigration, and suicidal in matters of Islamic-inspired terrorism.

The world is schizophrenic about Germany’s near future. At some point, it hopes Germany will wake up, reassert its confidence in its own institutions, protect its citizens, and say no more to the thuggery of the Middle East. But on the other hand, why in the first place did Germany in such arrogant fashion seek to impose its immigration insanity on its neighbors, and in such an anti-democratic and bullying fashion? So the same observers, who wish for a confident European Germany, likewise worry, after its return to normalization and a proud past, “Then what’s next?”