About every day or so, a throat-clearing Middle East pundit weighs in to warn us of the Obama’s administration’s dereliction of traditional American engagement. They rightly lament “lead from behind” in Libya. After Benghazi, Libya has turned into something like Somalia. Far more are dying there from sectarian chaos than during the latter years of the hated Moammar Gaddafi’s 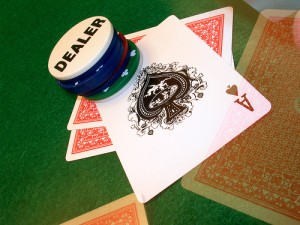 The Sunni reactionary establishment of the Gulf is right to deplore Obama’s incoherent flip-flop-flips in Egypt and Syria. The oil lords logically conclude that a directionless president will do nothing to stop Iran’s race to get a bomb — and all the subsequent Middle East WMD catch-ups to match it.

Even Obama’s pet Turkey seems confused that its favorite administration is now nowhere to be seen. The Iraqis were given a fresh start after the surge and hundreds of billions of dollars in U.S. aid — and still claimed that they wanted the U.S. out. Obama gladly called their hand. Now, left to themselves, they are reverting to the pre-surge violence, whining about security and sectarianism — and back asking us for even more money. Rule One: never bluff an isolationist to yank all his forces from your country.

After twelve years, it is clear that triple-dealing President Hamid Karzai never made the reforms in Afghanistan that he promised. Now he will soon be on his own too, as Kabul comes to resemble the disaster of Saigon, 1975. He is correct in lamenting U.S. withdrawal, and yet about the most unsympathetic of the many unattractive dependents American has acquired in the Middle East.

Visitors from an alien planet might conclude of the region that Saddams come and go. Arab Springs and Cedar and Green Revolutions rise and fall. Socialists and fascists, Islamists and Baathists all wax and wane. All the while, the Middle East — statist, authoritarian, anti-democratic, religiously intolerant, tribal, misogynist, anti-Semitic, homophobic, and exploitive — stays mostly the same and so in a way earns the wide varieties of awful government that it suffers from.

In response to complaints of American retreat, National Security Advisor Susan Rice doubled down on the Obama neo-isolationism. She shrugged that, other than worries over an Iranian bomb, the Israel-Palestinian conflict, and free commerce in and out of the Persian Gulf, the U.S. can no longer be all that bothered about regional violence, much less think it can push down reluctant throats Western-style consensual government. She at least hit upon one point, in the sense that U.S. abdication was a sort of payback for past ingratitude.

Such retrenchment may be disastrous. Indeed, the region, in response, is certainly heating up as the U.S. backs off.  Vladimir Putin seems eager to fill the void. The Shiite-Sunni wars escalate. Al-Qaeda has spread and multiplied. China will come in to protect its own huge oil appetites. Christians will vanish from the region.

The Obama administration most likely is pulling in its horns for a variety of practical reasons. In general, in the era of sequestration and still massive deficits, it is cutting back on lots of defense and forward deployment. Obama believes that every dollar spent on defense abroad comes at the expense of a lost food stamp or one less disability check at home.

In addition, Obama himself in the past has questioned the accepted notion of American exceptionalism. In some sense, he thinks that there is not necessarily anything special about American history or its values that would justify its moral right or practical ability to intervene in problems abroad. Indeed, between apologies and bows he has made the point far better than any anti-American tinhorn dictator.

Again, in response, a tired public shrugs the equivalent of “whatever.” In theory, it understands that any time the U.S. stays home, others less lawful and stable take up the slack — and the ensuing chaos comes back to haunt us. But voters are exhausted by Afghanistan, Iraq, and Libya — and the ingratitude that seems to follow from those who were beneficiaries of vast investments in American blood and treasure.  Americans are collectively sighing that, in relation to whatever we do in the Middle East, Middle Easterners have a grating propensity for scapegoating America for their own self-inflicted miseries.

We are blamed for putting in the shah of Iran. Or is it that we are faulted for allowing the Khomeinists to take over and wreck Iran? Should we support democratic reformers? We did just that all during the Bush administration with its freedom agenda to the point of ensuring that Iraq oil was transparent and off-limits to American companies, while sacrificing much to foster democracies in Afghanistan and Iraq.

And the response? Bush, the best friend that reformers in the Middle East ever had, was mostly derided by Middle-East intellectuals, variously written off as a neocon Israeli puppet, a war criminal, a naïf pushing unworkable democratic government among traditional Arab societies, as a callous realist intriguer who propped up pro-American thugs like Hosni Mubarak, or as an unreliable ally who unfairly pressured authoritarians like Hosni Mubarak. In the Middle East, there is a conspiracy theory for every day of the week.

In sum, the American people think the Middle East is, well, the Middle East: support democracy and we are derided as cultural chauvinists, Western interventionists, and clueless about the nuances of Arab culture. Support the existing status quo, and we care only about oil, not the masses, and geopolitics rather than democratic reform. Stay out entirely and we have abdicated moral responsibility. Intervene and we are “nation-building” in the old colonial fashion.

It is hard for Americans to keep up with all this, much less take Middle East intellectuals seriously, given their lockstep and boring anti-Americanism. No wonder the American people seem to have become tired of this wink-and-nod con. Their exhaustion has proved a godsend to Obama, who can be naturally both weak and indecisive, and not necessarily in the short-term unpopular at home for such laxity. Again, for a variety of other reasons, he wanted to vacate the region and forget about violence against sympathetic Christians, Iraqi reformers, Afghan women, and anyone else who hoped for something better. Conniving Arab leaders and whiny intellectuals helped to give him his opening.

Oil is still an important consideration, but now ironically so. For the last half-century, Arabs have damned the West for developing the Middle East oil industry, for supposedly supporting authoritarian oil sheiks who sell petroleum at astronomical prices to the U.S. and Europe, buy Western weapons, live it up on Western junkets in quite anti-Koranic fashion, and then manage to buy off their own publics to table any ideas of social or political liberalization. They have gotten rich off their oil that someone else found and developed; and they have embargoed it, price-gouged it, and used it as blackmail.

But now the U.S. and North America are nearing self-sufficiency in oil and gas production. The United States soon will not need much Middle East or Mediterranean oil. Perhaps the oil-hungry Chinese and Europeans can deal better with Sunnis, Shiites, Baathists, al-Qaeda, Hezbollah, Hamas, Islamic Jihad, the theocrats in Iran, Bashir Assad, the coup in Egypt, and whoever is rioting, blowing themselves up, or storming an embassy this week.

In sum, Middle-East teenage strutting, pontification, boutique anti-Americanism, brutal anti-Western terrorism, and general game-playing were always predicated on one common denominator: the parent U.S. felt it just had to put up with the whining of the adolescent Middle East.

America either needed Middle East oil, or it had humanitarian concerns and wanted greater freedom and prosperity for millions of the oppressed. Or it once worried about Soviet communism, then al-Qaeda fundamentalism, and then Iranian weapons. Or it ensured that the world’s sea lanes in and out of the Persian Gulf and Suez Canal were open and safe. Or it protected Europe’s southern flank when Europe itself would not. Or it worried about vulnerable Israel.

The American taxpayer always needed coaxing to keep committed to all that.

Yet with Obama something quite new followed: a true isolationist and neo-neutralist president. A cool Barack Hussein Obama, who referenced his paternal connections to Islam and who was a proud man of the Left. A president who was skeptical of Israel and, with an eye to public support, a critic of past U.S. interventions. He wanted out of the region at all costs. The American people, tired of serial wars abroad, snoozed their agreement.

Obamism could not have happened to a nicer region.