The defunding wars are over. The accusations are fading. We are back to reality. Of course, America’s long-term prospects, at least in comparison with other countries’ futures — whether in terms of demography, military power, food-production constitutional stability, energy sources, or higher education — are bright. 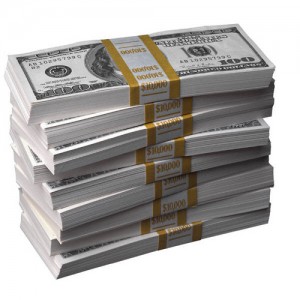 But short term, we are walking over landmines that threaten to blow up the normal way of doing business, and pose far more harm for Democrats than for Republicans.

The real story about the debt is that by the end of Obama’s eight years, he will have matched the borrowing of all previous presidents combined.  Yet incredibly, the present huge sum of $17 trillion in debt is serviced at the same cost that we paid over 15 years ago. Such free use of money without raging inflation is almost historically unprecedented — and it won’t last.

Indeed, we are paying today about the same amount in aggregate annual interest payments, in non-inflation-adjusted dollars no less, as in 1997 — even though the 2012 figure of $17 trillion in debt is about three times larger than it was a decade-and-a-half ago. That anomaly is possible only because today’s interest rate of about 2.2% is only a third of what it was back then.

If interest ever returned to 1997 levels, at say 6.6%, we’d be paying over a trillion dollars a year in debt service. In crude terms, the winners of this Ponzi scheme are the very wealthy connected to Wall Street, which is flooded with foreign and domestic capital. It need not do much of anything more than outperform a pathetic 1% return on savings accounts.

The poor benefit from the vast increase in federal spending and exemption from federal income taxes. In contrast, the middle class still pays high interest on its student loans, credit card, and, to a lesser extent, car debt, receives almost no interest on its meager savings accounts, and is not so ready, after 2008, to dabble in real estate and the stock market.

In some sense, holders of U.S. Treasury debt and passbook savers are giving up hundreds of billions of dollars in interest returns (cf. the difference, say, between 1% and a more normal 5%) to subsidize the redistributive policies of the federal government.

The lack of interest, or de facto negative interest, keeps the near-retired working and hampers job prospects of the young; discourages thrift, savings and investment; and plays an underappreciated role in the slow economic recovery. The Democrats must deal with the contradiction of needing zero interest rates to service their recent extra $6 trillion in debt, and higher interest to encourage savings, investment, and job growth.

While the glitches and sign-up problems of Obamacare may soon ameliorate, the program’s damage and unpopularity won’t go away soon.

All the president’s promises will stay broken: health-care premiums will go up, not down. Young people, who can least afford a new burden, will have to be taxed to pay for others and so resist. The deficit will not be helped. Obamacare more likely will make it go up. Premiums will climb. Existing plans will be altered. Doctors will be less, not more accessible. Businesses will not enjoy a new competitiveness. Exemptions for administration pets will continue. Again, the wealthy will find ways to navigate around Obamacare, and the middle class will pick up the tab in higher costs and worse care.

In short, over 300 million people are going to find their health care analogous to a DMV visit. The logic of Obamacare was always redistributionist; those who had health care were obligated to give up some of it so that others might share the same benefits, regardless of the circumstances, fair or unfair, under which such differences first arose. Washington has decided that, with more money and employees, it can decide who has too fine a health care policy and who too little insurance, and then make the necessary redistributive adjustments.

The shutdown may have temporarily sidetracked the Republicans, yet Obamacare threatens much worse for the Democrats. By 2014 the former will be ancient history, while the latter will be an ongoing mess.

All the old liberal pretexts for the debt are now questionable. Foreign wars are over in Iraq and about over in Afghanistan. Sequestration already made radical cuts in spending. New taxes on the top brackets were passed. The economy is supposedly recovering, bringing in new revenue.

Why, then, are we still borrowing $700 billion annually?

Obama will probably not get GDP growth up to 4-5%. He won’t be able to raise taxes again, above the new 39% rate, on “fat cats.” There are no more wars to blame for the borrowing. Instead, he faces always higher entitlement costs, Obamacare, and possible hikes in interest rates. This paradox has no answer other than spectacular economic growth, the repeal of Obamacare, an extension of the private-energy revolution onto federal lands, and vast cuts in entitlements. I don’t see any of that happening in the next three years, and so the deficits will continue to hover between $600 billion and $1 trillion per year. “Bush did it” will not excuse a president who in eight years borrowed more than did all previous presidents put together.

Ramming through amnesty will be an Obamacare-like disaster. With even cursory scrutiny, the public will learn that the effort is far more than giving “dreamers” who played by the rules a fair shot. Instead, “legal” immigration-reform proposals will still inordinately favor family and ethnic considerations and proximity to the border, not racially blind educational and skill-set criteria. The public still does not trust government claims about border security. The pathway to citizenship provisions will still extend green cards to those with criminal records, including DUIs, and past residence on public assistance.

In short, the bill is not about giving the Korean engineer a chance to become a legal skilled employee, or allowing the Romanian doctor to practice without fear of deportation.

It is not about giving the Mexican national, who is a National Merit Scholar, a chance to attend MIT without worry of deportation. At least not entirely.

Instead the bill is politically and ethnically chauvinistic. Indeed, comprehensive immigration reform is the most illiberal legislation in a generation: it favors Latin American nationals over others entirely on the basis that they have already broken federal immigration laws, are residing here illegally, and share the same ethnic background as their leaders in the Democratic Party.

It hurts the lower classes, many of them minorities, who compete with cheap labor of foreign nationals. It burdens state budgets that must allot hundreds of billions in entitlement costs to allow rough parity to the vast majority who arrive from Mexico and Latin American illegally, without a high school diploma and without English.

It will ensure Democratic majorities in the American Southwest for a generation and turn Nevada, Arizona, New Mexico, and perhaps Texas into something akin to the politics of California. The bill is ethnocentric, championed by corporate elites and ethnic chauvinists, and central to Democratic Party strategy.

Anyone who worries about a melting-pot, ethnically blind tradition of immigration and assimilation, the wages of entry-level workers, fairness to middle-class taxpayers, the truly needy who depend on a solvent government, or the need for skilled and educated legal immigrants should be worried by the legislation.

In contrast to all of the above, there are all sorts of conservative opportunities that focus on the welfare of the middle class. Take the 2012 stalled farm bill. It is a gift to agribusinesses (at a time of record high commodity prices, no less) not small farmers, to the degree there are any left of the latter, and should be opposed as corporate welfare. More gas and oil drilling on federal lands is also a naturally winning issue. Fracking and horizontal drilling will help lower energy and fuel costs for the public and offers the quickest way to provide more good jobs. Luring energy-intensive industries back to the U.S. should also be a conservative cause.

In contrast, zero interest, Obamacare, more borrowing, amnesty, and using government to hinder federal energy leases and Keystone are not popular issues, and do not appeal to the working classes.  Will Republicans finally grasp that?