Science is ignored when it doesn’t support politically correct policy.

President Obama entered office promising to restore the sanctity of science. Instead, a fresh war against science, statistics, and reason is being waged on behalf of politically correct politics. 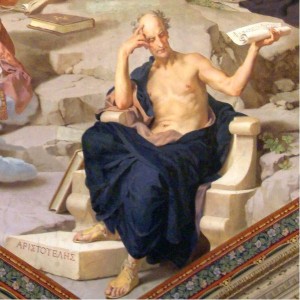 After the Sandy Hook tragedy, the president attempted to convert national outrage into new gun-control legislation. Specifically, he focused on curtailing semi-automatic “assault” rifles. But there is no statistical evidence that such guns — semi-automatic rifles that have mostly cosmetic changes to appear similar to banned military-style fully automatic assault weapons — lead to increased gun-related crimes.

The promiscuous availability of illegal handguns does. Handguns are used in the vast majority of all gun related violent crime — and in such cases they are often obtained illegally. Yet the day-to-day enforcement of existing handgun statutes is far more difficult than the widely publicized passing of new laws.

Late-term abortions used to be justified in part by an argument dating back to the 1970s that fetuses were not yet “human.” But emerging science has allowed premature babies five months old or younger to survive outside the womb. Brain waves of fetuses can be monitored at just six weeks after conception. Such facts may be unwelcome to many, given the political controversy over abortion. Yet the idea that fetuses are not viable humans until birth is simply unscientific.

The president still talks of “settled science” in the global-warming debate. He recently flew to California to attribute the near-record drought there to human-induced global warming.

There is no scientific basis for the president’s assertion about the drought. Periodic droughts are characteristic of California’s climate, both in the distant past and over a century and a half of modern record-keeping. If the president were empirical rather than political, he would instead have cited the logical reasons for the fact that this drought is far more serious than those of the late 1970s.

California has not built additional major mountain storage reservoirs to capture Sierra Nevada runoff in decades. The population of the state’s water consumers has almost doubled since the last severe drought. Several million acre-feet of stored fresh water have been in recent years diverted to the sea — on the dubious science that the endangered delta smelt suffers mostly from irrigation-related water diversions rather than pollutants, and that year-round river flows for salmon, from the mountains to the sea, existed before the reserve water storage available from the construction of mountain reservoirs.

The administration has delayed construction of the proposed Keystone XL pipeline, citing concern about climate change. Yet a recent State Department environmental report found that the proposed pipeline would not increase carbon dioxide emissions enough to affect atmospheric temperatures. There is no scientific basis from which to cancel the Keystone, but a variety of logical reasons to build it — such as moving toward North American energy independence and protecting ourselves against energy blackmailers and cartels abroad.

Science is rarely “settled.” Instead, orthodoxy is constantly challenged. A theory survives not by politics, but only if it can offer the best logical explanations for a set of circumstances backed by hard statistical data.

“Global warming” that begat “climate change” is no exception. All the good politics in the world of blaming most bad weather on too much carbon dioxide cannot make it true if unquestioned climate data cannot support the notion of recent temperature increases’ being directly attributable to rising man-caused carbon dioxide levels in the atmosphere.

In recent years, “settled science” with regard to the causes of peptic ulcers, the health benefits of Vitamin D, the need for annual mammograms, and the prognostic value of the prostate-specific antigen test have all been turned upside down by dissident scientists offering new theories to interpret fresh data.

Yet for the new anti-empirical Left, science becomes an ally only when refuting absurd religious theories that the Earth is 5,000 years old. Otherwise, it can prove irrelevant when it does not support pet causes.