The modern West demonstrates a phenomenon unknown in history–– 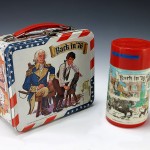 unprecedented wealth, technology, and access to information combined with abject stupidity. Wisdom once known by every village explainer and cracker-barrel crank has been discarded and replaced with phony “sciences” making claims about human nature and behavior that are based on nothing other than false assumptions, political ideology, and wishful thinking. Whether it’s foreign policy, managing the economy, or teaching the young, our leaders institute policies that violate the traditional wisdom accumulated by generations of human experience.

The debacle unfolding in Syria is not a consequence of a failure of complex knowledge known by “experts,” or of mismanagement of abstruse technical diplomatic procedures. It’s a failure to understand human nature as well as illiterates did in the past. Common sense tells us that any negotiation with an adversary depends on a credible threat of serious force. Sometimes violence must be used just to demonstrate a willingness to back up words with deeds and convince skeptics you mean what you say. Likewise a treaty is only as good as the commitment to enforce its provisions with violence. A serial failure to do so, particularly when those failures are accompanied by empty bluster or passive-aggressive diplo-speak, invites more aggression and violations. History is full of examples of this simple truth. The 20’s and 30’s of the last century illustrate aggressor after aggressor brushing aside treaty obligations and the bluster of the League of Nations while pursuing their aggression––Japan in China, Italy in Ethiopia, and of course Germany in the Rhineland, Austria, and Czechoslovakia.

More recently, North Korea, a failed thugocracy surviving only by dint of Chinese life-support, brilliantly exploited the unwillingness of the West to back up its threats with force. Just peruse the timeline of the West’s attempts to stop North Korea’s acquisition of nuclear weapons, and the serial failure of diplomacy unsupported by credible force becomes obvious. Yet despite that glaring example of the wages of ignoring common sense, Obama––hard on his humiliating appeasement of Syria camouflaged by U.N. “inspections”––is now playing diplomatic footsie with Iran’s alleged “moderate” President Hassan Rouhani. This would be the same Rouhani who a few years ago publicly bragged about using diplomatic gabfests to buy time for advancing Iran’s nuclear weapons program. Obama and other foreign policy naïfs think that his threat of an “unbelievably small” cruise-missile fireworks show frightened the Iranian regime––the same terrorist gang with American blood up to its elbows––into this charm offensive. The truth is Obama’s patent willingness to perfume his failure of nerve with “negotiations” convinced the Iranians that he will not use force to stop their nuclear program, and that throwing him a few diplomatic bones might win them a relaxation of sanctions for very little cost.

Why do we do ignore traditional wisdom the way we do? Because we can afford to indulge the internationalist fantasy that war is an anomaly from our uncivilized past, and that all peoples want what we want––peace, leisure, and prosperity––and are eager to avoid conflict with diplomatic words in order to avoid military deeds. Common sense and a knowledge of history show that in reality, many peoples want something else––honor, fidelity to their gods, domination of others––and are willing, if not eager to use violence to achieve these goals.

Back at home, we are currently pursuing energy policies that would have stupefied anybody before the 20th century and the rise of romantic environmentalism. Any power in the history of the world that was dependent on a natural resource for its survival and flourishing took every means available to insure its access to that resource. The ancient Athenians did not have enough arable land to produce adequate grain for its citizens. Thus it had to import grain, much of it from the Black sea region. To ensure this supply, the Athenians controlled or dominated every other city-state on the sea-route from the Black Sea, with military force if necessary. That’s just common sense.

Similarly, our advanced economy and the rich material life it produces depends on carbon-based energy, whether oil, natural gas, or coal. That need, moreover, means that we must import oil from other countries, some of them hostile to our interests and security. Given the importance of carbon for our domestic affluence and foreign policy interests alike, you would think that we would exploit every possible source of this vital resource existing in our own territory.

But not us rich, stupid moderns. We have put off-limits huge supplies of oil and natural gas––a trillion barrels by some estimates––everywhere from Alaska to the Gulf of Mexico. The only development going on is on private lands in states that, unlike California, do not put up punitive regulatory barriers to exploration and exploitation. Obama has intensified this bizarre behavior. He has blocked the Keystone pipeline, and his federal Bureau of Land Management has just reduced by two-thirds the 1.3 million acres George Bush set aside for development in Colorado, Utah, and Wyoming. Compared to the last 3 fiscal years of George Bush’s second term, during the first 3 fiscal years of Obama’s first, drilling leases on federal land fell 42%, and permits fell 39%. And his EPA has just issued regulations on coal-fired electricity plants that are so severe and expensive that many plants will shut down and fewer new ones will be built, meaning electricity will become more expensive.

And why have these policies adversely affecting a resource vital to our economy been issued? Because we are rich enough to afford gratifying Disneyesque fantasies about a beneficent nature with whom we should be living in “harmony,” and lurid apocalyptic scenarios about global warming, both of which we dress up in bad science. Thus we promote and fund dubious “alternative energies,” and start a war on carbon that if unchecked will damage our economy and way of life. In short, we ignore the wisdom an illiterate ancient Athenian knew––that if there’s a resource critical to you survival, you’d better control and exploit it.

Or take the continuing failure of our schools to give our children the skills necessary to be productive members of our economy and good citizens worthy of political freedom. For nearly a century our so-called “educators” have pursued every fad of pseudo-sciences like psychology to throw out traditional learning and replace it with voodoo like “self-esteem,” “collaborative learning,” “values clarification,” and other nostrums reflecting progressive ideology and pop-psych snake oil. The result has been abysmal ignorance of basic skills evident in comparisons with other countries. For example, in a 2010 report, only 6% of U.S. students were performing at an advanced level in math, a percentage lower than 30 other countries, and only 32% of 8th graders were proficient in math.

Of course, any village explainer could tell us that learning has little to do with massaging the feelings and self-esteem of children, and nothing to do with filling their heads with progressive superstitions like “environmentalism” or “social justice.”  In a recent Wall Street Journal article, the author discusses new evidence suggesting that common sense is indeed more useful than the faddish pedagogical theories generated by educational schools and inflicted on future teachers. The author’s list of the eight principles of educational success comprises exactly what any frontier one-room-school teacher in the 19th century would have known: “A little pain is good for you,” “Drill, baby, drill,” “Failure is an option,” “Strict is better than nice,” “Creativity can be learned,” “Grit trumps talent,” “Praise makes you weak,” “While stress makes you strong.”

So why do we continue to chase pedagogical fads that make our children more ignorant and unprepared for the adult world? Because we can afford to. The malign effects of turning out generation after generation of ignoramuses with bloated self-esteem are insidious. Like the exploding federal debt, the apocalypse lies down the road, which means it will be somebody else’s problem. Meanwhile we have enough accumulated capital from our forbears, and enough smart people who somehow escape or overcome the educational mediocrity machine to keep the economy humming just enough for most of us to keep shopping, eating, and twerking ourselves into oblivion.

But there’s something else every cracker-barrel philosopher knew––there’s no free lunch. Eventually the bill will have to be paid, and then we’ll see the wages of forgetting traditional wisdom and thinking that the eternal laws of human nature and behavior have been repealed just for us.