Rather than twisting the political knife in the gaping wound that is Obamacare, House Republicans are off on a “comprehensive immigration reform” toot. The 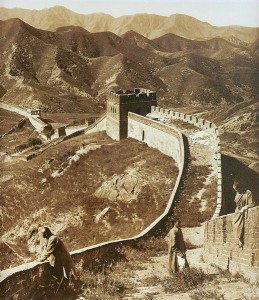 latest news has the Speaker putting off any action for now, and waiting until after the midterm elections in order not to anger the anti-amnesty base, and “to goose Latino turnout or to swing purple districts” in 2016, as political blogger Allahpundit put it. In other words, electoral timing rather than principle is determining what happens.

But principle, not to mention common sense, is what’s at stake here. Anyone proposing “comprehensive” anything after the debacle of Obamacare is delusional. Complex problems are not going to be solved with grandiose legislation that tries to politically please everybody. Nor are most sensible voters likely once again to play Charlie Brown to the Congressional Lucy jerking away the promised “enforcement triggers” and “border security” football after the de facto amnesty is already in place. We went through all that in 1986, when the same promises of employer checks of legal residency and beefed-up border security were broken, more than doubling the number of illegal immigrants from 5 million to 11 million today.

And please, let’s stop all the delusional dreams of Hispanic “natural conservatives” flocking to the GOP after the boon of amnesty is bestowed upon them. John McCain partnered with Teddy Kennedy in 2005 and 2007 to craft legislation to create a “path to citizenship,” and still got half as many Hispanic votes (31%) as Barack Obama did in 2008. By the way, McCain beat Mitt “self-deport” Romney by a whole 4 points with Hispanic voters. Voters vote their interests, and the interests of the majority of Hispanic voters are best served by the Democrats, as evidenced by the fact that 75% percent favor a “bigger government providing more services,” according to a Pew poll. That’s why the best a Republican candidate has done with Hispanics, George W. Bush in 2004, was still 18 points behind the Democrat John Kerry, one of the least likable and most incompetent candidates since Mike Dukakis. To think that being nice will trump those interests is nonsense. And any gain that might accrue is likely to be offset by losses among the base angered at such pandering.

Also ridiculous is the fear that not doing something will allow Democrats to tar Republicans with the racism or xenophobia brush. Here’s a newsflash: they are going to do that no matter what Republicans do. The “preemptive cringe” as Margaret Thatcher called it is the worst form of defense. The only way not to be labeled “racist,” or accused of waging a “war against women,” is to give the liberals everything they want. Rather than give in to such threats, go on offense with data detailing the enormous costs of illegal immigration in states like California. Take those hidden cameras into San Joaquin Valley emergency rooms on Saturday night, the jails and prisons, the Social Security Disability office, the stores and groceries accepting EBT cards, and the small towns stricken with hit-and-run drivers, drunk drivers, county roads turned into dumps, unregulated buildings and restaurants, and rampant theft.

Of course, there are numerous illegal aliens and their children who are hard-working, law-abiding, and eager to become Americans, not remain Mexican at heart while they benefit from America’s opportunity and freedom. Having lived 60 years in the San Joaquin Valley and experienced immigration legal and otherwise long before tony liberals discovered this issue, I have known many such immigrants. But in the immigration debate today, all we hear are the feel-good stories about hard-working family-values Hispanics, and nothing about the other side of the coin: the thug, the welfare leech, the thief, the law-breaker, and the gang-banger. If we are going to debate this issue honestly, then let’s talk about the whole reality rather than ignoring the side that doesn’t advance our political interest, whether this be more Democrat voters and welfare clients, or more cheap labor. Then explain how amnesty is going to change that behavior and lower those costs.

If the Republicans want to start doing something about immigration, then build a fence on the border, period. And don’t tell me it’s impossible. In the 14th Century the Ming Dynasty in China built 5,500 miles of the Great Wall using nothing but animal and human muscle power. Don’t tell me the country that between 1940 and 1944 increased military aircraft annual production from 3660 to 96,300, that in 1942 was producing 4,000 Sherman tanks a month, 70 years later can’t fence off the 1933 miles of border between Mexico and the U.S.

Do that first, and when the border is secure, then start talking about what to do with the 11 million illegal aliens. Meanwhile, reform our immigration policies by getting rid of family reunification programs, and making admission to this country conditional on what the immigrant has to offer Americans, not what Americans have to offer immigrants. Start enforcing labor laws and putting teeth into sanctions against violating them. And most important, start returning to the old model of immigration that made it work for most of American history: assimilation to American political principles and virtues, facility in speaking English, and a rejection of self-loathing multicultural nonsense about American guilt and the superiority of the countries immigrants risk their lives to leave.