We depend on thousands of small contributors.

National Review Online imposes no litmus test on its contributors. The result each day — to take the most recent hot-button issue — is that columnists both 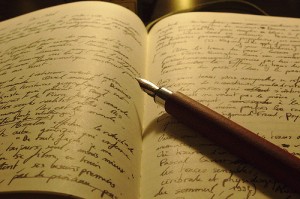 support and oppose the proposed Syrian intervention, though usually from a shared conservative perspective.

NRO provides a platform for a wide variety of traditional Republican, libertarian, centrist conservative, neo-con, and paleo-con views; the common denominator is a shared belief that the individual is empowered by smaller government, lower taxes, and fewer regulations, and a deep skepticism of radical social and cultural change, especially without some reverence for and guidance from past traditions.

Unlike many new online magazines and research centers, NRO is not the creation of an endowment from a benevolent donor, but rather depends on thousands of small contributors. That populist flavor is reflected in both the content of the magazine and the sort of readers who support it, and provides a valuable supplement to and sometimes warning against the traditional Republican establishment.

I read NRO every day. While I seek a conservative take on the day’s events, I am never quite sure what it will be other than well-argued and provocative. And what I like best about NRO are the readers. On any NRO cruise they are talkative, argumentative, don’t back down, and judge opinions by the quality of the argument, not by the supposed status of those who offer them.

That sense is confirmed by talking with NRO supporters, reading their comments, and meeting them on the street — they are far more populist than the supposedly progressive Left, and come from all walks of life. NRO has become a daily electronic meeting place of informed conservatives from every class and locale, and it is needed in these trying times more than ever.

Support this good work with a donation here.

NRO contributor Victor Davis Hanson is a senior fellow at the Hoover Institution. His latest book is The Savior Generals, published this spring by Bloomsbury Press.