Remember the “contrary” Sioux warrior from Little Big Man? He did everything backwards––said “hello” for “goodbye,” washed in sand instead of water. Our president is the foreign policy contrary. He has gotten backwards every maxim of proven wisdom for dealing with the rest of the world. Teddy Roosevelt counseled, “Speak softly and carry 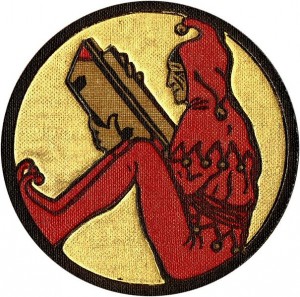 a big stick,” but Obama has spoken loudly and carried a little stick. Churchill said, “You can always count on Americans to do the right thing—after they’ve tried everything else.” Obama can be always counted on to do the wrong thing––before he’s tried anything else. The Roman general Sulla was “no better friend, and no worse enemy.” Obama has been no better enemy, and no worse friend.

The president’s malignant narcissism explains a lot of this incompetence. His belief in his own transformational personality has blinded him to reality, and given him the delusions of omnipotence more typical of a child. You have to go back to Neville Chamberlain to find a major world leader so dangerously deluded by self-regard. Whenever Obama speaks to the world, I’m reminded of Chamberlain preening before his cabinet during the Munich crisis, telling his ministers that he was “satisfied Hitler was speaking the truth,” and that “he had established some degree of personal influence over Herr Hitler,” and that Hitler “would not deliberately deceive a man whom he respected.”

You can imagine Obama after his Cairo speech, thinking the Muslim Brothers he had sat in the front row were similarly enchanted with his world-transforming magnificence and persuasive brilliance. More likely they looked at him like the T-Rex in Jurassic Park getting ready to dine on the tethered goat. You know, the look Putin gets on his face whenever he and The One are in the same room.

But Obama’s failures go beyond his personality. They reflect the delusions of modernity that the gruesome excesses of traditional Islam’s pre-modern mentality have exposed. We watch the violence in Syria, Lebanon, Iraq, and Egypt, and we wag our diplomatic fingers, scold the perpetrators with our “concern,” counsel “restraint” and “reconciliation,” start U.N. “investigations,” threaten to withhold military hardware or foreign-aid swag, and indulge various other substitutes of words for deeds. We think that those hard, cruel men doing the killing just need to be reminded of universal human rights, tolerance, peaceful coexistence, and the marginalization of state violence that all took several centuries to evolve in the West, but that never have been much on display in Middle Eastern Islamic societies. On the contrary, history shows that violence against one’s political, religious, and sectarian enemies, sanctioned as it is by Islamic theology, is a perfectly rational and legitimate tool of power in the Middle East.

What’s worse, we refuse to accept that if we sincerely think we are morally obligated to stop that violence, then diplomatic talk, economic sanctions, “no-fly zones,” and other half-measures aren’t going to work. Massive force employed to kill the bad guys will be necessary. That’s how Hussein, who made Bashar al-Assad look like a Unitarian Scoutmaster, was stopped after 12 years of fruitless U.N. resolutions and sanctions. That’s how the equally murderous Taliban were driven from power in Afghanistan. And even then, killing the thugs is just the beginning. You have to stick around and keep killing thugs for as long as it takes. What you can’t do is the opposite, which is what our contrary president did––announce a date-certain withdrawal, and then leave whether the conditions were strategically right for going or not, thus squandering the sacrifice and success of our troops. Hence the spectacle of Iraq today, as it relentlessly slides backwards into domination by Iran and slaughter by resurgent Sunni terrorists, with Afghanistan promising to follow the same trajectory after we leave next year.

Our contrary commander-in-chief made the same blunder in Syria. If there was a moment when intervention might have been successful, when it was the “right thing” to try, it is long gone. Now even if we destroy the Assad regime, we will bring to power various jihadist outfits that will damage our interests and those of our allies in the region even more than Assad has. If we don’t, and Assad survives, Iran and its Hezbollah minions become the dominant regional power, Russia strengthens its foothold in the region, and our allies like Egypt, the Gulf Emirates, and Saudi Arabia––already disgusted with our treating “friends” like Mubarak as if they are enemies, and enemies like the terrorist Muslim Brothers as if they are friends––will start looking around for a more reliable ally, perhaps a Pakistan ready to sell them some nuclear weapons.

The brief window of intervention having closed, however, now the President “Weighs Plans to Punish Assad,” as the Wall Street Journal announced. Having failed to try the “right thing,” now’s he contemplating doing the “wrong thing.” But even if that headline is not just more “loud talk,” in the event the intervention “stick” won’t be big enough or the commitment long enough to make a definitive difference. It will only end up providing the jihadist Der Stürmer Al-Jazeera in America with graphic footage of innocent Syrians obliterated by American bombs.

By far the biggest mistake of our contrary president is to ignore the wisdom every global power has known from Rome to the British Empire: the importance of prestige, which a great power nurtures by consistently rewarding its friends and punishing its enemies. Both friends and enemies have to believe your promises and threats will be followed by meaningful action. But this president gets it backwards: just make empty threats and preen morally, and then rationalize a failure to act by invoking “international law” and “U.N. mandates” and other verbal squibs that fill those hard cruel men doing the killing with nothing but contempt. Respond to Assad’s crossing the “red line” by promising assistance to the insurgents, but then never follow through with even the promise of near-useless small arms––and then watch Assad murder 350 men, women, and children with sarin nerve gas on the anniversary of Obama’s “change my calculus” bluster about chemical weapons. Decry terrorism and drone to death an endless parade of al Qaeda “number twos,” but then cozy up to the arch-jihadists Muslim Brothers, al Qaeda’s spiritual godfathers, and beg the Egyptian army to “reconcile” with terrorists. Tell the world “I think it was absolutely the right thing for us to do to align ourselves with democracy [and] universal rights,” and then make your best international friend Turkey’s Islamist, anti-Semitic Prime Minister Erdogan, currently dismantling “democracy and universal rights” in Turkey. And don’t forget to periodically browbeat Israel, our only reliable friend in the region.

So our contrary president has managed to destroy our prestige, alienate our friends, embolden our enemies, increase contempt for our power, and leave behind a Middle East more violent, murderous, and hostile to our security and interests than it ever has been. Just what you would expect from someone who sees the world backwards.