In the next 90 days, the Obama administration will have to declare victory and then abandon most 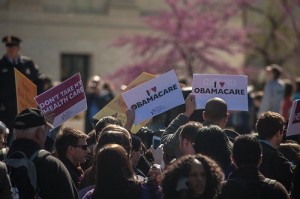 The legislation defies the laws of physics—more and broader coverage for more people at less cost—as well as logic: Young people, on average as a cohort with higher debt and less employment, will pay more for coverage they do not use much to subsidize others, often better off, to pay less for coverage they use a lot. It will be interesting how the administration pulls it off, given its past record of often being successful at this sort of dissimulation.

The “Patient Protection and Affordable Care Act”—despite the euphemistic name, the legislation has caused millions to lose their coverage and upped the costs for millions more—is a stone around the necks of Democratic congressional candidates, and something political will have to be done within the next year to address it. The Obama administration’s first impulse will probably be haphazard and periodic non-compliance with the law in the manner of its treatment of the employer mandate, and, for that matter, all sorts of other “settled” legislation that, for political reasons, it simply chose not to enforce, from pre-election border enforcement and the Defense of Marriage Act to the contractual order of the Chrysler creditors. In that regard, the administration might table the individual mandate or administratively change the wording of required insurance protocols to let people keep their old plans that were recently dismissed as “bad apples” or “junk.” Maybe they could call all that “pro-choice,” or “good apples.”

A second and previously popular Obama strategy—cf. the war on terror rebranded with “workplace violence,” “largely secular,” “man-caused disasters,” and “overseas contingency operations”—would be just to scrap most of the law and keep a tiny sliver like the front-ended goodies (such as not losing your insurance for preexisting conditions or keeping children on parental plans until 26) and restamping that tiny change as the old Patient Protection and Affordable Care Act, while quietly dismantling the program piecemeal.

Each time Obama has had to square the circle—e.g., keeping or expanding the hated Bush-Cheney anti-terrorism protocols while still demagoguing them—he has resorted to philology and simply changed the meanings of things. He will probably tell us the naked health-care emperor is fully dressed in the way that the tenfold expansion of the drone program was a legacy of Bush, or the willingness to exceed the U.N. in Libya, ignore it in Syria, and undermine it with Iran is “working with the UN.”

I don’t see as viable the third, and no doubt favored, solution: a stealth attempt by fiat to implement a single-payer system. Assuring the people that the problem with Obamacare was not enough government rather than too much does not seem like a winner. Somehow the Obama administration took public distrust of insurance companies and transmogrified that suspicion into greater distrust of government. And when they talk of drafting techies to the rescue of the website, they seem not to be talking about more GS somethings, but hip Silicon Valleyites from the correct part of the private sector. For now there can be no more presidential sweeping statements about not losing this or not paying more for that, but probably silence, as administration lawyers administratively chart non-compliance strategies and the usual politicos find ways to call that a smashing success.