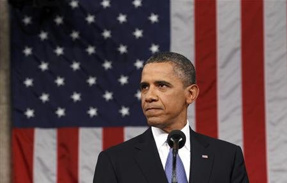 Everyone can agree that Obama’s handling of the crisis has been puerile, and that there now are only the proverbial bad and worse options—the  result being not whether the U.S. loses credibility, but only how much and for how long. So what comes next?

At this point, the president would do far better to respect the probable “no” vote from the Congress (at least from the House), curb the demagoguing, keep quiet, put the preemptive attack on hold, and announce only that the “U.S. reserves all options to act when and if it sees fit”—and leave it at that. For once, let our enemies ponder our silence rather than be unimpressed by our verbosity.  If we believe there is a viable pro-Western Syrian Free Army that can be distinguished from the anti-Western militias, and think that it can win, and trust that it would be better than Assad in protecting minorities threatened by Islamists, then by all means let us up our aid and attention.

And it may be likely, as in the case of the faux red line, that Assad will seek to test the U.S., perhaps in concert with his Iranian and Hezbollah allies. If and when those provocations pose an imminent threat to U.S. security, then the president can act with the full support of the American people and Congress, perhaps even more so, once he has shown wisdom in avoiding, at the eleventh hour, his present miasma. He could use the present lull to craft a coalition of our allies, prep and inform Congress to brace for  our enemies’ possible full-throttle challenge to the U.S., and prepare a response that would meet constitutional and national-security requirements—and win public support. In other words, right now we could forge a strategy for impending contingencies that we never had in Libya or Syria—predicated on examining what are our aims in using deadly force, what are we willing to pay to achieve them, and what is the ultimate result we could live with?

Obama should accept his back-down as a loss of face, and never do such a dangerous thing again (fake red lines, indecision, policy reversals, pontification and sermonizing, blame-gaming, garbled aims and means, etc.), but not see the misstep as fatal to the U.S. Like Kennedy after Vienna, let him prepare now for the worst, for, as was the case with an embarrassed Kennedy at that summit (“He beat the hell out of me. . . . He savaged me”), our next encounter could come quite quickly and won’t be about whether killing some people with Tomahawks restores Obama’s fides, but rather over something far greater and more dangerous.