We can afford to be overly optimistic about Iran, but Israel can’t. 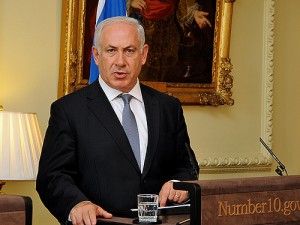 President Obama was eager to talk with him at the United Nations — only to be reportedly rebuffed, until Obama managed to phone him for the first conversation between heads of state of the two countries since the Iranian storming of the U.S. embassy in 1979.

Rouhani has certainly wowed Western elites with his mellifluous voice, quiet demeanor, and denials of wanting a bomb. The media, who ignore the circumstances of Rouhani’s three-decade trajectory to power, gush that he is suddenly a “moderate” and “Western-educated.”

The implication is that Rouhani is not quite one of those hard-line Shiite apocalyptic theocrats like Mahmoud Ahmadinejad, who in the past ranted about the eventual end to the Zionist entity.

Americans are sick and tired of losing blood and treasure in the Middle East. We understandably are desperate for almost any sign of Iranian outreach. Our pundits assure us that either Iran does not need and thus does not want a bomb, or that Iran at least could be contained if it got one.

No such giddy reception was given to Israeli prime minister Benjamin Netanyahu. In comparison with Rouhani, he seemed grating to his U.N. audience in New York. A crabby Netanyahu is now seen as the party pooper who barks in his raspy voice that Rouhani is only buying time from the West until Iran can test a nuclear bomb — that the Iranian leader is a duplicitous “wolf in sheep’s clothing.”

Why does the unpleasant Netanyahu sound to us so unyielding, so dismissive of Rouhani’s efforts at dialogue, so ready to start an unnecessary war? How can the democracy that wants Iran not to have the bomb sound more trigger-happy than the theocracy intent on getting it?

In theory, it could be possible that Rouhani is a genuine pragmatist, eager to open up Iran’s nuclear facilities for inspection to avoid a preemptory attack and continuing crippling sanctions. But if the world’s only superpower can afford to take that slim chance, Netanyahu really cannot. Nearly half the world’s remaining Jews live in tiny Israel — a fact emphasized by the Iranian theocrats, who have in the past purportedly characterized it as a “black stain” upon the world.

After World War II, the survivors of the Holocaust envisioned Israel as the last-chance refuge for endangered Jews. Iranian extremists have turned that idea upside down — when, for example, former president Hashemi Rafsanjani purportedly said that “the use of even one nuclear bomb inside Israel will destroy everything.”

Netanyahu accepts that history’s lessons are not nice. The world, both ancient and modern, is quite capable of snoozing as thousands perish, whether in Rwanda by edged weapons; in Iraq when Saddam Hussein gassed the Kurds; or, most recently, more than 100,000 in Syria.

Centuries before nuclear weapons, entire peoples have sometimes perished in war without much of a trace — or much afterthought. After the Third Punic War, Carthage — its physical place , people, and language — was obliterated by Rome. The vast Aztec Empire ceased to exist within two years of encountering Hernán Cortés. Byzantine, Vandal, and Prussian are now mere descriptors; most have no idea that they refer to defeated peoples and states that vanished.

The pessimistic Netanyahu also remembers that there was mostly spineless outrage at Hitler’s systematic harassment of Jews before the outbreak of World War II — and impotence in the face of their extermination during the war. Within a decade of the end of the Holocaust, anti-Semitism and hatred of Israel throughout the Middle East had become almost a religion.

In the modern age of thermonuclear weapons, the idea of eliminating an entire people has never been more achievable. But collective morality does not often follow the fast track of technological change. Any modern claim of a superior global ethos, anchored in the United Nations, that might prevent such annihilation is no more valid now than it was in 1941. Again, ask the Tutsis of Rwanda.

The disastrous idea of a preemptory war to disarm Iran seems to us apocalyptic. But then, we are a nation of 313 million, not 8 million; the winner of World War II, not a people nearly wiped out by it; surrounded by two wide oceans, not 300 million hostile neighbors; and out of Iranian missile range, not well within it. Reverse those comparisons and Obama might sound as neurotic as Netanyahu would utopian.

We can be wrong about Hassan Rouhani without lethal consequences. Netanyahu reviews history and concludes that he has no such margin of error. That fact alone allows us to sound high-minded and idealistic — and Israel suspicious and cranky.

Victor Davis Hanson is a classicist and historian at the Hoover Institution, Stanford University. His latest book is The Savior Generals, published this spring by Bloomsbury Books. You can reach him by emailing author@victorhanson.com. © 2013 Tribune Media Services, Inc.