But one measure would have. 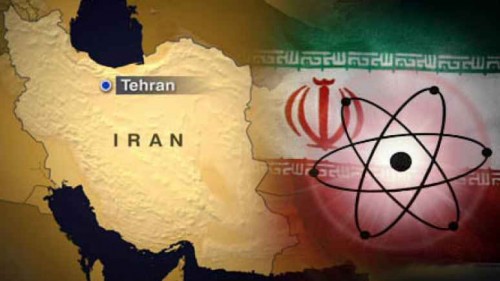 Critics of President Obama’s recent deal with Iran have rejected the president’s assertion that the only alternative to his deal is war. They think that more aggressive sanctions could have changed Iran’s behavior, given the economic costs the current sanction regime has inflicted. A corollary to this argument assumes that the majority of Iranians are pro-American and sick of the puritanical and corrupt mullahcracy and its willful isolation of the country from the global order. Increase the pressure of sanctions, and this mass of discontent could ripen into regime change or at least a moderation of its behavior.

On the sanctions issue the defenders of the deal have a point. Support for the sanctions has been weakening for a long time, for the simple reason that the member countries of the P5+1 who negotiated the deal are salivating at the chance to profit from the end of sanctions and to access 77 million Iranian customers. Russia wants to sell Iran weapons, China wants to buy its oil, and European countries are already negotiating business deals with Iran. These negotiating “partners”–– except for Germany, all veto-bearing members of the U.N. Security Council responsible for the sanctions––are loath to maintain, let alone increase them. Nor would unilateral sanctions have much effect. For decades we’ve had restrictions on U.S. citizens and corporations doing business with Iran, a ban that did little or nothing to change Iran’s behavior. Going it alone is unlikely to be any more successful.

And let’s not forget the sorry history of the sanctions imposed on Iraq in the 90s, not to mention the inefficacy of the current sanctions against Russia or those that failed miserably to keep North Korea from getting the bomb. Like International Atomic Energy Association inspections, sanctions can be circumvented, particularly when the country is an oil producer and its rulers are autocrats indifferent to the suffering of their people. That was the case in Iraq, even though the U.S. controlled two-thirds of Iraq’s air space, and the country’s economic infrastructure had been ravaged by the war. France, one of the P5+1 countries, was doing a brisk business with Hussein despite the sanctions. And one of the attempts to keep the sanctions from harming ordinary Iraqis, the U.N. oil-for-food program, turned out to be a  $4 billion boondoggle for Hussein and the 11 Frenchmen, including 3 government officials, caught up in the scandal. And like today, French oil companies were already negotiating billion-dollar contracts to develop two Iraqi oil fields once sanctions were lifted. By 2003, the pressure by our allies and Russia to end the sanctions had weakened their deterrent power. It’s hard to see how the same scenario wouldn’t unfold in Iran, a bigger, more developed country than Iraq.

No more convincing is the idea that a critical mass of Iranians is pro-Western, if not pro-American. As such they are eager to shed their fundamentalist clerical hegemons, and so continuing the sanctions would create an opportunity for regime change. A recent Wall Street Journal op-ed recycled this widespread received wisdom about pro-American Iranians: “The majority of the Iranian public—60% of the 75 million population is under 35—is out of sync with its government [sic] views of the U.S., as evident in the nationwide celebration in the wake of the nuclear deal,” the author writes. That few people have much hard evidence for this assertion is revealed by the astonishing claim that the celebrations after the completion of the deal reflected pro-American sentiment. A much more believable explanation is that the people were cheering because of the promise of economic relief and the joy of seeing the Great Satan humiliated once again by the Shi’a faithful.

But what other evidence could there be for believing that a “majority” of Iranians are pro-Western? Opinion surveys give only a rough sketch, but few support that conclusion. In a 2012 Pew survey 83% of Iranians favored Shari’a law, and 66% thought religious leaders should have some or a large influence on politics, beliefs hard to square with positive feelings for secular America. Likewise an earlier 2011 Rand survey of Iranian attitudes concluded, “The findings suggest that many of the Islamic Republic’s policies, including opposition to U.S. interests and the pursuit of a nuclear civilian and (possibly) nuclear weapon capability, were supported by a significant portion of the Iranian population.” Contrary claims of widespread Iranian fondness for America are dubious when all we have to rely on is anecdotal evidence like a 2013 New York Times article headlined “How Young Iranians View America,” a unfounded extrapolation from the content of the reporter’s conversations with a mere handful of Iranians in Tehran.

The notion that a majority of Iranians are pro-American reflects what could be called the “fallacy of the capital.” Because Western news organizations and cameras are concentrated in capitals, where pro-Western people tend to be concentrated and thus easy to find, what goes on in the capital gets extensively reported and considered representative of the whole country. Remember in 2011 how excited some Westerners got over the tech-savvy and telegenic Westernized youth in Cairo’s Tahrir Square, who were tweeting Egypt into liberal democracy? It wasn’t long before they were crowded out by the Muslim Brothers, who filled the square with chants of “Islamic, Islamic, neither secular nor liberal,” while a few dozen secular liberal activists cowered in a tent until they were driven away. In the end, Egypt returned to the same sort of illiberal military rule the protestors had rejected when they helped overthrow Mubarak.

This is not to excuse Obama for failing to vocally support the Iranians protesting the rigged 2009 presidential election, or to condemn vigorously the regime’s brutal crackdown. Nor does it mean that we should not be doing more to cultivate dissidents and to support groups working for regime change. It just means that we cannot base policy, as the current administration has, on the dubious assumption that most Iranians are against the mullahs and just need time for the regime to implode from its own tyranny and incompetence. The mullahs will have their bomb long before that happens.

The point is not, contrary to Obama, that full-scale war is the only alternative to stopping Iran. An incremental application of force in response to Iranian intransigence and stonewalling during negotiations––destroying the Arak nuclear reactor, for example––would have convinced Iran that there was a serious price to pay for their obstructionism, lying, and cheating on their obligations. Those who preach “force solves nothing” should remember the 1988 Tanker War, sparked by Iran’s threats to disrupt oil shipments transiting the Persian Gulf during the Iran-Iraq war. Iran backed off when Ronald Reagan retaliated for a missile attack on an American warship by eventually destroying two Iranian oil platforms, two Iranian ships, and six Iranian gunboats. But once Obama made clear in word and deed that even a limited military option was off the table, the mullahs were confident that they could ratchet up their demands, pocket the sanctions-relief payola, and achieve their aim a little later rather than sooner.

Of course, there would be consequences to such military actions, and no doubt the “world community” Obama prefers answering to instead of Congress would complain––a contingency that doesn’t seem to inhibit Russia and China from brutally pursuing their national interests. But inaction has its consequences as well. In the coming years we will find out just what the consequences of a nuclear-armed Iran will be.