Here and abroad, the Obama administration damages whatever it touches. 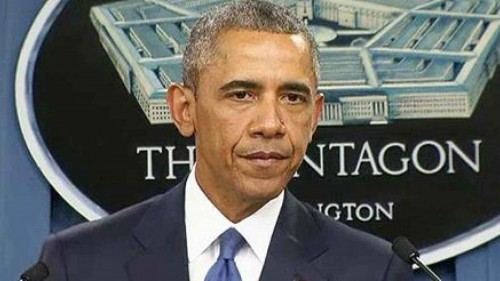 The next president and Congress will inherit what President Obama left behind. Whether Democrat or Republican, the president will have no choice other than to try to undo much of what Obama has wrought. But can he or she?

THE MIDDLE EAST
The policy of “leading from behind” and the crudity of “We came, we saw, he [Qaddafi] died” have left a human tragedy in Libya. Backing the Muslim Brotherhood in Egypt was an inexplicable choice, and it almost ruined the country. The United States did not need to hound and jail an innocent video maker in order to concoct a myth to cover up the culpable lax security in Benghazi. Yemen was strangely declared a model of our anti-terrorism efforts — just weeks before it ignited into another Somalia or Congo. ISIS was airily written off as a jayvee bunch as it spread beyond Syria and Iraq. There is little need to do a detailed comparison of Iraq now and Iraq in February 2009 (when it was soon to be the administration’s “greatest achievement,” a “stable” and “self-reliant” nation); the mess in between is attributable to Obama’s use of the aftermath of the Iraq War for pre-election positioning. Ordering Assad to flee while ignoring the violence in Syria and proclaiming a faux red line has now tragically led to a million refugees in Europe (and another 4 million in the neighborhood) and more than 200,000 dead. Israel is now considered not an ally, not even a neutral, but apparently a hostile state worthy of more presidential invective than is Iran. We have few if any reliable friends any more in the Gulf. Iran will become a nuclear power. The only mystery over how that will happen is whether Obama was inept or whether he deliberately sought to make the theocracy some sort of a strategic power and U.S. ally. The Middle East over the next decade may see three or four additional new nuclear powers. The Russia of kleptocrat Vladimir Putin is seen in the region as a better friend than is the U.S. — and certainly a far more dangerous enemy to provoke.

There is no easy cure for all this; it will take years just to sort out the mess.

THE LAW
There will be a temptation for a reform president to use the lawless means that Obama has bequeathed — executive orders to unconstitutionally bypass Congress; arbitrary suspension or simple non-enforcement of laws, depending on where we are in the national election cycle; exemption of party loyalists from legal accountability — to achieve the noble aim of restoring legality. But such short-cuts to reform would be a terrible mistake.

It would be quite illegal to ignore emissions standards the way Obama has ignored the Defense of Marriage Act; or to reduce, by fiat, the EPA to the present toothless status of ICE; or to allow a new sort of “sanctuary city” to refuse to marry gays, in the manner of San Francisco’s refusing to hand over illegal immigrants; or to arbitrarily remove particular owls and newts from the protection of the Endangered Species Act as Obama has picked and chosen which elements of the Affordable Care Act at any particular time he considered legally non-binding. Payback is very tempting, but eight more years of it would ensure that we would become another Zimbabwe or Venezuela. Instead, the next president must, as never before, obey both the spirit and the very letter of the law to restore to us what Obama has almost destroyed.

RACE
Polls and pundits agree that racial relations are now at their worst since the riots of the 1970s. Barack Obama in the 2008 campaign blew long and hard the dog whistle of racial polarization: clingers, the not-to-be-disowned Rev. Jeremiah Wright, typical white person, bring a gun to a knife fight, get in their faces. He has never stopped since. The president kept at it when he intervened in the Skip Gates farce, or editorialized about skin color in the ongoing and volatile Trayvon Martin case, or institutionalized the lies of Ferguson that begat the “Hands up; don’t shoot” mythology — and the tragedies that followed. The message was always that race is still a barrier to success in America and that, logically, only fealty to the Obama administration could improve things for people of color.

Obama did not phone the family of Kate Steinle — murdered as a direct result of sanctuary-city practices approved by his administration — or the families of police officers slain as a result of the hate speech generated by the Black Lives Matter movement. But he has also largely ignored nearly 7,000 blacks whose lives have been taken by other blacks. In some sense, Obama proved a captive of his own political matrix. The Obama election strategy — successful in 2008 and 2012, a failure in 2010 and 2014 — was predicated on upping the polarizing rhetoric, extending social services, and embracing hip popular culture to achieve historic minority voter turnout and unprecedented block-voting patterns.

But in the blowback, the liberal Congress and many of the Democratic state legislatures were wiped out, and the country has been split apart. Obama’s legacy to the Democratic party is the loss of the white working classes, and the permanent need to achieve massive minority turnout and absolute liberal fealty at the polls. To do that will probably require institutionalized open borders, habitual racial haranguing, and the courting of the Al Sharptons of the race industry. Whether Obama knew that such racial voting would not be completely transferrable to his Democratic successors, while the hostility it engendered most certainly would be, remains a mystery. But that paradox raises what is perhaps the central issue of his presidency: whether he was a short-sighted incompetent naïf or a mean-spirited and narcissistic nihilist. Or both?

The next president should take a hiatus from our racial obsessions, and simply try treating Americans as if their race or ethnic background were irrelevant.

DEBT
We will reach $20 trillion in debt on Obama’s watch. He ran on the issue of national debt, blasting George W. Bush for using a “Bank of China” credit card “by his lonesome” to bankrupt the country. Indeed, a penny-pinching Senator Obama had voted to shut down the government rather than raise the debt ceiling. But as president, Obama may well accrue more debt than all previous presidents combined. His legacy will be that he made George W. Bush’s budgetary indulgence look sober and judicious compared with his own. Only the Federal Reserve’s near-zero interest rates for seven years — along with the low energy prices that came despite, not because of, his efforts — have saved Obama, and staved off the stagnation of having well over 90 million able-bodied Americans permanently out of the work force. When interest rates climb to 4 or 5 percent, the next president will face a budgetary crisis, augmented by Obama’s failure to address entitlement spending. We are in for rough times; whether Obama will get out ahead of the reckoning is unknown.

In other areas, the Obama agenda is falling of its own weight. Obamacare is becoming irrelevant, because of both noncompliance and soaring costs. As the poor discover that even with subsidies they have to pony up considerable deductibles and copays, and must actually pay some premiums, they increasingly head for the free clinics or back to the emergency rooms. Even Democrats will not rue too much the spontaneous unwinding of Obamacare, given that much of the public is doing its best to ignore it.

The restoration of defense spending will follow the Carter-to-Reagan pattern, albeit more slowly given the specter of unsustainable national debt. The next president will address the tax code, and the solution won’t be Bernie Sanders’s dream of a 90 percent income-tax rate. Even Joe Biden cannot run on Obama’s stellar economic record — pretending that the middle class has been in ascendance since 2009, extolling the advantages of more debt, or proclaiming the necessity of even stricter environmental regulations or more subsidies to Solyndra-like green companies.

There is not much of an idea any longer of investigative journalism. The press for the last seven years has largely chosen to become a Ministry of Truth. One reason why Donald Trump soars is that, after the press’s canonization of Obama, the public relishes Trump’s contempt for the media — and the latter have now lost the moral credibility to critique any candidate on the grounds of dishonesty, hypocrisy, narcissism, mendacity, or polarization of the electorate.

The tragic mess of 2009–2016 is ending, and soon the cleanup will begin — accompanied by stupefaction as to just how much will have to be thrown away.

37 thoughts on “Is Obamism Correctable?”