The Iran Deal is not Munich, but the same foolishness of Western leaders is close enough to warn us what happens next. And it will not be good. 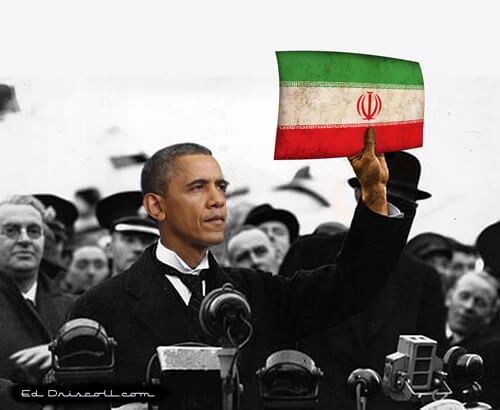 The Iranian deal has called to mind the Munich Agreement of 1938. Then Britain and France signed away the sovereignty of Czechoslovakia, in hopes that Adolf Hitler would be content with absorbing the German-speaking Sudetenland borderlands and cease further territorial acquisitions. But that appeasement only accelerated Nazi atrocities, from Kristallnacht at home to the dismemberment of all Czechoslovakia and, the next year, the invasion of Poland.

Is the Munich disaster a sound analogy for the current proposed agreement with Iran?

The Obama administration and its supporters say no. And they have offered a variety of odd arguments. How can anyone compare the once most powerful state in industrial Europe with the current, relatively isolated, and backward Iran, whose theocracy supposedly poses a far smaller threat than did Adolf Hitler’s Wehrmacht?

But is that assumption really true?

For all the later talk of Blitzkrieg in 1939-40, Hitler in 1938 was fairly weak. He had no model of tank that matched French heavy armor. Combined British and French aircraft production exceeded Germany’s, and in most cases allied planes were as good as German fighters and bombers. By 1940 Britain alone would be producing more fighter aircraft than Germany. In 1938-9, the combined infantry forces of the Western democracies — Britain, France, Denmark, Belgium the Netherlands and Norway — exceeded those of the Wehrmacht.

In the east, the Soviet Union alone fielded far more tanks, planes, guns and men than did Germany in 1938. Czechoslovakia, in the Skoda Works, had one of the most dynamic arms industries in Europe as well as extensive fortifications on the German border. Had the Polish, Czechs, and Russians united and stood firm, Hitler would have either backed down or would have been defeated — at a time when he was vastly outnumbered on his vulnerable Western borders.

In short, Hitler’s enemies in 1938 collectively enjoyed more military strength than did Germany. What they lacked was cohesion, a common cause, and a willingness to turn their military assets into credible deterrence. Hitler instinctively fathomed such fecklessness. In methodical fashion, he isolated Czechoslovakia, then attacked Poland with the help of the Soviet Union, then gobbled up Denmark and Norway — all in separate and rather distinct campaigns. When he finally invaded France in May 1940, he assumed rightly that his new partner, the Soviets, would keep supplying him with key resources, the British army would not show up in force in the manner they had in World War I — and the Americans would keep completely out it.

In every regard, Hitler brilliantly judged the appeasing mentalities of his far more powerful enemies. Only a horrific war restored a grim reality to Hitler’s Nazis. By late 1943 the Third Reich had been brutally reminded that Britain, the Soviet Union, and the United States really were far more powerful than Germany all along.

Iran now de facto runs Lebanon. It props up what is increasingly a puppet state in Syria and all but controls Iraq, while attempting to take over Yemen and erode Sunni authority in the Gulf. The regional Sunni states — including Egypt, Jordan, the Gulf states, Turkey, and Pakistan — together are collectively far stronger than Iran. But like the Western democracies and their eastern allies in 1938, each nation apparently prefers, in the paraphrase of Churchill, to be eaten last by the crocodile, and thereby eschews collective forceful deterrent action.

The ascendance of ISIS complicates matters. Sunni nations are in the embarrassing position of being threatened by fanatical kindred Arab Sunni terrorists who in turn are often checked by Iranian Shiite expeditionary forces. In the same vein, the Soviet Union once muddied the waters after the destruction of Poland: for a while the democracies found themselves siding with Finland, against an aggressive Russia, even as Hitler stealthily also wished to help the Finns against his newfound partner the Soviet Union.

Iran is as military weak as was the 1938 Third Reich. But like Hitler’s Germany, Iran fancies that its ardor and brinkmanship constitute military assets far more valuable than mere carriers or planes. Like Hitler, the theocracy believes loud bluster and perhaps even feigned insanity offer real advantages against those who are sober, judicious, and intent on avoiding the use of force at all costs. Are “Death to America” and constant threats from Teheran — even as negotiations of the non-proliferation deal were still fluid — all that much different from Hitler’s scoffing that his interlocutors at Munich were “worms”? Acting as if one has nothing to lose is advantageous in geostrategic poker.

Do Iran’s various promises of ending the Jewish state in the 21st century sound all that much more unhinged than Hitler’s crackpot ideas in the mid-1930s of solving the “Jewish question”? The Obama administration has obsessed about American culpability in the 1953 Western overthrow of Mohammad Mossadegh (and in typically ahistorical fashion forgets that mullahs rallied against the Shah-appointed Mossadegh, who had at times cut short elections and coerced the parliament to grant him emergency powers). Is a coup over 60 years ago now reason to overlook Iranian bellicosity — in the fashion that guilty Allied powers once attributed their soft responses to Hitler to unease over the Versailles peace treaty ? Note that in these cases, the Mossadegh affair and Versailles were used by aggressors to leverage Western appeasement.

In 1938 the West was frightened about the specter of slow-moving and near obsolete but quite loud and scary Stuka dive bombers, and puny but nonetheless numerous Panzer Mark I and II tanks. The idea that Hitler’s Germany in 1938 was a military colossus is quite absurd. In contrast, in 2015 the West is rightly afraid of an Iranian nuclear bomb — a single weapon that might allow the Iranians more destructive power than the combined carry weight of all of Hitler’s Luftwaffe bombers of 1938. An otherwise weak Iran in 2020 — but one armed with 4-5 nuclear bombs and short-range missiles capable of reaching most of the Middle East and parts of southern or eastern Europe — could do far more damage to the region than the Germans could to their neighbors in 1938.

The danger of an aggressor is never just the specter of raw power, but instead the insidious messages about using what it has that it sends to more responsible parties. Once Chamberlain and Édouard Daladier backed down at Munich, the Soviets concluded that friendship with Western democracies was as dangerous as enmity to Hitler, and thus flipped their affinities. Other opportunistic Eastern European nations soon realigned with Hitler. So-called neutrals like fair-weather Sweden, Portugal, Spain, Switzerland, and Turkey conducted lucrative trade deals with Hitler and made the necessary adjustments to fit what they saw as an ascendant Third Reich. If the Iranian deal goes through, and if it is perceived as an economic, political, and military boon to the theocracy, then the surrounding and terrified Middle East will likely make the necessary political modifications to allow for Iranian expansionism.

There are other disturbing Iranian parallels to Munich — and to all examples of appeasement from the Greek city-state appeasement of Philip II, to the accommodations of European monarchies to Napoleon’s early rise, to the license given Stalin to absorb Eastern Europe at Yalta. The appeasers always pose as peace-makers and caricature their skeptics as near troglodyte war-mongers.

We are seeing this predictable caricature as well, as the Obama administration keeps insisting that there was no alternative to the deal other than either an apocalyptic nuclear Iran or yet another ill-starred Western preemptive attack in the Middle East — even as sanctions had crippled the Iranian economy to the point that the theocracy in extremis limped to the negotiation table seeking relief.

Today we see a Munich-like arrogance that men of assumed reason and sobriety, by their winning charisma, rare mellifluence, or superior wisdom, can convince Khamenei of the errors of his ways. Western humanists habitually preen that they can demonstrate to authoritarians why their bellicosity is supposedly against their own self interests — as if autocratic aggressors envision risking war, and shorting their own people, as unimaginable evils in comparison with the acquisition of honor, glory and respect that follows from easily bullying neighbors and successfully gobbling up real estate. John Kerry believes that the bomb is not in Iran’s real interest; Iran believes that so far even the idea of a bomb most certainly has proved very much in Iran’s interest.

As the democracies negotiated away Czechoslovakia to Hitler at Munich, the Japanese and Italians had earlier offered the world clear instruction about the wages of appeasement. Their serial aggressions in China and East Africa throughout the late 1930s had sated neither dictatorship, but rather convinced both that there were lots of weak countries that could be safely harvested without incurring a larger war with the West.

While John Kerry ignored the long-term security of Israel and the Sunni states in the Middle East, Vladimir Putin had earlier demonstrated that Ossetia led to the Crimea that led to Eastern Ukraine that may well soon lead to the Baltic states. Failed reset no more wised up John Kerry than Abyssinia or Manchuria had enlightened Neville Chamberlain. Munich’s 1938 hype led to catastrophe in 1939, in a way that the current 2015 self-congratulation may well become frightening in 2016.

The Iran deal is not Munich, but the same naiveté, vanity, and foolishness of Western leaders are close enough to warn us about what happens next. And it will not be good.

7 thoughts on “Iran, the Munich Comparison, and the Abuse of History”