The left’s disdain for ordinary Americans has deep historical roots.

During the 2008 presidential campaign, Barack Obama let slip his disdain for the middle-class when he explained his lack of traction among such voters. “It’s not surprising then,” Obama said, “that they get bitter, they cling to guns or religion or antipathy to people who aren’t like them or anti-immigrant sentiment or anti-trade 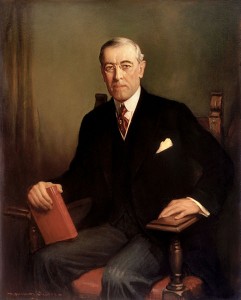 sentiment as a way to explain their frustrations.” More recently, U.S. Senate candidate Bruce Braley mocked his opponent incumbent Chuck Grassley as “a farmer from Iowa who never went to law school.” The liberal disdain for ordinary Americans has been around for a long time. Beneath the populist rhetoric and concern for the middle class that lace the campaign speeches of most liberal politicians, there lurks a palpable disgust, and often contempt, for the denizens of “flyover country,” that land of God, guns, religion, and traditional beliefs.

In Revolt Against the Masses, the Manhattan Institute senior fellow and New York Post columnist Fred Siegel presents a clearly written and engaging historical narrative of how nearly a century ago this strain of illiberal liberalism began to take over the Democratic Party. Along the way he also provides an excellent political history of the period that illuminates the “ugly blend of sanctimony, self-interest, and social-connections” lying at the heart of liberalism today.

Siegel begins with a valuable survey of the “progenitors,” the early twentieth-century thinkers and writers whose ideas shaped the liberal ideology. Those who know English writer H. G. Wells only as an early pioneer of science-fiction novels may be surprised to find how popular and widely read in America his philosophical and political writings were in the first few decades of the century. Wells’s 1901 Anticipations of the Reaction of Mechanical and Scientific Progress Upon Human Life and Thought laid out the argument for a quasi-aristocratic elite of technocrats free of traditional values such as “monogamy, faith in God & respectability,” all of which Wells’s book “was designed to undermine and destroy,” as he frankly admitted. Applying Darwinism to social, political, and economic life, Wells envisioned, as Siegel explains, “scientist-poets and engineers” who would “seize the reins in the Darwinian struggle,” so that instead of “descending into savagery, we would follow their lead toward new and higher ground.” In Wells’s work we see the melding of attacks on traditional authority and middle-class morality, with the scientistic faith in technocratic elites that still characterizes modern liberalism.

Wells’s kindred American spirit was Progressive theorist Herbert Croly, whose 1901 The Promise of American LifeSiegel calls the “first political manifesto of modern American liberalism.” Croly “rejected American tradition, with its faith in the Constitution and its politics of parties and courts, and argued for rebuilding America’s foundation on higher spiritual and political principles that would transcend traditional ideas of democracy and self-government.”

As much as Wells, or for that matter Mussolini and Lenin, Croly “wanted the collective power of society put ‘at the service of its ablest members,’ who would take the lead roles in the drama of social re-creation.” Similarly, leftist intellectual Randolph Bourne wondered “whether there aren’t advantages in having administration of the State taken care of by a scientific body of men with social sense.” Bourne seasoned his antidemocratic elitism with a romantic idealization of “Youth,” which was a time when the ideals “will be the highest…the insight the clearest, the ideas the most stimulating,” an early example of the worship of adolescents that exploded in the 1960s and is still felt in our culture today. And perhaps most famously, journalist H.L. Mencken serially displayed his contempt for the American people, whom he called a “rabble of ignorant peasants.”

In Siegel’s reading, modern liberalism was midwifed in the 1920s by the break with Progressivism over Woodrow Wilson’s decision to take the United States into World War I, and the “wartime conscription, the repression of civil liberties, Prohibition, and the overwrought fears of Bolshevism in America.” The scorn of patriotism and the American masses, brutally described by Mencken as a “timorous, sniveling, poltroonish, ignominious mob,” became the default sensibility of litterateurs, journalists, and intellectuals alike, who viewed “American society and democracy” as “agents of repression,” sentiments that “deepened during the 1920s and have been an ongoing current in liberalism ever since.” The influential literary manifestation of this prejudice remains Sinclair Lewis’s 1920 bestseller Main Street, which along with Babbitt two years later fixed the caricature of Middle America uncritically endorsed by liberals nearly a century later.

Siegel moves briskly through the subsequent events and developments that seemingly legitimized liberal bigotry against the middle class as objective history. The 1925 Scopes “Monkey” Trial, a “contrivance from the start,” as Siegel writes, and immortalized in the historically challenged 1955 Broadway hit Inherit the Wind, established the meme of the brave and noble man of “science” battling slack-jawed, oppressive Christian fundamentalists. This cliché predictably surfaces in liberal commentary on issues ranging from teaching Darwinian evolution, to the validity of global warming. In the 1930s idolizing the Soviet Union and communism, a reflex of liberal disdain for capitalism and its déclassé obsession with getting and spending, began its long march through American culture and education.

A corollary to this admiration has been the fervent liberal belief that America is to some degree “fascist,” and in imminent danger of becoming a fascist state, a preposterous notion made famous by Sinclair Lewis’s 1935 novel It Can’t Happen Here. This hoary received wisdom has managed to survive the collapse of the Soviet Union and the opening of its archives, which established beyond doubt that Communist subversion and infiltration of America’s institutions were in fact by far a greater threat to democracy than a fascist takeover. Despite that history, in 2004 Philip Roth published The Plot Against America, which indulged to high praise the same long-exploded fantasy.

Particularly valuable are Siegel’s brief portraits of once prominent liberal commentators and critics like Arthur Schlesinger, whose influence lives in the “aristocratic aping of professional liberals who expect, given their putative expertise, to be obeyed.” They refined and perpetuated the old caricature of Americanism “as the mass pursuit of prosperity by an energetic but crude, grasping people chasing their private ambitions without the benefit of a clerisy to guide them,” enslaved to “their futile quest for material well-being, and numbed by the popular entertainments that appealed to the lowest common denominator.” In the 1950s, the liberal critic Dwight Macdonald groused of a America blessed with “money, leisure and knowledge” that had merely given the average American “masscult” and “midcult,” the vulgar “American culture of the cheap newspaper, the movies, the popular song, the ubiquitous automobile,” fit fare for the “hordes of men and women without a spiritual country . . . without taste, without standards but those of the mob.”

Yet as Siegel points out, this same period saw an explosion in the numbers of average people studying and experiencing the artistic and literary masterpieces of Western civilization. Local symphony orchestras increased by 250 percent between 1940 and 1955, and in that same year “35 million paid to attend classical-music concerts. The New York Metropolitan Opera’s Saturday-afternoon radio broadcast drew a listenership of 15 million,” almost 10 percent of the population. Fifty million televisions viewers watched Laurence Olivier in Richard III, book-sales doubled, and paperback versions of highbrow novels like Saul Bellow’s The Adventures of Augie March or non-fiction works like anthropologist Ruth Benedict’s Patterns of Culture became bestsellers. Mortimer Adler and Robert Hutchins introduced the pricey Great Books series, which by 1951 was being purchased by 50,000 Americans a year, who met in 2,500 Great Books groups to talk about the classics of Western civilization. As Siegel mordantly observes, “This was the danger against which critics of mass culture, inflamed with indignation, arrayed themselves against.”

Siegel’s survey ends with the presidency of Barack Obama. As The Revolt Against the Masses comes to a close, the policies and philosophy of Obama’s administration––best represented by the Affordable Care Act–– will strike the reader as the inevitable culmination of the ideological development Siegel has skillfully traced. The liberal elite’s disdain for a middle America of businessmen and churchgoers, which has always been linked to an uncritical admiration for Europe, has with Obama’s reelection created a political order teetering on the edge of fiscal collapse: “[Liberalism’s] sustained assault on the private-sector middle class and the ideals of self-restraint and self-government have, particularly in the blue states, succeeded all too well in achieving the dream of the 1920s literary Bolsheviks: an increasingly Europeanized class structure for America.”

One might argue with Siegel’s assertion of the “sharp break” between Progressivism and liberalism. On foreign policy this disagreement is obvious, and the liberals’ endorsement of illiberal identity politics in the 1960s would have horrified old-school Progressives, who were Darwinian eugenicists anxious over being swamped by the inferior races. The Progressives, even more than the liberals, disdained the masses, viewing them as an abstract collectivist “people,” Woodrow Wilson’s ideal “single community, co-operative as in a perfected, coordinated beehive.” This conception of the “people” ignored the great variety of regional, sectional, and religious identities, Madisonian factions, and clashing interests comprising flesh-and-blood Americans.

Progressives, moreover, like liberals homogenized and nationalized those various interests and aims as these were defined and chosen by techno-political elites. One hears H. G. Wells’s and Randolph Bourne’s impatience with democratic self-rule and preference for a managerial elite in Wilson’s call to “open for the public a bureau of skilled, economical administration,” comprising the “hundreds who are wise” empowered to guide the “thousands” who are “selfish, ignorant, timid, stubborn, or foolish.” What liberalism shares with the Progressives––the “living” Constitution, big government, regulation of the economy, and the redistribution of property to achieve “social justice”––far outweighs their differences.

The Revolt Against the Masses is an important book, a first-rate intellectual history that clearly and crisply explains much of the political and cultural dysfunctions roiling the United States today. Siegel’s well-researched analysis of the liberal abandonment of self-government and individual freedom–– a betrayal of the Constitutional order justified in the main by social prejudice, class snobbery, and bad Continental philosophy––is a brilliant exposition of a century of bad ideas that have led to today’s bloated Leviathan state, these days on track to bankrupt the treasury and diminish our freedom.