It’s nothing new for a president to lie to us, but Obama’s style is unique.

In the past there have been all sorts of presidential fibbing. Some chief executives make promises that they know they probably cannot or will not keep. Before his reelection for his third term in the midst 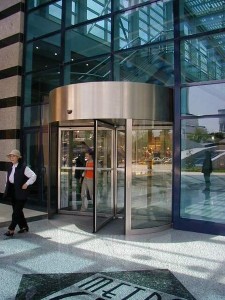 of a world war, Franklin Roosevelt swore that he would never send American boys to fight in a foreign war. In just a little over a year, he did just that. Lyndon Johnson likewise before the 1964 election said he would not send troops to Vietnam. But once reelected, he sent nearly 200,000 troops to fight the North Vietnamese; by the time he left office, over a half-million Americans were deployed in Vietnam.

In 1988 presidential candidate George H. W. Bush pledged that he would not raise taxes and did so emphatically: “Read my lips — no new taxes!” But in 1990 he flipped and agreed to tax hikes.

Barack Obama has offered all sorts of similar empty pledges, like promising to close the federal detention center at Guantanamo Bay within a year of taking office. It is still open. Obama also promised to halve the deficit by the end of his first term. Instead he doubled it. Ditto Obama’s promises on the good things to follow Cash for Clunkers, on the shovel-ready jobs that would follow the stimulus, and on the summer of recovery to be spawned by massive borrowing. At your own job, if you promise the boss that you will do something and then don’t, you’re likely to get fired; when presidents do the same, it’s called politics.

VIRTUAL PAST
Sometimes presidents fib about their behavior — usually to hide embarrassing information or to exaggerate past accomplishments. Bill Clinton, for example, claimed that he never had sexual relations with Monica Lewinsky. That was about as true as his assertion that although he had smoked marijuana, he never inhaled the drug. Obama too has fudged on lots of things about his past, notably his relationships with the Reverend Jeremiah Wright and the famously unrepentant terrorist Bill Ayers. Obama suggested that he scarcely knew either shady character, but he somehow named his book The Audacity of Hope from a slogan of the former, and he had a campaign fundraiser in the house of the latter.

Most recently, his yarn that he had never met his paternal uncle, Omar Obama — an illegal immigrant who has been charged with almost hitting a police car while driving intoxicated — proved absolutely false. Obama had actually stayed at Omar’s home for three weeks while he was preparing to attend Harvard Law School and had spoken with him after that. Many of the details that Obama has related about his parents, his former girlfriends, his life in college, and his legal and legislative career are not just inexact but cannot be true.

IN THEORY, IT COULD BE TRUE
Then there is presidential wishful thinking that turns out to be untrue. George W. Bush reiterated that intelligence proved Saddam Hussein had stocks of WMD even though they soon proved nonexistent. Barack Obama swore over 20 times that Obamacare would not result in canceled insurance coverage or mean losing your doctor, but it would save the average family $2,500 a year in premiums. All those fantasy guarantees proved not just false, but beyond the realm of logic. Similarly, Obama, along with other members of his administration, alleged that an Internet video had incited rioters to storm American facilities in Benghazi, resulting in the death of our ambassador and three other Americans. That yarn also was demonstrably untrue. Yet the president has never renounced it or explained why the producer of the video was summarily jailed for a minor parole violation.

HOCUS-POCUS
Deliberate distortion is a sort of lying as well. Richard Nixon had so many explanations for Watergate and the subsequent cover-up that the public never knew which was operative at any given time. Clinton will be forever remembered for unabashedly offering of his escapades with Monica, “It depends upon what the meaning of the word ‘is’ is.”

Obama bragged that he had overseen record domestic oil and gas production. In fact, he did his best to stop most new federal oil and gas leases; vast increases in energy development came mostly on private lands and despite, not because of, Obama’s efforts. Is he proud that the private sector is lowering gasoline prices and lessening dependence on foreign oil, or angry that we are burning more fossil fuels rather than building more Solyndras?

When the IRS scandal was disclosed, Obama railed to the press that it was “outrageous.” Once the outrage died down, Obama started blaming the scandal mostly on the media and claiming that they had made up something out of nothing. But Obama says so many things so often that it is hard to keep any of his assertions straight. The result again is not just that no one believes that he stopped the revolving door, banned lobbyists from administration jobs, or ushered in a new era of civility, but that no one believes that he expected us to believe any of this nonsense. When Obama speaks, listeners now assume two things: The teleprompted cadences will still sound good, and almost nothing of what they hear can possibly be accurate.

PINK LINES
A final category of presidential untruth is the empty blusters and threats. Ronald Reagan swore that he would not be intimidated by the Hezbollah terrorists who blew up the Marine barracks in Lebanon in 1983. But he offered only half-hearted retaliation for the mass murder of Americans, and not long afterwards, he withdrew U.S. troops. In the same way Obama warned Bashar Assad about “game changers” and “red lines” should he use WMD. When Assad did just that, Obama pledged to intervene, then pledged maybe to intervene, then pledged not to intervene, then just outsourced the embarrassment to Vladimir Putin.

What is different about Obama? Rarely, when caught, do presidents simply lie about their original dissimulation. Barack Obama, in contrast, when asked about his faux red line in Syria, simply denied ever issuing it (“I didn’t set a red line”).

Unlike presidents who paid high prices rather quickly for their dissimulations, Obama kept getting away with serial deception. The result was similar to a reckless bluffer at the poker table who keeps upping the ante each time he wins with a bad hand — only to lose his enormous pile of bluffed winnings when finally called out. Obama was empowered by a compliant public and a press invested in his progressive agenda. He assumed that while others had had to atone for deception, he did not, given his utopian talk about lowering the seas and cooling the planet, his landmark racial profile, and his youthful charisma and scripted eloquence. Being hip and progressive, he assumed, exempted him from an accounting. Yet unless the economy is booming, even a cool president does not necessarily recover once the public ceases believing what he says. After five years of 7-plus percent unemployment, almost no GDP growth, and record debt, Obama now enjoys few extenuating offsets when he serially misleads.

When the president speaks now, few listen. He realizes that and so, like Richard Nixon, must add emphatics as a substitute for honesty. But by now we know ad nauseam all the banal intensifiers — “make no mistake about it,” “I am not kidding,” “in point of fact,” and “let me be perfectly clear.”

Obama is playing a strange game: The more he speaks untruthfully, the more he resorts to emphatic intensifiers that instead confirm that he is speaking untruthfully. In turn, Obama’s audiences play an even stranger game: The more they hear their president speak, the more they are impressed that he can sound so sincere in being so nonchalantly insincere and mellifluously misleading. When I first heard, “You can keep your doctor and your health plan,” I thought, “That can’t be true; he knows it can’t be true; and the American people must know it can’t be true” — and, then, I shrugged: “But he’s hit upon a winning lie.”