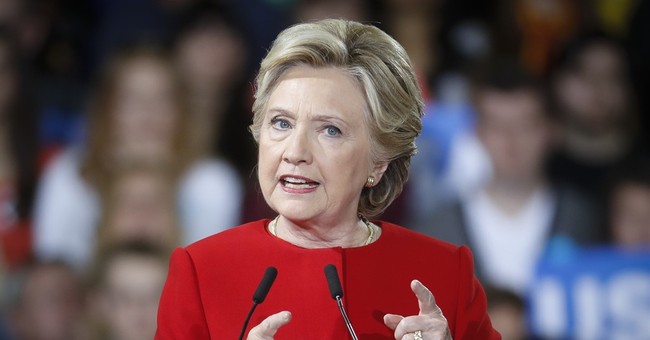 At this point, Clinton has trumped former President Richard Nixon’s skullduggery — but without the offset of Nixon’s foreign policy accomplishments.

Even before the most recent scandals, Clinton’s campaign had an eerie resemblance to the Nixon playbook.

Compare the election of 2016 to the election of 1972. The favored Nixon re-election juggernaut (dubbed CREEP, or the “The Committee for the Re-election of the President”) squeezed corporations and wealthy individuals for millions in donations, in much the same way that Clinton’s multimillion-dollar cash machine has vastly outspent her opponent, Donald Trump.

The Watergate tapes later revealed an entirely cynical Nixon campaign team and a hard-nosed White House cadre led by H.R. Haldeman and John Ehrlichman — plus a host of lesser toadies, such as the conniving John Dean. They all took for granted that Washington functioned on a quid-pro-quo and pay-for-play basis.

In that regard, the Clinton campaign under chairman John Podesta (the new Haldeman) has become Nixonian to the core, thanks to Podesta’s ruthlessness.

The WikiLeaks/Podesta email trove reveals that Hillary’s consultants have no moral compass. They lampoon Latinos as “needy.” Catholics are written off as being stuck in medieval times. Aides bartered with plutocrats for Secretary of State Clinton’s face time on the basis of cash donations. A primary debate question was tipped off by CNN contributor and Democratic operative Donna Brazile.

The anti-communist and free-marketer Nixon turned out to be a wheeler-dealer who had no problem wooing communist China or imposing socialist wage and price controls. From hacked emails, it is clear that Hillary’s positions on fracking, trade deals, the Keystone XL pipeline, immigration and foreign policy hinged on whatever best served her political self-interest.

Most loyal aides who served Nixon ended up disgraced, jailed or humiliated. Does anyone think that Podesta, Cheryl Mills or Huma Abedin — the fixers so prominent in the WikiLeaks scandal — will have a political future, given their aiding and abetting of Clinton knavery and profiteering?

We know that Nixon lied about what he had known about the cover-up of the Watergate break-in. And now we know from the WikiLeaks email dumps and the FBI investigation that Clinton likewise has never told the truth about her email server, the Clinton Foundation’s pay-for-play schemes or the catalysts for the Benghazi killings. Nixon always attacked the messenger in hopes of discrediting the message — and now Clinton is going after FBI Director James Comey.

Nixon professed that he never knew the sordid details of his campaign’s dirty tricks. Clinton has resorted to the same defense with regard to the shady activities of the now-disgraced subordinates who resigned after being caught trying to disrupt Trump rallies. Stonewalling was a Nixon specialty. Clinton told FBI investigators 27 times that she could not remember key details about the email scandal.

A Democratic operative from a political action committee bragged on tape that Clinton herself liked the operative’s idea of having protestors decked out in Donald Duck costumes provoke Trump supporters at his rallies. (“In the end, it was the candidate, Hillary Clinton, the future president of the United States, who wanted ducks on the ground,” the operative said on tape.)

Abedin wrote in an email to Podesta and Clinton aide Robby Mook that the idea of accepting $12 million to speak at an event held by a Moroccan-government-owned mining company (which had received a $92 million loan guarantee from the U.S.-financed Export-Import Bank) was Clinton’s: “This was HRC’s idea, our office approached the Moroccans and they 100 percent believe they are doing this at her request.”

A Clinton family advisor described shakedown efforts to reap millions of dollars for former President Bill Clinton as being the work of “Bill Clinton Inc.”

There remains, however, one disconnect.

Nixon covered up misdeeds long enough to be re-elected in a 1972 landslide — only later to resign before his looming impeachment, when even his administration flunkies could no longer mask his past misdeeds.

This time around, there is not the same sort of investigative reporting that there was in 1973-1974. Much of the media is backing, rather than investigating, Clinton.

Does the death of independent journalism ensure that Clinton’s hubris will never earn a Nixonian comeuppance — or at least not until after the election?