Our enemies are gloating, and our allies are grimly deciding where to go from here.

Barack Obama had a foreign policy for about five years, and now he has none. 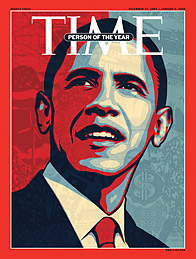 The first-term foreign policy’s assumptions went something like this. Obama was to assure the world that he was not George W. Bush. Whatever the latter was for, Obama was mostly against. Given that Bush had left office with polls similar to Harry Truman’s final numbers, this seemed to Obama a wise political approach.

If Bush wanted garrison troops left in Iraq to secure the victory of the surge, Obama would pull them out. If Bush had opened Guantanamo, used drones, relied on renditions, reestablished military tribunals, and approved preventive detention, Obama would profess to dismantle that war on terror — even to the point where the Bush-era use of the word “terrorism” and any associations between it and radical Islam would disappear.

If Bush had contemplated establishing an anti-missile system in concert with the Poles and Czechs, then it must have been unwise and unnecessary. If Bush had unabashedly supported Israel and become estranged from Turkey, Obama would predictably reverse both courses.

Second, policy per se would be secondary to Obama’s personal narrative and iconic status. Obama, by virtue of his nontraditional name, his mixed-race ancestry, and his unmistakably leftist politics, would win over America’s critics to the point where most disagreements — themselves largely provoked by prior traditional and blinkered administrations — would dissipate. Rhetoric and symbolism would trump Obama’s complete absence of foreign-policy experience.

Many apparently shared Obama’s view that disagreements abroad were not so much over substantive issues as they were caused by race, class, or gender fissures, or were the fallout from the prior insensitivity of Europe and the United States — as evidenced by a Nobel Prize awarded to Obama on the basis of his stated good intentions.

Third, Obama had a clever recipe for concocting a new disengagement. He would mesh the increasing American weariness with intervention abroad and fears over a shaky economy with his own worldview about the dubious past role of the United States. The result might be that both libertarians and liberals, for differing reasons, would agree that we should stay out of problems abroad, that a struggling lower class and middle class would agree that money spent overseas was money that could be better spent at home, and that critiques of America’s past would seem not so much effusions of  leftist ideology as practical reasons why the United States should disengage abroad.

Finally, to the degree that any problems still persisted, Obama could either contextualize them (given his legal training and community-organizing experience), or talk loudly and threaten. For example, by referencing past American sins, by an occasional ceremonial bow or apology, by a bit of psychoanalysis about “macho shtick” or the schoolboy Putin cutting up in the back of the room, an exalted Obama would show the world that he understood anti-social behavior and could ameliorate it as a counselor does with his emotional client. The world in turn would appreciate his patience and understanding with lesser folk, and react accordingly. Again, in place of policy would be the towering personality of Barack Obama. And if all that did not work, a peeved Obama could issue deadlines, red lines, and step-over lines to aggressors — and reissue them when they were ignored.

Note what was not so integral to the Obama foreign policy. There was little sense of history and geography that might explain why crises transcend personalities. There was scant awareness that sometimes states act selfishly and immaturely. And just as individuals do, nations can interpret magnanimity as weakness to be exploited rather than as beneficence to be appreciated.

There was little appreciation of the postwar system created by the United States over the last 70 years, which had created vast global wealth and security, primarily because of the unique role of the United States in suppressing local and regional challenges to the international order. Obama had little apparent awareness that the U.S. picked friends and enemies not on the shallow basis that the former were wholly good and the latter abjectly evil, but rather on the basis that in an imperfect world some nations shared some of our ideas about politics, the market, and the need for an international system, and others did not, to the point of using violence.

And so we got “reset” with Russia, following on the idea that Bush had unduly alienated Putin, that Putin would appreciate that Obama marked a new frontier in the American presidency, and that Russia could see Obama was empathizing with Putin’s post–Cold War dilemmas. Who cared that reset, in fact, was negating a reasonable response to Putin’s aggression in Georgia, or that Russian territorial aims historically transcended ideology, or that Russia had not always played a positive role in the postwar order?