When your goal is to save the planet, you can’t worry about who may get hurt.

Why do our well-meaning elites so often worry about humanity in the abstract rather than the real effects of their cosmic ideologies on the majority? The dream of universal health coverage trumped the nightmare of millions of lives disrupted by the implementation of it. Noble lies, with emphatics like “Period!” were necessary to sell something that 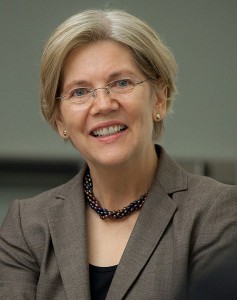 would hurt precisely those who were told that this was going to be good for them. A myriad of green mandates has led to California’s having the highest-priced gasoline and electricity in the continental United States, a fact that delights utopians in San Francisco and in the long run might help the rest of us, but right now ensures that the poor of the state’s vast, hot interior can scarcely afford to cool their homes or drive to work. Fresno on August 1, after all, is a bit warmer than Berkeley or Menlo Park.

In a word, liberal ideology so often proves more important than people. Noble theories about saving humanity offer exemption from worry about the immediate consequences for individual humans. In a personal sense, those who embrace progressive ideas expect to be excused from the ramifications of their schemes. For the elite who send their kids to prep schools and private academies, public charter schools for the poor are bad, given that they undermine the dream of progressive, union-run education that has turned into a nightmare for those forced to enroll in it.

Recently, pundit Margaret Carlson wrote an op-ed lamenting the fall of Lois Lerner, as if her decline were due to a McCarthyesque hit. But Lerner staged her own dishonest disclosure of impropriety. She set up a phony, preplanned question that might offer her a platform to contextualize her unethical behavior. Despite her protestations that the IRS’s violations all emanated from a rogue office in Ohio, Lerner or her colleagues were in contact with Democratic enablers at the House Oversight Committee and the Department of Justice to find ways to thwart conservative tax-exempt organizations before the 2012 election.

Lerner has sought to obfuscate her improper role at the IRS, pled the Fifth Amendment to avoid self-incrimination, and done a great deal of damage to the American notion that government agencies, especially in election years, must remain impartial. It is hard to think of anything that she has testified about that has proved accurate. In addition, Lerner caused hundreds of legitimate members of tax-exempt organizations misery by violating the rules of her own agency. In short, there is no scandal victim less sympathetic than the now-well-retired Lois Lerner, even if the damage she did to innocent others does not register on the liberal scale of sympathy. Apparently, since her politics of wishing to shut down right-wing groups is correct, her morality need not be. Had Carlson been the director of a liberal green group, and had it been denied tax-exempt status by a high-ranking conservative IRS bureaucrat right before the reelection of George W. Bush, and had that functionary been exposed as an ideologue who harmed the reputation of the IRS and took the Fifth Amendment, I doubt that Carlson would now be writing to express worry over his mounting legal fees.

Recently, Senator Elizabeth Warren was quoted to the effect that she was upset when critics pounced on her erroneous claim that she was Native American and asserted that she had used that supposed background to enhance her career. Oddly, Warren thought her attackers were off base while she was stoically above the fray. Indeed, she doubled down with the absurd postmodern claim, “I never questioned my family’s stories or asked my parents for proof or documentation. What kid would? . . . Knowing who you are is one thing, and proving who you are is another.”

Then and now, Warren has never adduced any proof that she is Native American nor made any serious attempt to refute her critics. Instead, she continues to rely on family folk tradition, as she once pointed to her high cheekbones and offered Native American recipes to prove her case.

But aside from illustrating how bankrupt the identity-politics industry has become, this case shows how little Warren seems to worry about those who might have competed with her for jobs and who did not, as she did, fabricate an affirmative-actionable Native American identity.

Nor does she seem concerned about the nihilism of her act, in the sense that, if all so-called whites did as Warren did, and used unproven family folk traditions of having a Latino, a Native American, or an African American ancestor to seek special minority status, the present system of race-based preferences would collapse. Aside from her personal angst, Warren apparently cares little that no one since Ward Churchill has done more to discredit the idea of ethnic identification warranting special consideration.

Thomas Friedman recently wrote of the upside to Vladimir Putin’s possible radical cutoff of natural gas to the former Soviet republics and Eastern Europe. Friedman nearly rejoices that Putin has inadvertently helped the green cause. Supposedly, once Putin’s erstwhile gas buyers grasp that Russia proves an unreliable supplier, they will then be forced to redouble their efforts at wind, solar, and renewable energy. Thus, we will all be better off. “If I’m actually rooting for Putin to go ahead and shut off the gas,” Friedman asks, “does that make me a bad guy?”

I am afraid it does. At least in the here and now.

Aside from the fact that many of the former Soviet republics may be on the edge of war, does Friedman grasp that in the short term — which, in fact, could be very long — millions of Eastern Europeans and Ukrainians might not have heated homes, easily accessible gas cooking, or hot water for daily bathing — not a pleasant prospect, especially for the elderly or those with small children? Friedman may call that “a little scare by Putin” that might be worth it to “make a big difference.” But what he sees as “a little scare” for those without natural gas will prove not a big “difference,” but a big disaster.

Would anyone suggest that elite Americans who live in homes over, say, 3,000 square feet should forgo using natural gas, or electricity not generated by wind or solar means, as a sign of solidarity with those poorer customers soon to be cut off from Russian supplies? It might be more humane, in the progressive scales of justice, if we cut off all natural-gas supplies to Google or Apple, or cut off the natural-gas-generated power to their execs — a much cheaper sacrifice for our Green Moloch than for most of Ukraine.

In California, it is just this sort of assumption that millions must be sacrificed on the altars of green deities that has resulted in cutoffs of life-providing irrigation water in order to save a bait fish, or decrepit and nightmarishly dangerous highways because highway funds have been diverted to “high-speed rail,” whose initial construction is as dear to liberals as it is not allowed to begin in their neighborhoods. What if the campus of Stanford University disrupted the migrating patterns of the Palo Alto horned toad, or if the new Arizona Apple plant retarded the spring bloom of the Mesa desert cactus? Would we see a shutdown of either Stanford or Apple — as we are seeing now with the uprooting of vast acreages of California almonds?

Thomas Edsall laments that retrograde Americans haven’t much changed their opinions on abortion, doggedly remaining mostly against it. How could they be so reactionary, Edsall wonders, given their proper about-face on gay marriage?

Attempting to unravel such mysteries, he asks liberal “experts,” who assure him that reactionary and control-freakish men still seek to dominate women’s bodies and reproductive rights — this in an age of unprecedented access to contraceptives and early abortions, and tolerance of premarital sex, divorce, and explicit sexuality in the media and entertainment.

As Ramesh Ponnuru recently pointed out, lost to Edsall is the fact that women themselves have not much changed their attitudes to abortion. And why would that be? Perhaps because some Americans, men and women alike, accept that fetal viability can begin at 20 to 24 weeks, and thus some abortions are tantamount to killing newborn babies. Some women may even dare to believe that demands for unrestricted abortion create a climate that allows a mass murderer like Dr. Gosnell to practice his infanticide right under the noses of authorities.

Lost in the entire lament about the public’s not evolving to the proper position on abortion is, again, the human concern — the absence of angst over the thousands of infants among the hundreds of thousands being aborted who, whatever one’s beliefs about when life begins, in the present age of medical care undeniably could live outside the womb.

Edsall doesn’t seem to get it that for all the pizazz of an upscale Sandra Fluke damning Neanderthals, lots of less-well-connected women apparently don’t like the idea of killing fetuses they believe to be human beings, a decision they came to without male input. In most polls, women supported Republican-sponsored legislation to ban abortions after 20 weeks in greater numbers than did men. In fact, if men were kept out of the picture entirely, and just women voted on abortion, it is likely that the result would be not much different from what it is today — or perhaps there would be a far more restrictive stance on abortion entirely. Does Edsall believe women are brainwashed and cannot, as he can, appreciate how their reproductive rights are best protected by his idea of abortion?

Common to all these cases is the notion of a technocracy of better-educated elites who know what is best for their social inferiors. They just know that gas-burning yokels have to be taught to forgo natural gas. For the right people to be in places to affirm affirmative action, then hoi polloi must accept that affirmative-action allowances be made to give them power. They know that tea-party zealots have to be taught that their politics are bad for America’s trajectory and that tax laws must make accommodations for that fact. Women must somehow be persuaded that liberal abortion laws are good for both them and the collective.

Once we go down that road of assumed noble ends justifying questionable means, then anything becomes not just possible but assured.