The continuing attention devoted to the blunders, incompetence, and lies surrounding the 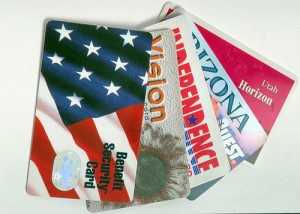 Obamacare rollout is much deserved. But we shouldn’t forget that the President’s health-care monstrosity is merely the latest and biggest of scores of government entitlement programs suffering from the same flawed progressive assumption––that government “experts” armed with coercive power alone can solve problems better left to the states, civil society, and the free market. In reality, such programs relentlessly metastasize, increasing as well fraud, waste, abuse, and costs.

One such program is SNAP, the kinder and gentler name for what we used to call food stamps. Apparently the old coupons were too hurtful, so they have been replaced by the Electronic Benefits Transfer card that looks like a debit or credit card. Over the last decade, SNAP recipients have increased from 21 million to 47 million, 1 in 7 Americans. But benefits paid out have nearly quadrupled from $21 billion to $75 billion. This total, by the way, doesn’t count the $7.2 billion spent on the Women Infants and Children program that also provides taxpayer-funded food. And don’t forget the other costs of the program, which tack on another nearly $4 billion. Part of this expansion reflects Obama’s relaxation of work and income requirements, and the increase of benefits by 13.6% as part of the 2009 stimulus bill (that increase expired on November 1). Worse yet, some speculate that Obamacare, by expanding the number of people eligible for Medicaid, might further increase the number of SNAP recipients by 3%-5%.

Unsurprisingly, fraud and abuse are rampant in the SNAP program. Since 2008, the number of able-bodied adults without children but receiving benefits has increased by 3.5 million. Many stores accepting SNAP cards are involved in selling ineligible items and trafficking. According to a USDAreport, “In FY 2012, over 100 analysts and investigators reviewed over 15,000 stores and conducted nearly 4,500 undercover investigations. Close to 1,400 stores were permanently disqualified for trafficking and nearly 700 stores were sanctioned for other violations such as the sale of ineligible items . . . OIG [USDA’s Office of the Inspector General] SNAP investigations resulted in 342 convictions, including a number of multi-year prison terms for the most serious offenses, and approximately $57.7 million in monetary results.” And those are just the stores getting caught. SNAP EBT cards are regularly bought and sold, even listed on Craig’s List. According to a report by a Sacramento CBS affiliate, the fraud costs $750 million a year.

In response, in September House Republicans approved cutting $39 billion in funding, about 5% per year over the next decade, much lower than the rate of increase over the last decade. Under the Republican plan, the next decade’s cost for the program would be $700 billion rather than $770 billion. The bill also eliminates eligibility loopholes, ensures work requirements, and weeds out ineligible recipients such as college students and lottery winners. Not exactly the “slashing” of benefits the media have been decrying.

The reaction from the progressive entitlement lobby, otherwise known as Democrats, has rounded up the usual suspects of callous Republicans indifferent to starving children. This bloated program gets by on such manipulation of Dickensian emotional rhetoric about poverty and hunger in America. A recent piece by the in-house liberal for The Wall Street Journal keeps harping on “poverty” and the “poor,” and claims that the real issue “is about the extent of our collective obligation to the least fortunate Americans.” But the way the government defines “poverty,” by income alone, ignores consumption levels and income from the off-the-books economy such as cash work or illegal activities.

When one looks at material goods, however, a different picture of poverty emerges. According to an American Heritage report based on an analysis of Census Bureau data, 43% of statistically poor households own their own homes, and on average these houses have 3 bedrooms and one-and-a-half baths. One also has to wonder what notion of the “poor” would include those who have a microwave (81% of the statistical poor), air-conditioning (78%), more than one television (65%), at least one DVD player (65%), and cable or satellite television (64%), among other amenities. How about food? Leaving aside the point that those who possess non-essentials like DVD players and cable television probably can afford adequate food, the Heritage report points out that “most poor children are super-nourished and grow up to be, on average, one inch taller and 10 pounds heavier than the GIs who stormed the beaches of Normandy in World War II.”

As the Heritage report summarizes, “In 2005, the typical poor household, as defined by the government, had air conditioning and a car. For entertainment, the household had two color televisions, cable or satellite TV, a DVD player, and a VCR. In the kitchen, it had a refrigerator, an oven and stove, and a microwave. Other household conveniences included a clothes washer, clothes dryer, ceiling fans, a cordless phone, and a coffee maker. The family was able to obtain medical care when needed. Their home was not overcrowded and was in good repair. By its own report, the family was not hungry and had sufficient funds during the past year to meet all essential needs.” The recession since then has not significantly altered this reality. The fact is, compared to the vast majority of human beings who have inhabited the planet, or who today live in the Third World, the statistical poor in America are part of the global rich.

The liberal melodrama of millions of under-nourished, hungry Americans cannot be squared with this data, or with the fact of rampant obesity and bad eating habits among the statistical poor. Though no doubt some Americans fit the liberal picture of the “deserving poor” who need help to keep from going hungry, the majority of those getting food stamps make the personal choice to spend their money on other goods rather than on food.

I have lived and shopped for food in socio-economically mixed neighborhoods for nearly 40 years, and have repeatedly seen people buying groceries with food stamps. During that time, I have frequently seen people with the SNAP two-piles: the goods food stamps pay for, and the other products like liquor, beer, and cigarettes. In the food pile, I cannot remember ever seeing bulk rice, beans, meat, or the other groceries one would expect the poor to buy. More typically, pricey products like processed foods, chips, snacks, sodas, cereal, and other nutritionally toxic items make up most of the pile. I have stood in line behind people in $100 sneakers and expensive NFL jackets, and more than once followed such shoppers to the parking lot and seen them get into cars better than the one I was driving.  Even an illiterate village explainer knew that if you can afford cigarettes, candy, and snazzy sneakers, you shouldn’t be getting taxpayer-funded food stamps.

Of course, progressives will dismiss this argument as heartless indifference to the “less fortunate,” and my own experience as “anecdotal” evidence. But as the saying goes, the plural of anecdote is data. But even liberals know their arguments about the poor in America are weak. That’s why they rely on rhetorical pathos and invented the notion of  “relative poverty,” the idea that one is considered poor by comparison to the better off, rather than by a measurement of life-style and material wellbeing.

Like Obamacare, the SNAP program takes a small problem that in the past was addressed by churches, families, mutual aid societies, and fraternal organizations, inflates it into a crisis by hyperbolic rhetoric, and then claims only a massive federal entitlement and regulatory regime can solve the problem. That has been the progressive playbook for nearly a century, and the result has been a bloated federal bureaucracy, ruinous debt, and taxes appropriated from the producers of economic growth. That’s how we got the entitlement monsters that were on track to bankrupt the country even before Obamacare.