In reaction, frightened Democratic candidates on script are resorting to strategies of diversion. They avoid mention of their prior lockstep support for Biden agendas that induced current high gas prices, spiraling inflation, deflated 401(k) retirement plans, out-of-control violent crime, 3 million illegal aliens pouring across the southern border, and the disaster in Afghanistan and its aftermath.

Most Democrats are quietly relieved that a 79-year-old, cognitively challenged Biden does not appear with them on the campaign trail, preferring he continue his frequent down time at his Delaware retreat.

Democrats also increasingly rely on a series of ginned up Trump-MAGA psychodramas. That way they hope to make the midterms a referendum on a supposedly demonic Donald Trump—with help from the media, the January 6th House Committee hearings, the Mar-a-Lago raid, and now periodic Biden rants about “semi-fascist” Trump supporters.

These efforts of mass distraction will not work.

Aside from Democrats’ inability to mask their prior support for the disastrous Biden record, most presidents lose dozens of congressional seats in their first midterm election. And when a president’s approval rating stays stuck at about 40 percent, down-ticket party candidates do poorly.

But even more importantly, in the last month of the election, there is a growing consensus that our very civilization itself is imploding and America’s current trajectory is unsustainable.

Americans blame the left that has weaponized every aspect of the federal government to further a virtual cultural revolution. For a rare moment in American history, neo-socialists in 2020 captured control of the presidency and both houses of Congress — giving them a blank check for two years to transform once crackpot radical theories into destructive everyday policies.

Before Biden, no one would have dared imagine actually defunding the police, releasing violent criminals just hours after committing crimes, deliberately canceling federal gas and oil leases, pipelines, and entire oil fields, and destroying the entire corpus of immigration law.

Since when does a criminal simply prance out of a store, arms full of stolen goods without a worry of arrest? What has happened to America when millions pour into their country without audit, legality, or vaccinations at the height of a pandemic? Why have hundreds of thousands of homeless simply absorbed vast swaths of America’s downtowns?

The middle class is bewildered by this sudden erosion of everything they once took for granted, from supply-chain shortages of baby formula, smash-and-grabs and car-jackings, and train robbing in broad daylight to periodic brownouts, dysfunctional air travel and daily racially motivated hate crimes.

Meanwhile, the public’s retirement accounts have lost a third of their value in just a year. The middle class now receives only a scant 1-2% in interest on their eroding savings accounts, but they pay 7% for mortgages, while inflation eats away their value of their purchasing power at over 8% a year. 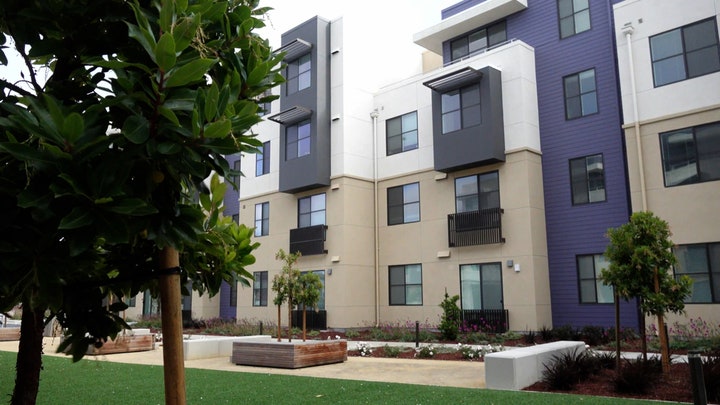 As part of the current cultural bewilderment, voters are baffled that the border patrol is overwhelmed while the administration hires 87,000 new IRS agents.

They cannot fathom why the FBI’s Washington hierarchy has serially misled Congress and lied to federal investigators. Why would FBI agents monitor parents at school board meetings, or seek to humiliate the political enemies of the White House?

Since when does the chairman of the Joint Chiefs of Staff call his communist Chinese counterpart to warn him that his own American commander in chief is considered too unsteady?

The recent, unfiltered racist talk of Los Angeles city-council members, along with Kayne West’s anti-Semitic outbursts, warn us that the ultimate manifestation of our premodern descent into tribalism, ethnic and racial chauvinism, and woke identity politics could soon be an abject nightmare like Rwanda or the former Yugoslavia.

Under Biden, the IRS is slated to grow substantially. FILE: This photo taken April 13, 2014, shows the headquarters of the Internal Revenue Service (IRS) in Washington. (AP Photo/J. David Ake)

The new woke cancel culture — so reminiscent of the Jacobins’ reign of terror in revolutionary France, the Bolshevik takeover in 1918 Soviet Russia and Mao Zedong’s cultural revolution — has turned the left into enemies of First-Amendment protected free speech and expression.

The model would be similar to a postwar non-aligned Austria and Finland, or Western but neutral Switzerland. Kyiv then would not be a military threat to Russia, but more an asset than a liability to the West.

The result is that voters are worried about more than just their waning domestic and national security, their eroding economy, their unsafe streets, and wide-open borders. They fear they are also targeted by cultural revolutionaries who seek to wipe away the very foundational dates and documents of America — and demonize any who object to their cultural hijacking.

So do not be surprised about the looming counter-revolutionary pushback on November 8. Americans will not just be rejecting the Biden agenda but also voting to save what is left of their civilization itself.

Victor Davis Hanson is a senior fellow at the Hoover Institution and the author most recently of “The Dying Citizen.”