Debunking the lies about race in America. 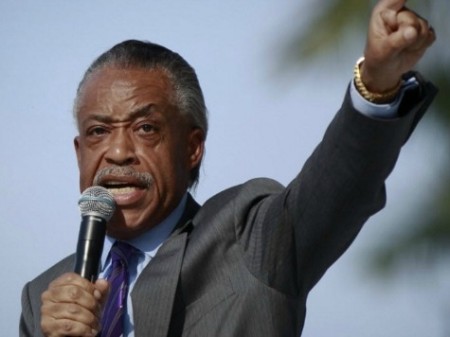 A recent NBC/Wall Street Journal poll reveals that nearly 6 in 10 people believe race relations are bad, with 23% saying they are “very bad.” The causes of these perceptions are many, including nationally publicized police killings of two black men, disorderly and violent demonstrators ignoring the facts of the cases to brand the police “racist,” a lazy media neglecting to dig up and then publicize those facts, and a president, Attorney General, and mayor of New York willing to exploit and widen racial division and consort with hustlers like Al Sharpton.

What we see at work in these events is the long established racial narrative in which endemic white racism accounts for all the ills that afflict black people. Not just individual whites harbor this original sin, but our educational, political, social, justice, and economic institutions are racist as well, favoring white people and hence conferring on them “white skin privilege.” The wide scope of racism means that no matter how well meaning towards blacks, or how socially and economically disadvantaged, individual whites cannot purge themselves of racism. Only radical transformation of all our institutions can redeem America from racism.

This fairytale regularly ignores numerous facts. The decline in black poverty, for example, calls into question the notion that there is “institutional racism” warping the economy. Thanks to postwar economic growth, the black poverty rate decreased from 87% in 1940 to 28% today. Similar improvement can be seen in the growth of the black middle class and increases in black home ownership. And the claim that blacks are shut out of the job market is hard to square with the fact that millions of illegal aliens are working in this country, and immigrant entrepreneurs are creating small businesses.

Similarly, the idea that the police are an “occupying army” targeting blacks, a cliché we heard repeatedly during the recent demonstrations over the police shootings in Ferguson and Brooklyn, is exploded by simple statistics that show about 200 blacks a year––most shot while possessing a gun or knife––are killed by police officers, while almost 6,000 a year are killed by other blacks. It’s a strange “army” that endangers itself in order to protect and save the lives of those it’s allegedly “occupying.”

Then there’s the “voter suppression” charge, the assertion that attempts by states to ensure only legal voters cast ballots really are designed to discourage black voters. The increasing numbers of black people registering and turning out to vote belie this claim, as does the much greater number of blacks holding elected office. Indeed, in 2012 the proportion of black voters turning out in the national election was greater than that of white.

The fact is, by global standards the largest number of politically free and well off blacks is in the United States. As for those blacks still mired in dysfunctional communities filled with crime, violence, unemployment, drugs, and fatherless children, those evils do not reflect white racism or a “legacy of slavery.” Rather, they can be traced to what Michael Gerson called the “soft bigotry of low expectations,” the culture of dependence and the erosion of self-reliance and self-responsibility created by government handouts and the liberal narrative of endemic white racism that demeans blacks as helpless victims incapable of improving their lives or being accountable for their actions, since through no fault of their own they are imprisoned by “institutional racism.” And don’t forget progressive government policies that inhibit economic growth, historically the great engine for improving black lives, and the culture-wide degradation of sexual mores and the collapse of traditional marriage.

So cui bono, as the lawyers say, who benefits from this narrative? The federal and state entitlement industry, of course, whose agencies and bureaucrats profit from having a permanent underclass of clients. So too the Democratic Party, which buys black votes with promises to keep the transfers and set-asides flowing. So too the racial grievance industry, that gang of activists, academics, ethnic studies professors, “diversity” consultants, and shakedown artists like Al Sharpton who use black misery as leverage for more power and pelf. So too the leftover leftists, who find in racial discord a weapon for attacking the country that kicked their cherished collectivist ideology into the dustbin of history.

Most black Americans aren’t invested in this narrative. They’re too busy working and raising their families. But let’s not forget the role this narrative plays in camouflaging the privilege of those millions of blacks who live better and have more social clout than millions of white people. By ignoring their economic advantages and brandishing their scars from alleged racist wounds, many in the black upper-middle and upper class, particularly those in education, sports, entertainment, and government, can gain vicarious victim-privilege and hence social leverage. Thus through a spurious claim to racial brotherhood, they plunder and spend the capital of black suffering many of them have never experienced. They then can enjoy a social cachet and a whiff of exotic authenticity that sets them apart from their bland white counterparts, and that gives them an air of gnostic racial wisdom embodied in the cant phrase, “It’s a black thing, you wouldn’t understand.”

The phoniness of this ploy can be seen in the various claims well off blacks make about their personal experiences of racism. In the 90s it was the epidemic of racist cabdrivers refusing to pick up black passengers. That one faded when research showed that many of the cabdrivers were themselves black, and were prudently avoiding the murder and mayhem they often experienced at the hands of black passengers. Then there was the “driving while black” trope, which focused on the disproportionate number of blacks pulled over for traffic violations like speeding. Department of Justice investigations ended up with sanctions imposed on states for “racial profiling.” But the study done of drivers on the New Jersey Turnpike, a much-publicized case of “profiling,” revealed that while blacks were 25% of all speeders, they were 23% of those pulled over. That is, they were underrepresented, not overrepresented, among those stopped.

More recently we have heard affluent, privileged blacks like Eric Holder, and the white father of a half-black son, New York mayor Bill De Blasio, indulge another hackneyed trope, the “talk.” This is the conversation black fathers must have with their sons in order to “train them to be very careful when they have . . . an encounter with a police officer,” as De Blasio said, lest they give a policeman a pretext for the violence incited by their racism. The irony of this claim is that if reflects just how privileged these children are, for people who grow up in the dangerous neighborhoods the police must frequent drink that wisdom in with their mother’s milk. Worse yet, it assumes that a white kid who resists arrest, fights a cop, curses him, or otherwise challenges his authority will be treated with kid gloves. I’ll have to see some hard data before I believe that. The reality is, the biggest danger to a young black man today is not a policeman, but another young black man.

No doubt some blacks have experienced rude cops or cabdrivers, or have been subjected to the other evidence of racism like those Obama claims to have experienced, such as women clutching their purses more closely in an elevator, or locking their car doors at the approach of a black man. But even if true, these slights don’t amount to “systemic racism.” They more likely reflect prejudices, many acquired through unpleasant experiences. If you want to see what real racism looks like, visit this site and peruse its collection of lynching postcards. You’ll see just how much progress has been made over the last half-century.

But facts or even common sense don’t matter when it comes to a narrative with so many beneficiaries, the biggest one being Barack Obama, who never would have become president without it. The saddest part of all this, however, is that the black people truly suffering today aren’t on that list. In the racial narrative, black lives don’t matter.

2 thoughts on “The Progressive Racial Narrative and Its Beneficiaries”