Will the Obama-era hypocrisy continue with the next president takes office? 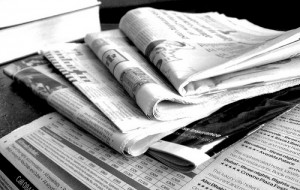 Will there be a scandal if the new political appointees at the IRS sic their auditors on Moveon.org? What will the Washington Post say should the new president keep Guantanamo Bay open for five more years, quadruple the number of drone missions, or decide to double renditions? Will it say that he was shredding the Constitution, or that he found the terror threat too great to honor past promises?

Will NPR run an exposé on our next president should she tap into Angela Merkel’s cell phone, or monitor the communications of Associated Press reporters — and their parents? Will investigative reporters go after the president should he falsely claim that an ambassador and three other U.S. personnel died in the Middle East during a video-sparked spontaneous riot? Or if he then jails the filmmaker for a year on a trumped-up parole-violation charge?

In other words, because for the past five years the members of the Washington press corps have abdicated their traditional adversarial role as watchdogs of the executive branch, can we still have watchdogs at all in 2017? If the next president falsely swears that his new health-care program will not affect citizens’ current coverage, what consequences could possibly follow? If the New York Times went after such perfidy in 2017, would the new president just say, “Where were you when Obama did it?”

If a conservative should be elected, and his Justice Department decided not to enforce federal gun laws in certain cities, would not the president say to his critics, “You were happy to ignore the flouting of federal immigration law in sanctuary cities, so why not exempt gun control too?”

Or if the new attorney general were Asian, and called his fellow Americans “cowards” over their inability to address past discrimination, or referred to Chinese- or Japanese-Americans as “my people,” how could African-American activists or any other group possibly object?

If, in 2017, we begin another five years of 7-plus percent unemployment, will the media call it a “jobless recovery” — as they have not since 2009, but most surely did in 2004 when George W. Bush ran for reelection with a jobless rate of a little over 5 percent?

What will court watchers do should the next president weigh in on pending trial cases — claiming, for example, that the son he never had would have resembled a murdered young man, or arguing that the police acted stupidly when they arrested a favorite of the president’s?

If our next president says there is a red line, ignores infractions of it, and then says he never said it, will the press go after her as it went after George W. Bush in 2003 when the promised stockpiles of weapons of mass destruction did not turn up in Iraq? If a debate moderator interrupts our next president’s reelection debate to incorrectly point out that his challenger is wrong about the facts, will we chastise her as unprofessional and ban her from further debates?

If a conservative president is elected, will the media object should he editorialize about personal success and wealth — suggesting that novice entrepreneurs should build their own businesses without federal help, reminding the struggling that they have not yet reached a point where they have made enough money, chiding some that we need to create wealth, not spread others’, or advising us that it is always the time to profit? Would the press object that the president’s serial and unsolicited sermonizing was proving a bit much? Or would he have to accuse doctors of lopping off limbs and ripping out tonsils for profit to win rebuke?

Will NBC object if our next president plays 150 rounds of golf in his first five years in office? Would it seem at all excessive to ABC if our next chief executive were declared a “god” by colleagues in the press corps, or if the president promised to lower the level of the seas and cool the planet?

In 2017, if the next president attempts to freeze new drilling on federal lands, only to brag that more oil and gas have been produced (on private land) during her tenure than ever before, how would CBS respond to such disingenuousness?

For that matter, in 2017 will novels again be written about killing the president, and prizes once more be awarded for docudramas about his assassination — and will he be called a “Nazi” and “Brown Shirt” by his political opponents, as President Bush was?

During the next presidency, will the filibuster still be bad, or will it suddenly be good again? Will there be a nuclear option again? Recess appointments? Executive orders? Signing statements? Votes against extending the debt ceiling? Are these again to be excesses, or is it a case of “It depends”?

What will the media do if the next president hires lobbyists, ignores the revolving door, or wins record donations from Goldman Sachs — while promising to run the most transparent administration in history? Will minority activists hound the next president should their constituents’ employment rate and income nosedive? Or is the answer to be, “It depends on the president’s race”?

If in 2017 the chief executive urges his supporters to “punish our enemies,” what will be the media reaction?

Will the Los Angeles Times object should the next president borrow $6 trillion in his first term? If we have four more years of zero interest, will that policy be deemed reckless and inflationary?

The predictable answer, of course, to all these questions is, again, “It depends.” If a liberal like Hillary Clinton wins, then the same exemptions will almost surely continue, even in the absence of the race card. But if a conservative should be elected, then the old hypocrisy will reappear and we will be treated to the damnation of a Christie, Paul, Rubio, or Cruz as “the worst president ever” or an “amiable dunce” or one of the other sorts of boilerplate disparagement accorded Reagan and the two Bushes.

Yet, I am not so sure that it will be quite that simple for a decade or so. We have become inured to the press as an adjunct Ministry of Truth and to the notion that the president feels that he can do whatever he wishes without much worry over public audit. Such obsequiousness and exemption are now institutionalized, just as, after the divine Emperor Augustus, there was little accountability for the emperors or free speech allowed in criticizing them. So we are entering a new period in presidential history, and it may be difficult to go back to the status quo ante 2009, when reporters were not state megaphones and the president paid a price for not telling the truth.

More likely, the members of the national press corps do not even now quite get it that they have been completely discredited. Whether they toady up to a liberal president or revert to standard criticism of a conservative, I doubt anyone will much care any more. If the next scandal is an open-mike slip to Putin, a linguistic flub like “corpse-man” for a Navy corpsman, a barefaced lie like swearing the president never spoke to his own disreputable uncle, or a complete distortion such as bragging of the energy production that she sought to stifle, the media will face a novel situation: If they object, then the public will wonder, “But why now all of a sudden?” If they keep silent, the public will shrug, “Oh, more of the same.”

Nor have we fully appreciated that a president who has supposedly taught constitutional law has done more to damage the Constitution than did Richard Nixon — and, so far, without consequences of any sort. The next president in theory can tap the communications of his opponents, pick and choose which laws are to be enforced and which are mere suggestions, and use federal agencies to monitor the politically suspect. He can go to, ignore, undermine, or praise the U.N. as he sees fit. He can bypass Congress to bomb a foreign country, and give pressure groups amnesty from any federal law he chooses. If the next president’s chief adviser claims that liberal Democrats are analogous to the mass-murdering Jonestown cult, would it really matter?

So we are living in scary times. The nation has grown used to the idea that what the president says is probably either untrue or irrelevant — and yet it does not really any more care which.

The people also assume that it doesn’t matter if our pundits talk of the person in the White House as a “messiah” who prompts tingling legs, or if they take notice of perfect pant-leg creases, or, of course, if they declare that he is the smartest president ever.

The result, in the Age of Obama, is a deeply rooted cynicism that works out something like the following: The president of the United States is now an iconic figure and thus cannot be held to the minimal standards of veracity demanded of other Americans. The press is an advocate of his agenda and picks and chooses which scandals can be half-heartedly pursued without endangering their shared vision.

How could the media possibly repair its sullied reputation without appearing abjectly hypocritical or artificially zealous? How can the next president resist assuming the extra-constitutional prerogatives of the current one?

We have three years before January 2017. If we are to have any credible press left at all, it has just 36 months to rediscover its ethics and professionalism — or more or less forfeit its integrity for a generation. The president too must either start respecting the Constitution or expect that his successors will follow in his footsteps in pressing their agendas by any means necessary — while always citing the Obama example. Will the next president simply drop the employer-mandate portion of Obamacare? And if he did, would the media point out that he was not faithfully executing the laws that had been enacted?

Because we are now right in the middle of this conundrum, Americans often fail to appreciate how low we’ve sunk — and how little time our president and press have to restore the institutions that they have so undermined for such paltry political advantage.