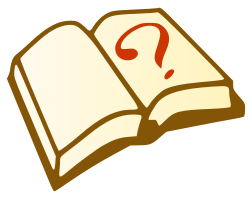 We are on the verge of a war with Syria. Yet I don’t think the administration has as of yet articulated what its aims are and thus is confused about the means of obtaining them. Is the point of the impending military action to remove Assad, engage his opposition, and foster a consensual society in his place, as if the U.S. can at last do

what so far the Arab Spring has not? To destroy enough of his assets to allow the insurgents (but who exactly are they?) to rebound somewhat? To establish a new American-enforced global statute that WMD use is not permissible in a way that a Rwanda, Grozny, or the Sudan apparently was? To restore U.S. credibility to ensure that our red lines and deadlines are treated seriously? Simply to punish Assad to show our displeasure for his defiant role in 100,000 deaths? All, some, or none of these aims?

Without clarity from the administration about our intentions, not only will we not have popular support or congressional assent (and, of course, after Libya, formal U.N. approval is not going to be forthcoming for our president and Nobel Peace Prize Laureate), but the administration itself will be confused over what it wants Syria to look like when it is done. At some point soon, let us hope that Obama addresses the nation, outlines U.S. aims and objectives, describes the coalition at our side, and brings the Congress on board.

Otherwise, the world is getting the impression that American cruise missiles and bombs will fall for a few days largely to show Assad that we mean some sort of business and that our (inopportune) bluster about red lines was really serious, at least in a pre-9/11 sort of way. And it will suspect too that rather quickly we will suddenly stop the intervention, declare that it was a success, and in Libya-fashion forget that we ever did anything at all – in hopes that the Russians, Chinese, Islamists, and Iranians take us more seriously rather than believe Obama is still as naïve as he was in his open-mic promise to Russian president Dmitri Medvedev (“This is my last election. After my election I have more flexibility”).

On about three or so reset occasions in the 20th century, the United States lost all sense of deterrence (e.g., 1939–41 [in response to WWI]; 1961–2 [in response to a long Cold War], 1979–80 [in response to Vietnam), because of either isolationism, misreading of prior American action, or misguided ideas about the nature of war and how to prevent it. And in each case, the restoration of deterrence was costly – and terrifying. We are now entering a similarly dangerous period, adrift and confused about both the past and present.