Obama’s foreign-policy weakness encourages our enemies and disheartens our allies.

The final acts of the Obama foreign policy will play out in the next two years. Unfortunately, bad things happen when the world concludes that the American president has become weakened, distracted, or diffident about foreign policy.

END_OF_DOCUMENT_TOKEN_TO_BE_REPLACED

With his presidency in tailspin, Carter radically changed course. Will Obama do the same?

By the beginning of 1980, Jimmy Carter was in big trouble. Almost everything he had said or done in foreign policy over the prior three years had failed — and he was running for reelection.

Carter had come into office in 1977 promising a new American stance abroad predicated on human rights. He bragged of an end to our supposedly inordinate fear of Soviet-inspired Communism. He entertained the hope of not losing a single American soldier in combat during his tenure. And he rejected the realpolitik of the Nixon-Kissinger years.

The State Department would end the excessive influence of the bellicose National Security Council. Secretary of State Cyrus Vance would put a kinder, gentler face on American diplomacy. We championed Robert Mugabe in Zimbabwe over more moderate black reformers. We broke with the Shah of Iran, who fled his country in January 1979. We for a while praised the Ayatollah Khomeini and sought ways to reach out to him. Carter’s U.N. ambassador, Andrew Young, called Khomeini “some kind of saint.” Young met secretly with PLO representatives in Kuwait. In an interview, he falsely alleged of his own country that “We still have hundreds of people that I would categorize as political prisoners in our prisons.” END_OF_DOCUMENT_TOKEN_TO_BE_REPLACED 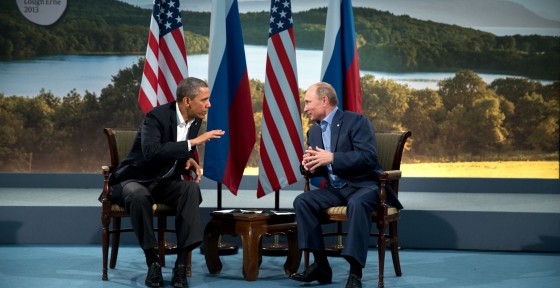 face invokes irony, hypocrisy, and paradox, because it is just the sort of normal Neanderthal tit-for-tat that was not supposed to happen under an Obama pathbreaking foreign policy. END_OF_DOCUMENT_TOKEN_TO_BE_REPLACED

We are in a transparency mania, but a rather selective sort of one. Bill Clinton, who chose not to tell the truth while under oath and as president, says he is “perplexed” that Mitt Romney did not offer more candor by providing more than a single year’s tax returns. END_OF_DOCUMENT_TOKEN_TO_BE_REPLACED

Taxes: What does it matter that Gingrich released one year of his tax records? Any candidate can prep them a year in advance. END_OF_DOCUMENT_TOKEN_TO_BE_REPLACED

As the last American troops roll south to Kuwait, the end of the war in Iraq invites unsettling comparisons to another war America declared over before losing its nerve and snatching defeat from the jaws of victory. END_OF_DOCUMENT_TOKEN_TO_BE_REPLACED

The noun dêmagôgos first appeared in Thucydides’ history, mostly in a neutral, only slight disparaging way (usually in reference to the obstreperous Cleon), in its literal sense of “leader of the people.” END_OF_DOCUMENT_TOKEN_TO_BE_REPLACED

Obama’s deer-in-the-headlights, finger-to-the-wind, “I can’t believe this is happening to me” initial reaction to the Mubarak implosion has eerie precedents. END_OF_DOCUMENT_TOKEN_TO_BE_REPLACED