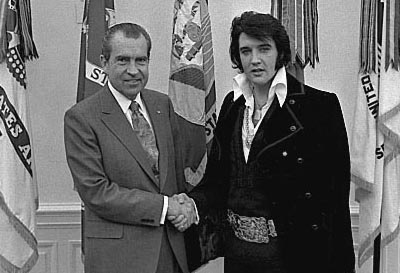 The truth about Benghazi, the Associated Press/James Rosen monitoring, the IRS corruption, the NSA octopus, and Fast and Furious is still not exactly known. Almost a year after the attacks on our Benghazi facilities, we are only now learning details of CIA gun-running, military stand-down orders, aliases of those involved who are still hard to locate, massaged talking points, and the weird jailing of Nakoula Basseley Nakoula.

We still do not quite know why Eric Holder’s Justice Department went after the Associated Press or Fox News’s James Rosen — given that members of the administration were themselves illegally leaking classified information about the Stuxnet virus, the Yemeni double agent, the drone program, and the bin Laden document trove, apparently to further the narrative of an underappreciated Pattonesque commander-in-chief up for reelection.

Almost everything the administration has assured us about the IRS scandal has proven false: It was not confined to rogue Cincinnati agents; liberal and conservative groups were not equally targeted; and there were political appointees who were involved in or knew of the misdeeds.

The NSA debacle can so far best be summed up by citing Director of National Intelligence James Clapper, who has now confessed that he lied under oath (“clearly erroneous”) to the U.S. Congress. Even his earlier mea culpa of providing the “least untruthful” statement was an untruth.

TIMELINES
Yet the truth does come out. None of these scandals so far has been as ignored as the initial Watergate break-in and associated Nixon-administration misdeeds. If the doctrinaire press is now leading from behind, instead of launching a full-scale attack as it did in the Watergate years, the media as a whole are far more diverse than in 1973, with so many different venues and agendas that it’s difficult to suppress the truth for long.

Remember, between when the Nixon operatives drew up their initial plans to commit illegal acts in early 1972 and when the media furor over cover-ups and lying forced Nixon out of office in late summer 1974, the time elapsed was over 30 months — a period as long as or longer than the gestation of the present scandals. Recall also that no one died in Watergate; that the IRS resisted, not abetted, calls to go after critics of the president; and that Attorney General John Mitchell did not lie under oath to Congress. Scandals wax and wane, but until the truth is told, they never quite end.

THE DENIALS
There is also nothing new in administration denials. Both President Obama and his press secretary, Jay Carney, characterized the Benghazi, IRS, AP, and NSA allegations as “phony.” So too Nixon’s press secretary, Ron Ziegler, characterized the Watergate break-in as “a third-rate burglary attempt” and insisted that “Certain elements may try to stretch the Watergate burglary beyond what it is.” In August 1972, when news of the break-in first got out, Nixon himself assured the nation, “I can say categorically that . . . no one in the White House staff, no one in this Administration, presently employed, was involved in this very bizarre incident.” The Obama administration’s variation on outright denial is “What difference, at this point, does it make?” And when Jay Carney declares, “I accept that ‘stylistic’ might not precisely describe a change of one word to another,”  I am reminded of Ron Ziegler’s quip, “This is the operative statement. The others are inoperative.”

THE EXODUSES
By the summer of 1974, Richard Nixon was almost alone. His attorney general, John Mitchell; his closest two advisers, Bob Haldeman and John Ehrlichman; his White House counsel, John Dean; and a score of others — some of them directly involved, others only tangentially mentioned — had resigned, had been fired, or had been indicted. Those not involved simply wanted out of the administration, lest they suffer from guilt by association.

Less than a year after Benghazi, all the chief participants in reacting to the attack are gone from their positions: Susan Rice left the U.N. ambassadorship and is now a very quiet national-security adviser; Hillary Clinton is no longer secretary of state; we have both a new defense secretary and a new CIA director; the ranking military officer responsible for the area around Benghazi, General Carter Ham, commander of U.S. Africa Command, has retired.

Likewise there have been several resignations and suspensions from the IRS. I don’t think James Clapper will last long as director of national intelligence — such a high-ranking official simply cannot confess to lying under oath to a congressional committee and expect ever again to be taken seriously. Eric Holder may prove to be Obama’s version of a steadfast-to-the-very-last General Haig; yet, like the mostly silent Susan Rice, he has been so tainted with scandal as to have little reputation left other than for being loyal to the president, and is thus irrelevant.

THE ELECTION
I think it is a fair guess that had the public learned the truth about the Benghazi deaths — that a videomaker had no role in the violence and that the administration was paranoid about drawing attention to an ascendant al-Qaeda, U.S. missile-running, and lax diplomatic security — or about the IRS targeting or the NSA surveillance or the AP/Rosen monitoring, Barack Obama would have lost a close election. All these scandals had their geneses before the 2012 election, and all were adroitly hushed up until after Obama’s second inauguration.

That too is in accord with the Watergate pattern. The Nixon administration covered up in Machiavellian fashion the June 1972 Watergate break-in, almost five months before the president’s landslide win. At least six weeks before the election, the nation knew that there were members of the Nixon administration or the Nixon reelection committee involved in Watergate-related misdeeds — but they found that in comparison to Vietnam, the Chinese initiatives, or the economy, the Watergate news was boring. Again, that the Obama scandals were successfully kept hushed up before the 2012 election is not unusual.

Whereas Nixon suppressed the truth and won big in 1972, by the 1974 midterm elections there had been enough blowback from the Watergate scandals that the Democrats picked up four Senate seats and 49 House seats. In other words, 2014 is still a long time away.

Nixon tried to use the IRS to punish his enemies, although Lois Lerner and William Wilkins appear to have had far less integrity than did Nixon’s IRS chief, Johnnie Walters, who resisted rather than abetted Nixon’s illegal efforts. As in the case of doctoring CIA talking points and pressuring CIA operatives, so too Nixon tried to cloak misdeeds as “national security” operations. Nixon went after members of the press; Obama had the communications of James Rosen of Fox News — and even those of Rosen’s parents — monitored. Mr. Nakoula was the poor soul the authorities almost immediately jailed for his supposedly right-wing, Islamophobic film. He proved a sort of updated version of the caricatured crazy Cuban burglars and the unhinged Gordon Liddy, whose freelancing zeal allegedly caused the Watergate problem in the first place. The only difference is that the latter really did commit relevant illegal acts, while Nakoula’s videomaking was uncouth, not criminal — and irrelevant to the Benghazi deaths.

THE FIFTH
Lois Lerner’s resort to the Fifth Amendment is not new and will not be successful in covering up her record at the IRS. During the Watergate scandals, almost everyone from Charles Colson to John Dean took the Fifth at one point or another while under oath in front of various committees and grand juries. Such stonewalling delayed but did not stop the investigations. I expect more participants in the Obama-administration misdeeds will invoke the Fifth, and the dodges will ultimately have little effect, other than to remind us that many in the administration have lots to hide.

THE FALLOUT
Nixon left office with historic low poll numbers and the economy a wreck. His successful feat of Vietnamization was undone by Congress’s refusal to make good on American promises of aid. His foreign trips were seen as failed efforts to regain political stature back home.

So too already with the unraveling of Obama. Cap-and-trade, green energy, and the idea of global warming are politically dead. So is a new gun-control initiative. The president, not his critics, is dismantling key elements of Obamacare, his signature achievement. Cabinet posts resemble musical chairs. About all we can expect is a new Nixonesque war on someone — post–Trayvon Martin “bigots,” conservatives supposedly waging a “war on women,” “nativists” who sabotaged “comprehensive immigration reform.” In other words, there will be no positive initiatives, just attacks on Them.

The president’s poll numbers are tanking, and even some of the liberal press feels increasingly betrayed. The Middle East is a mess: Syria a charnel house, Egypt pure chaos, Libya the new Somalia, Iraq abandoned, Afghanistan ignored. Al-Qaeda is on the run — toward Westerners everywhere.

The common denominators are perceived presidential weakness, and inattention. But whereas Richard Nixon was seen as a brilliant foreign-policy realist, Obama prior to his scandals was already struggling to overcome the reputation of being a naïf about foreig and cool, distant, and inept at home.

Because something terribly wrong occurred in Benghazi, with the IRS, with the treatment of the Associated Press and James Rosen, and perhaps with Edward Snowden and the NSA, and those involved are seeking to mask their culpability, the scandals grind on. They will not end until the truth sets us all free. So expect a long-drawn-out and sordid saga.

If the administration continues to stonewall and taunt its critics, there will soon appear updated Obama versions of diehard Nixon defenders like Rabbi Korff and Representative Sandman — with plenty of the same old “Let me be perfectly clear” and “Make no mistake about it” presidential denials.

NRO contributor Victor Davis Hanson is a senior fellow at the Hoover Institution. His latest book is The Savior Generals, published this spring byBloomsbury Books.