What does it take to warn Americans about unchecked pension growth, socialized medicine, vast increases in

entitlements, higher taxes, and steady expansion of government? In other words, what is it about Detroit, Italy, or Greece that we do not understand?

In the last five years, the Obama administration has raised taxes on the top income rates, implemented Obamacare, added millions to the disability and food stamp roles, grown the size of the federal work force, run up the national debt, and vastly expanded the money supply, along with insuring near zero interest rates. Are there any historical examples where these redistributive efforts have brought long-term tranquility and prosperity?

To put it another way, does anyone ask basic questions about human nature anymore? If one gives more incentives to obtain government support while unemployed, why would not fewer people be working? If the food stamp, unemployment, and disability rolls are markedly up, and if it is almost impossible to verify that recipients are also not working for unreported cash wages (we hear mostly of government efforts to add more to these programs, rather than to audit those already on them), why would one seek a “regular” job that would lose such subsidies and make all one’s income reportable? (We know two basic truths about the IRS in the age of Obama: first, it goes after political opponents in partisan fashion, and second, it gives away billions of dollars in federal income tax rebate credits to those who did not deserve them.) END_OF_DOCUMENT_TOKEN_TO_BE_REPLACED

The continuing disaster of the Obamacare website, like the law itself, illustrates one of the biggest bad ideas of the Progressive movement, one that reflects a central assumption of modernity: that new knowledge is now available that will allow an elite of technicians to order society more justly and efficiently, and eliminate the tragic realities of existence. Progressives bought into this idea wholesale, and ever since have wanted to expand the scope and reach of the state in order to empower those technocrats so they can lead Americans into a world of justice, equality, prosperity, and universal happiness. The metastasizing federal government now bankrupting the country is the creation of this dubious proposition. END_OF_DOCUMENT_TOKEN_TO_BE_REPLACED

Democratic senators up for reelection in 13 months are now embracing, in their calls to delay Obamacare, the same themes as did the House Republicans and a few senators a few weeks ago—hoping to preempt mounting criticism. In this surreal landscape, three weeks ago Obamacare was unquestioned “settled” law (despite the fact that the president himself unsettled the law by suspending the employer mandate) that only dead-ender “anarchists” and “hostage takers” wished to stop or amend. END_OF_DOCUMENT_TOKEN_TO_BE_REPLACED

Barack Obama’s serial gross incompetence has elicited all sorts of explanatory theories. He’s a closet socialist, an Alinskyite radical, a secret Muslim, or an anti-American internationalist. Though some of Obama’s words and deeds give support to all these speculations, I prefer a simpler explanation. Obama is a Progressive––not a vague “progressive,” the elastic moniker liberals started using when the word “liberal” became politically toxic. END_OF_DOCUMENT_TOKEN_TO_BE_REPLACED

Only when we recognize the fundamental role Islam plays in the region can we begin to craft sensible policies that put U.S. interests first.

have degenerated into a complex, bloody mélange of coups and counter-coups, as have happened in Egypt; vicious civil wars, like the current conflict in Syria; a resurgence of jihadists gaining footholds in Libya, Iraq, Afghanistan, and the Sinai; and a shifting and fracturing of alliances and enmities of the sort throwing Lebanon and Jordan into turmoil. Meanwhile, American foreign policy has been confused, incompetent, and feckless in insuring that the security and interests of the United States and its allies are protected. END_OF_DOCUMENT_TOKEN_TO_BE_REPLACED

1) Red lines: Does anyone believe we would be on the eve of a war with Syria had not Barack Obama on two occasions — echoed on two others by Secretary of State Hillary Clinton — warned Bashar Assad of red lines surrounding the use of WMD? END_OF_DOCUMENT_TOKEN_TO_BE_REPLACED

Ostensibly, even an intervention of the most restricted sort in Syria, given the loud proclamations of the limited nature of cruise-missile attacks, should not pose geostrategic risks anything like costlier major ground operations of the sort we conducted in Afghanistan and Iraq. END_OF_DOCUMENT_TOKEN_TO_BE_REPLACED 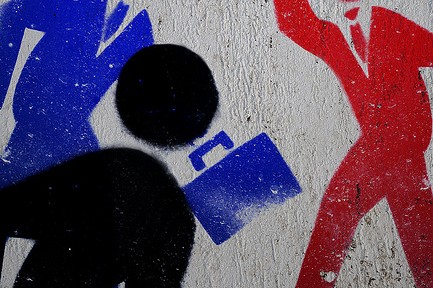 Such a crushing burden on END_OF_DOCUMENT_TOKEN_TO_BE_REPLACED 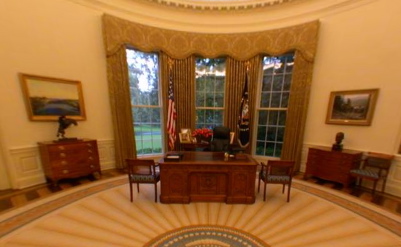 Mouthing Sixties-style anti-Western slogans is the way to win the president’s heart.

There were many paradoxes left after the protests of the 1960s. One of the worst was American elites’ hypocrisy toward authoritarianism abroad.

Most Americans granted that anti-Communist strongmen like Ferdinand Marcos, Augusto Pinochet, Mohammad Reza Shah Pahlavi, and Anastasio Somoza stifled liberty and freedom. Yet they further agreed that during a lose-lose Cold War, in which our enemies the Soviet Union and Red China had collectively murdered perhaps 80 million of their own people, there were no good choices. Thus they were willing to go along with the American government’s support for right-wing thugs who were enlisted in the war against Communism, although the elites, especially in the academy, regularly castigated them. END_OF_DOCUMENT_TOKEN_TO_BE_REPLACED

The “comprehensive immigration reform” bill cooked up by the Senate has a decided Obamacare stink to it. Like that disaster, the immigration bill is rushing to solve a whole host of complex problems with a massive, muddled bill few Senators will have the time or inclination to read in its entirety, with the same plethora of unforeseen expensive consequences, all perfumed with the same dubious CBO estimates of money saved and revenue increased. END_OF_DOCUMENT_TOKEN_TO_BE_REPLACED